Sub-$2 Gasoline Available In Much Of Downstate Illinois

The average price of a gallon of Regular-grade gasoline has fallen below $2 in Champaign-Urbana. And prices are now below the $2 mark at many gas stations in downstate Illinois.

Analyst Patrick DeHaan with the gas price tracking website GasBuddy.com says the speed at which prices have fallen continues to surprise him.

“What a difference a year makes”, said DeHaan. “You talk about Champaign prices today, about a dollar-98. A year ago, 3 dollars and 26 cents a gallon. So you’re talking about prices today a dollar-28 a gallon lower than a year ago. Certainly a big surprise, if you ask me.“

DeHaan thinks those prices may be within five or ten cents of bottoming out. He says gasoline prices should start rising in January or February, when oil refineries cut back production for seasonal maintenance and retooling. But DeHaan predicts gas prices in 2015 will stay lower overall than the year before.

“Gasoline prices may struggle to reach three dollars a gallon”, said DeHaan. “And we could be talking about an average price during the 2015 year of somewhere between the mid to upper two dollar gallon area.”

DeHaan credits the overall drop in gasoline prices to increased U-S oil production due to fracking that resulted in lower prices … and the decision by Saudi Arabia and other OPEC nations to lower their oil prices as well.  But he cautions that the current low prices could end, if the Saudis decide to change their policy. 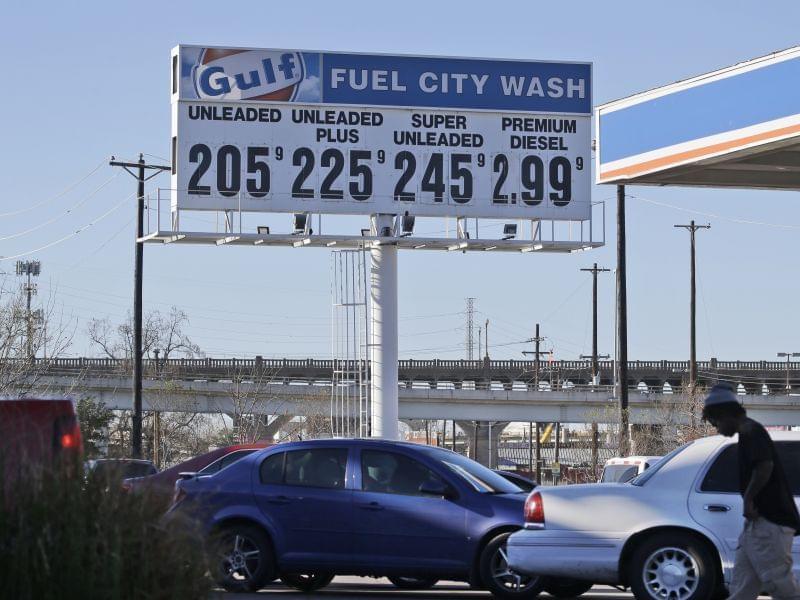 Gas Buddy: Price At The Pump In ‘Free Fall’

Gas Prices Below $3 In Much Of Downstate