A four-month nationwide search has led to a new appointment at the State Universities Retirement System, or SURS. Bryan Lewis will soon direct the $17-billion pension fund.

Lewis currently manages and does the investment strategy for the state of North Carolina's retirement systems. He was unanimously chosen Friday by SURS' Board of Trustees.

His resume also includes time at CitiGroup and Merrill Lynch, as well as other companies.

Lewis will take over the pension system for Illinois' public university annuitants early next month, when William Mabe retires. He's served as executive director the past five years. 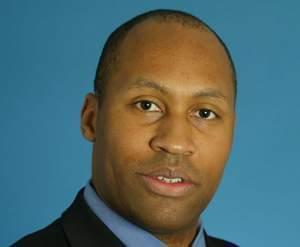 "It's an honor to be selected to lead the great team at SURS," said Lewis, a graduate of the University of Maryland, in a press release. "I look forward working with the Board of Trustees, university and community college leaders, SURS' accomplished staff and state legislators as we continue to improve our processes, communication, and support to our 227,000 members."

Though there's no problem with paying out benefits now, Illinois' pension systems are troubled.  Returns took a hit during the recession, and for years lawmakers bailed on the state's share. Illinois' fiscal forecasting agency last month reported that SURS is only 45-percent funded.