A man being sought for the truck attack on a Berlin street market was shot and killed Friday by police in a suburb of the northern Italian city of Milan, according to the Italian interior minister.

Anis Amri, a 24-year-old Tunisian asylum seeker, had been at large since the attack Monday night. Twelve people were killed when the tractor-trailer plowed into a busy Christmas market.

Another man was briefly detained as a suspect, then released after no evidence was found tying him to the attack. Amri then became the subject of an international manhunt across Europe, with a $100,000 reward for information leading to his capture.

Police say he was in a suburb of Milan when he was asked for identification, and responded by shooting at police officers. They returned fire and killed him.

Police are sure the dead man is Amri; Italian Minister of the Interior Marco Minniti said there is "absolutely no doubt."

Among the evidence linking Amri to the Berlin attack, the BBC's Mike Sanders reports, is the fact that "fingerprints from the man they shot match those found on the steering wheel of the truck used to mow down shoppers at the Berlin Christmas market."

Minniti said that very early on Friday morning, a two-man police patrol stopped a man who they say was acting suspiciously.

"As soon as he was asked to show his identification papers, the man pulled out a gun and fired at one of the officers in the shoulder," NPR's Sylvia Poggioli reports. "The other patrolman opened fire and killed the suspect."

The injured policeman is being treated at a hospital, Minniti said.

Sylvia reports that Italian media are abuzz with accounts of Amri's past. He served four years in prison "for setting fire to a migrant center after his landing on the Italian island of Lampedusa in 2011," according to Italian media.

Reports suggest he was radicalized during his sentence, Sylvia says.

"He was repeatedly transferred among Sicilian prisons for bad conduct, with prison records saying he bullied inmates and tried to spark insurrections," The Associated Press reports.

As NPR's Bill Chappell noted yesterday, one of Amri's brothers in Tunisia spoke to the German newspaper Bild and raised the possibility that his brother may have been radicalized in prison

Both Italian and German officials had identified Amri as a potential threat; both governments attempted to deport him, Bill reported..

But they were stymied by the fact that he didn't have a valid passport, and Tunisia wouldn't acknowledge him as a citizen. 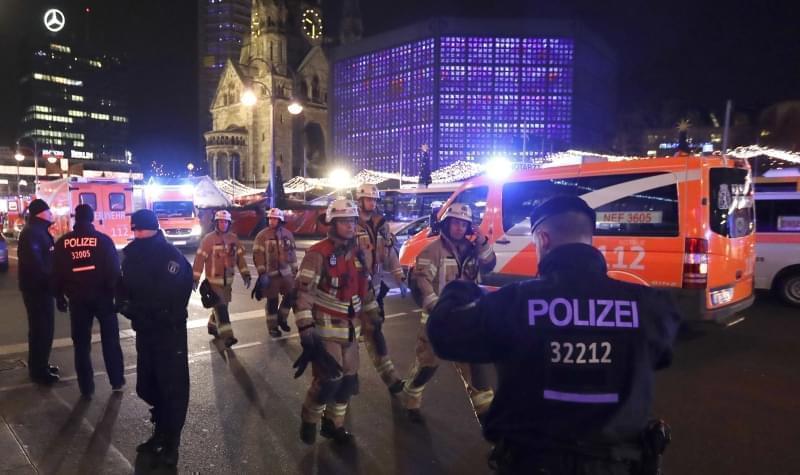