Roger Stone, the longtime Republican political operator and confidant of President Trump, has been arrested in Florida after being indicted on seven counts including obstruction, witness tampering and making false statements in connection with the Russian attack on the 2016 election.

Stone appeared at the federal courthouse in Fort Lauderdale, Fla. He did not enter a plea. He was released on $250,000 bond and with travel restrictions that confine him to South Florida, New York City and the Washington, D.C., area.

Stone's next court appearance is expected to be in Washington although it isn't clear when.

The indictment, returned by a grand jury impaneled by Justice Department special counsel Robert Mueller, is the first to charge an American in connection with one of the best-known aspects of Russia's attack on the 2016 election: the theft and release of emails that embarrassed political targets including significant figures in the Democratic Party.

In the indictment, the special counsel's office alleges that Stone was in regular contact both with WikiLeaks, listed as "Organization 1," and the Trump campaign during critical times around the release of emails stolen from the Democratic National Committee and a top Clinton campaign official.

"After the July 22, 2016 release of stolen DNC emails by Organization 1, a senior Trump Campaign official was directed to contact Stone about any additional releases and what other damaging information Organization 1 had regarding the Clinton Campaign," the indictment says.

In other words: Stone told the Trump campaign that WikiLeaks had more ammunition for use against Democrats, prosecutors allege.

On October 4, 2016, WikiLeaks was set to make a major announcement that wound up being a bust. The indictment describes people connected with the Trump campaign — including a senior official — reaching out to Stone to ask what happened.

Stone reassured them that WikiLeaks would come through and the material it released next would be damaging to Hillary Clinton, prosecutors write. Then, three days later, at a particularly dark moment for the Trump campaign, WikiLeaks released the first of Clinton campaign chairman John Podesta's emails.

"On or about October 7, 2016, Organization 1 released the first set of emails stolen from the Clinton campaign chairman. Shortly after Organization 1's release, an associate of the high-ranking Trump campaign official sent a text message to STONE that read 'well done,' " the indictment says.

The Stone indictment is also important because it shows Mueller wants to try to prove that at least one person in the Trump campaign's orbit colluded with Russian's election interference. In 2016, WikiLeaks was fencing material stolen by Russian cyber-operatives, according to earlier charges brought by the special counsel's office in its investigation of the attack on the presidential election.

WikiLeaks has denied it obtained the material it released from the Russian government. And prior to his arrest and indictment this week, Stone has repeatedly denied that he conspired with the Russians who attacked the 2016 election.

Responding to the indictment and arrest of Stone, White House press secretary Sarah Sanders attempted to distance it from the president.

"The president did nothing wrong," Sanders said in a Friday morning interview on CNN. "There was no collusion."

She didn't respond directly when asked whether Trump had directed campaign aides to contact Stone about the hacked emails. Sanders also erroneously claimed the Mueller probe was supposed to prove collusion by the president — the investigative mission of the special counsel is broader than that — and she said that hadn't been proven.

Stone has been a political operator for decades; he has a tattoo of Richard Nixon's face on his back.

At one time, he was in business with another important Trump world figure, onetime 2016 campaign chairman Paul Manafort, who has since become a cooperating witness in Mueller's Russia probe following a conviction in one federal case and a guilty plea in a second.

Stone has cultivated an image as a "dirty trickster" and sought attention in the press, a Netflix documentary and a book that lays out his "rules" of operation in the politics game.

Stone was not a formal member of Trump's campaign in 2016 but he spoke often by phone with the then-candidate and other people in Trump's inner circle back then.

In May of 2018, he told NPR that he did not conspire with the Russians who attacked the 2016 election and that he felt he ultimately had nothing to fear from the special counsel — even though he also said he expected to be indicted.

"They're following a fake news narrative, which continues to repeat incorrectly that I had advance knowledge of the content source or exact timing of the WikiLeaks disclosures," Stone told NPR at the time.

"If you read that enough times in the media, you might begin to believe it. Unfortunately, there is no evidence or proof that that is the case because it is false," he also said.

What Stone says now is that he's the victim of his own hype: He tried to make himself appear to Trump's campaign in 2016 that he had an inside connection to WikiLeaks, but he actually didn't.

Yes, Stone says he did email Trump's then-campaign head, Steve Bannon, and talk about WikiLeaks' plan to help the Trump campaign. But Stone says he wasn't serving as a real interlocutor between Trump world and WikiLeaks boss Julian Assange.

He was just posing, he claims, based on what he'd seen Assange say in interviews or the press: "What I am guilty of is using publicly available information and a solid tip to bluff, posture, hype and punk Democrats on Twitter," Stone wrote in November 2018. "This is called 'politics.' It's not illegal."

Stone drew a lot of public attention as the Russian active measures against the 2016 election were coming into focus, but before so much information about them had been established publicly.

Stone said in a conference call in early August 2016 that Assange would continue to release politically damaging material to hurt Hillary Clinton — material that originated with Russia's military intelligence agency, the GRU.

Mueller's office detailed the alleged interaction between the GRU and Assange in a July 2018 indictment. The Russian intelligence offers also allegedly gave Assange emails stolen from the Democratic National Committee.

Stone also wrote on Twitter on Aug. 21, 2016, that Clinton's campaign chairman, John Podesta, would soon have "his time in the barrel;" later WikiLeaks embarrassed Podesta by releasing his emails.

Stone has said his tweet wasn't a reference to the emails.

Since then, however, court documents released in connection with the special counsel investigation have suggested there were a number of direct messages between Stone and an online persona used by the Russian military intelligence officers who launched the cyberattacks.

This story was updated at 11 a.m. central time on January 25 to add information about Stone's initial court appearance. 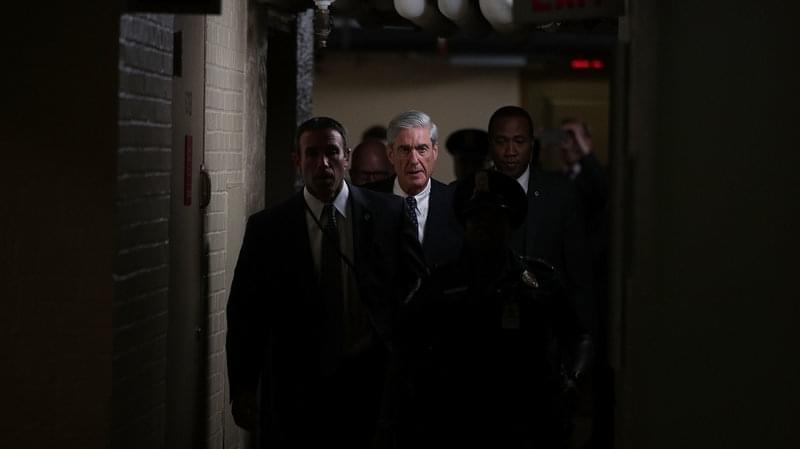 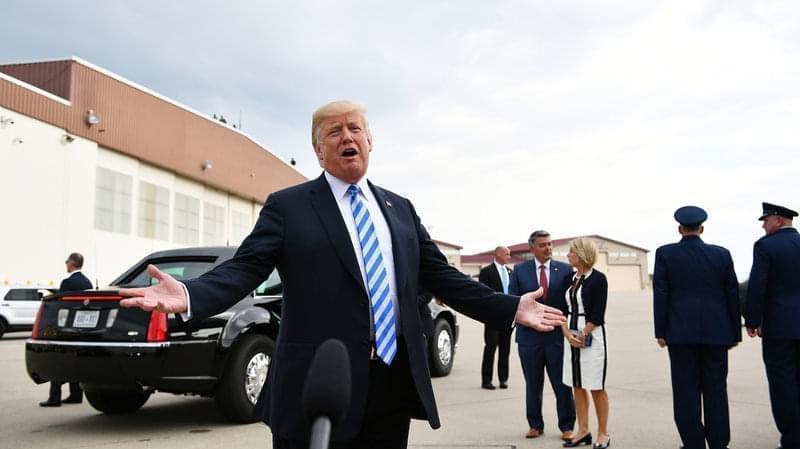 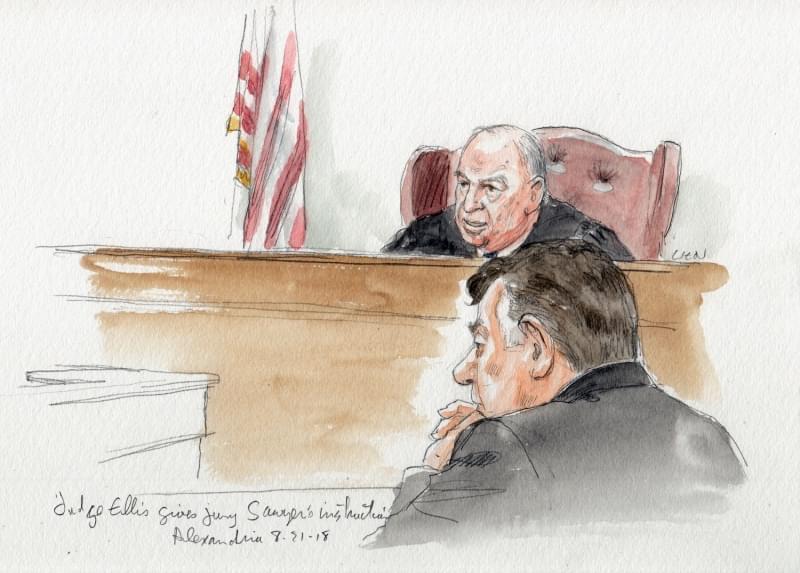 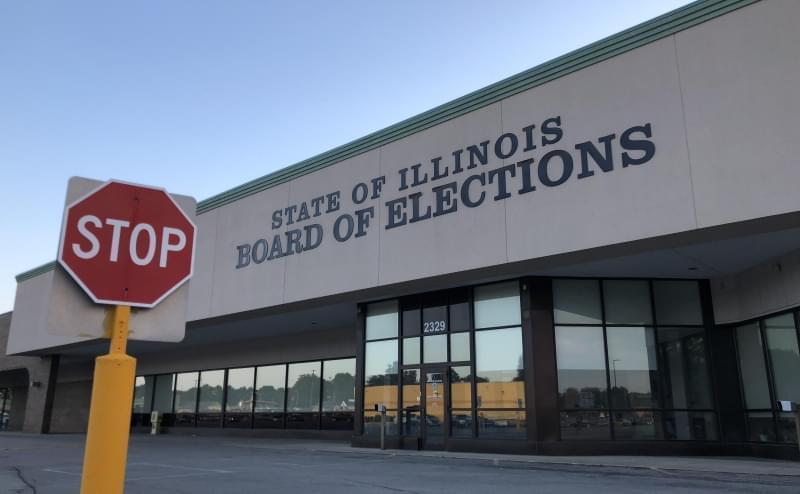 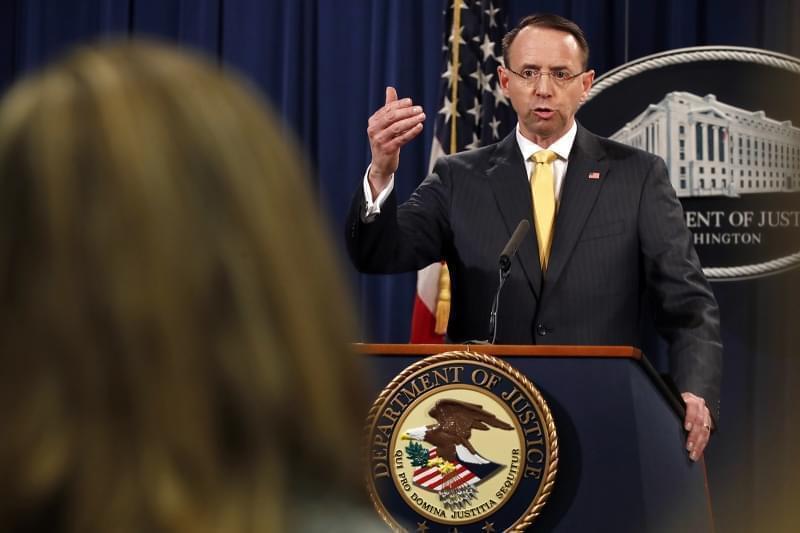