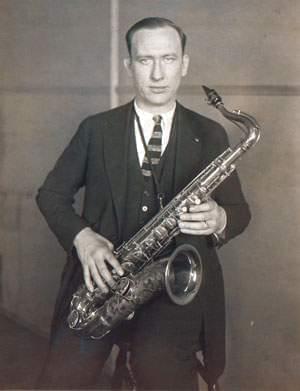 A local record label known for archival work will again be at the Grammys.  'Isham Jones: Happy', on Archeophone Records, reissues 1920 recordings of a saxophonist and Chicago band leader.

But Archeophone co-owner Richard Martin said their goal is seek out earlier, underrepresented material from the teens and early 20’s.

“So in the case of Isham Jones, here is a band leader who is one of the most important figures in the development of the American dance band sound," he said.  "He’s celebrated from his hot jazz sides from the 1930’s – but he started in 1920.”

"(Jones) wrote hundreds of songs, and maybe 30 of them were hits," said Sager.  "Jones said that it was just dance music.  And he was very clear, saying jazz is not necessary dance music.  All jazz is dance music, but not all dance music is jazz, and I think he understood what good, hot playing was about and incorporated it in his ensemble, but it was never considered a jazz ensemble."

Martin and Hennessey said there was a specific character to Jones’ sound in Chicago clubs.

"If you compare his arrangements with other people’s, his records sound very much ahead of their time," said Martin.  "They don’t sound like the other dance band orchestras recorded contemporarily.  And they don’t sound like his hot jazz.  It’s a very different feel."

"There are no lead vocals," said Hennessey.  "No lead coronet or trumpet – that’s the hallmark of jazz that emerges.”

These two nominations mean Archeophone and their collaborators have picked up 11 of them total – their one Grammy win was in 2007, a Best Historical Album award for “Lost Sounds – Blacks and the Birth of the Recording Industry.”

The Grammys will be handed out February 8th in Los Angeles.