The University of Illinois unveiled its second Illinois Climate Action Plan (iCAP) for the Urbana campus this week. It’s an update of the first plan, issued five years ago.

Both the old and the new plans include the goal of achieving carbon neutrality on the Urbana campus by 2050. But university officials are considering a proposal to try to achieve that goal a lot sooner.

Benjamin McCall is Associate Director for Campus Sustainability for the U of I’s Institute for Sustainability, Energy and Environment. He told a campus forum on the iCAP plan on Wednesday that the world is seeing climate change, and effects from greenhouse gas emissions that are worse than had been predicted just a decade ago.

“And so this Climate Action Plan calls for a detailed study to determine what steps the campus would need to take to accelerate our efforts and achieve carbon neutrality by 2035, rather than 2050,” said McCall.

A campus Sustainability Council will make a final recommendation to the chancellor on the question.

The goals of the new Illinois Climate Action Plan include cutting energy use on the Urbana campus by 30 percent in five years, and in half by 2050; cutting agriculture emissions in half in ten years; and a complete elimination of energy emissions on campus by 2050.

Urbana campus Vice Chancellor for Research Peter Schiffer told the forum that the new iCAP plan would build on the progress made by the first plan, issued in 2010. Since that plan was announced, Schiffer says the Urbana campus reduced existing building energy consumption by 20 percent, instituted a policy of no net increases in campus building space and now obtains 5 percent of electricity used on campus from renewable sources.

Schiffer called the new iCAP plan an ambitious one, especially given the university’s challenging fiscal situation, due to the state budget crisis.

“Now, given the uncertain fiscal situation, both of the state and the university, we have a responsibility to carefully weigh all of the costs and benefits of everything we do,” said Schiffer at the forum held at the Illini Union. “But we have an obligation to do something. And the cost of inaction is very, very high.”

Schiffer says some of the work contributing to the iCAP objectives will not be obvious to most on campus. But an obvious contribution will be the new solar farm being built near Windsor Road and First Street on the sound end of campus. When it opens in November, the solar farm is to provide 2 percent of the electricity used on the U of I’s Urbana campus.

Schiffer says people may also note renovations being made to older buildings on campus to make them more energy efficient.

“So we can actually invest a little bit of money now, and save money down the line, while saving energy at the same time,” said Schiffer. 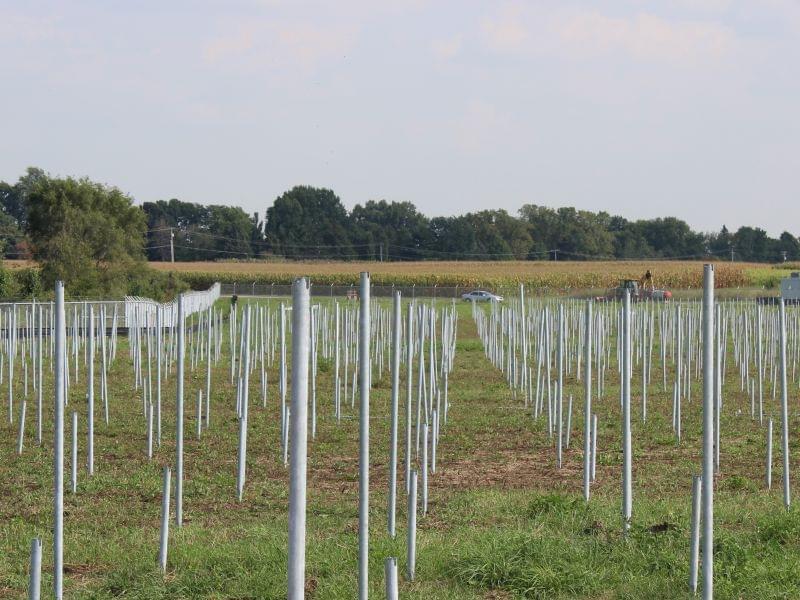