U. Illinois Grad, First Black Professor at U. Missouri Dies

Arvarh Strickland passed away on Tuesday at the age of 82.

Strickland was raised in Hattiesburg, Miss., and did his undergraduate work at Tougaloo College near Jackson, Miss. He earned a doctorate in history from the U of I in 1962, and he taught at Chicago State College.

His 1966 book called History of the Chicago Urban League is about the history of the Chicago League at the start of the early twentieth century to the 1960s Civil Rights Movement. The book also looks at the worst race riot in Illinois, which took place in Chicago over a five-day period, leavingt 38 people dead and hundreds injured. The book has been described as "the first history of a major African American organization." 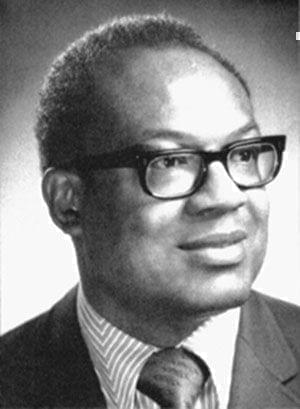 Strickland joined the University of Missouri in 1969, and he is credited for boosting African American enrollment and helping start its Black Studies Program.

“The purpose of black studies is to give an understanding and appreciation of the black role in this country. It is not for ego gratification,” Strickland said. “The part blacks played in building up America is often dismissed, and there is little study of what blacks are doing today.”

He was critical of the university for not taking enough action in hiring and promoting black faculty.

"You have not availed yourself of the diversity and broadened perspective which black faculty members can bring" to these positions," he told the chancellor in 1978.

As a member of the Ethnic Minorities Committee, Strickland also pushed to get black students financial aid.

Strickland went on to become a tenured faculty member in the Department of History, associate vice president of academic affairs, and special assistant to the Chancellor.

He retired from Missouri in 1996, but remained active in the area as a community leader.

The University of Illinois at Urbana-Champaign honored Strickland in 1997 with the Alumni Achievement Award from the College of Liberal Arts and Sciences.

“I would urge young people not to let barriers, real or imagined, keep them from preparing themselves to fulfill their dreams,” Strickland said when receiving the Alumni award. “And to not let anyone convince them that their dreams are unattainable.”

“To have an endowed chair created in your name is a great honor," King told Illinois Public Media. "The University  and the university community raised over $500,000 when he retired, and then the state legislator matched and endowed a chair at over $1 million.”

In 2007, the university renamed its General Classroom Building after Strickland, who was the first African-American faculty member there to have an academic building on campus named for him.

"This is literally not about me," Strickland said at the dedication ceremony. "This is a tribute to Lloyd Gaines, Lucile Bluford, to all of those folks who came, and some who tried and found the doors shut in their face, and others who did enter this institution."

"This will represent a tribute to all of these black people who are part of the history of the University of Missouri," Strickland added during the dedication ceremony.

Services for Strickland are scheduled for Saturday morning at Missouri United Methodist Church in Columbia, Mo., with internment at Memorial Park Cemetery.