The University of Illinois’ Athletic Director says football coach Tim Beckman will return for a third season in 2014.

Athletic director Mike Thomas said Monday through a spokesman that Beckman will return. Thomas and Beckman plan to talk later this week about the football staff and other aspects of the program.

Speculation about Beckman's job security followed him through much of the 4-8 season that ended with Saturday's 37-34 loss to Northwestern. The Illini went 2-10 in his first year.

Beckman was traveling Monday and not available for comment. He is finishing the second year of a five-year contract.

Following a 37-34 loss to Northwestern to close out the season Saturday, Beckman told reporters his team has improved in every facet of the game, and that his players are doing things in the classroom that have never been done.

"We understand that it's about W's," he said.  "We all understand it's about W's.  But community-wise, what the kids' perception is around this community.  What type of human beings they are.  All those things are a credit to the senior class, and to this football team.

U Of I Football Staffer Faces Weapons Charges 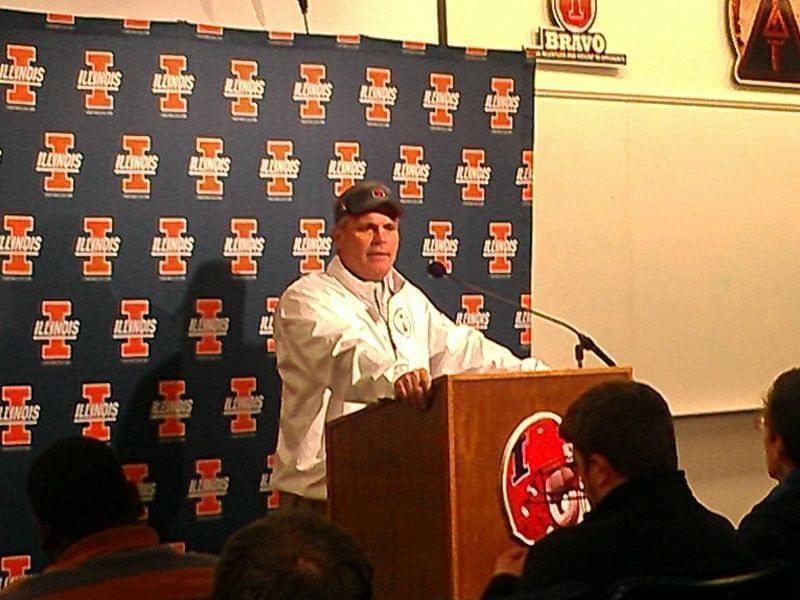