A group of former Chief Illiniwek portrayers has brought its plan to bring back the symbol to University of Illinois Trustees, one met with harsh words by a leading faculty member.

Rick Legue of the Council of Chiefs, who portrayed the Chief in 1966 and 1967, suggested before the Trustees at their meeting in Chicago on Wednesday what he calls a compromise initiative between the Peoria Tribe of Oklahoma and university leaders.

"The agreement is proposed for a two year period of time," he said. "After which, all parties could evaluate whether or not to continue, and how.”

Legue said this ‘forward-looking representation’ would not include the traditional dance of someone in Chief regalia. Rather, his group wants a 'stationary appearance’ of the chief during two halftime performances of the ‘3 in 1’ by the Marching Illini.

The Council of Chiefs also wants a one-day fundraiser for the Peoria Tribe, the U of I, and other Native American groups.

U of I Spanish Professor Joyce Tolliver of the Senate Executive Committee said the use of the chief’s symbol ‘sharply divides’ the university community.

"The intensity of that division has not diminished even though in recent years it has not been on daily display," she said. "That division will become a matter of regular public display again if the request council of chiefs is granted.”

Peoria Tribe Chief John Froman said earlier this month that they are not willing to be part of such a plan without the U of I’s consent.

Both comments at the Trustees meeting in Chicago were met with light applause by backers, but no response from Trustees or administrators during the meeting.

U of I Urbana Chancellor Phyllis Wise has maintained the chief is not coming back. 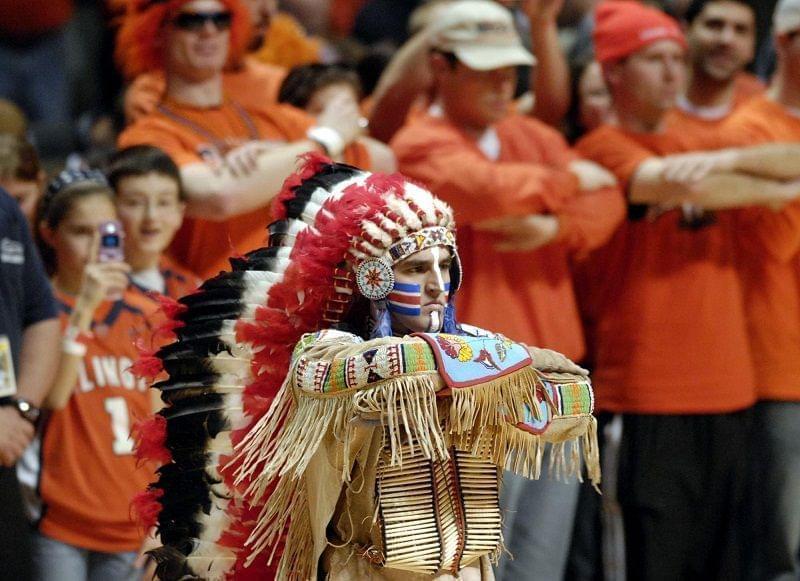