After two weeks of sometimes violent protests, the family of Michael Brown finally took some time to mourn on Monday. The funeral service for the unarmed 18-year-old killed by officer Darren Wilson was held in a St. Louis megachurch.

At a rally on Sunday, that's what Brown called for: calm and peace while his son was laid to rest.

Once inside, McSpadden stood before her son's casket and cried. She dabbed her eyes with a handkerchief and shook her head. She looked up at the heavens and shook her head, again and again, tears running down her face.

The service was marked by resignation and anger and remembrance, but also by a clarion call for a day of reckoning.

"We should not sit here today and act like we're watching something that is in order," the Rev. Al Sharpton said. Mothers and fathers are not supposed to bury their children.

That means, Sharpton said, that the demonstrations should turn into legislation that protects black children from being shot in the street. But it also means, he said, that the black community needs to "clean up our community so we can clean up the United States America."

The Associated Press reports that Sharpton said he knows how this story ends.

As NPR's David Schaper reports, during a rally at one of St. Louis' biggest parks on Sunday, Michael Brown Sr. called for calm.

"Tomorrow, all I want is peace while my son is being laid to rest," Brown said. "That's all I ask."

"We don't want anything tomorrow to happen that might defile the name of Michael Brown," Sharpton said. "This is not about our rage tomorrow. It's about the legacy and memory of his son."

Reporting from Ferguson, NPR's Martin Kaste says the St. Louis suburb has calmed down quite a bit. The crowds have dwindled, and the rage that burned just a few days ago has turned. 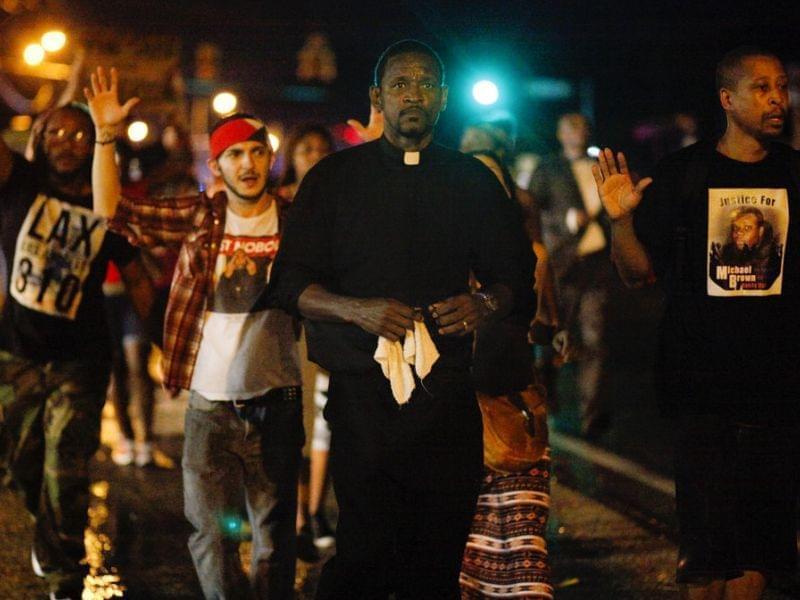