The U.S. EPA expects to test at least 10 homes for toxic vapors in one Champaign neighborhood. On-Scene Coordinator Andy Maguire says about 30 residents attended a public meeting last week for those living in the 5th and Hill area – near the site now owned by Ameren that once held a manufactured gas plant.

Maguire says that as of now, six residents, including the owner of some rental properties in the neighborhood, have signed up for the free tests.

Some residents there have long complained of headaches and other health concerns, and strange odors in their groundwater during heavy rains.

Acting on a request from Champaign County Health Care Consumers, Maguire says the federal EPA’s first step was to sample groundwater in the area.

“Basically we’re looking for any chemical vapors that are in the soil between the groundwater and the surface," he said. "And so we did that investigation, and we found some chemicals floating around, nothing that was overwhelming, but there was some floating around.”

Ameren Illinois and the Illinois EPA both contend the health problems cannot be related to the former gas plant site.

In a statement last week, Ameren spokesperson Brian Bretch said any vapors might come from the site of a former bulk petroleum storage facility at nearby Fifth and Washington Streets.

Maguire hopes to get more residents signed up for the U.S. EPA vapor tests, and plans to conduct the tests in early 2017. 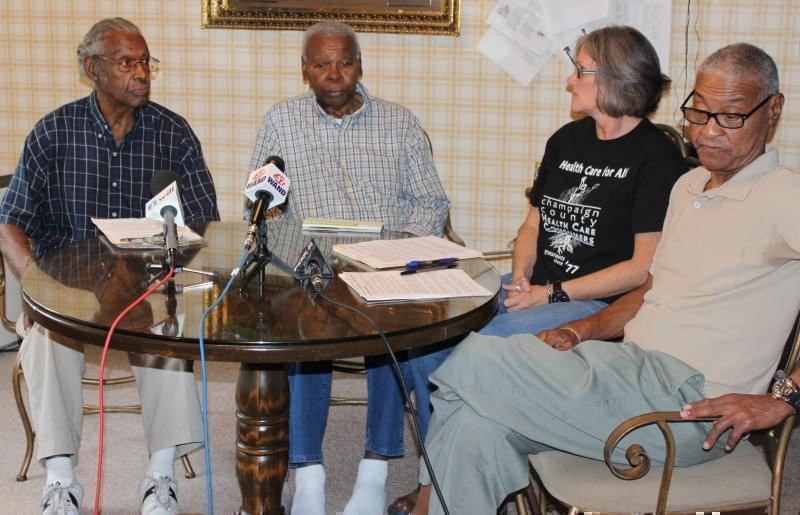