Several proposals for solar farms have come before Champaign County officials this year. The biggest proposal by far will come to the county board in January, after winning approval from the county Zoning Board of Appeals Thursday night.

The Zoning Board of Appeals voted 4 to 2 with one member absent to recommend approval of a Special Use Permit for a 150 megawatt solar farm on approximately 1,191 acres at a site east of Sidney. The proposed utility-scale solar panel facility is proposed by Irvine, Calif.-based BayWa r.e. (for “Renewable Energy”). It is one of several solar farm projects that have been proposed this year in Illinois by companies that hope to be awarded renewable energy credits under the state’s Future Energy Jobs Act.

ZBA Member Debra Greist praised BayWa r.e. (a subsidiary of the BayWa Group, a German conglomerate) for its willingness to address the public’s concerns about potential noise from the solar farm’s electrical equipment, by “relocating materials within the project, relocating the project itself and moving forward with putting housing over the inverters to ensure that the decibel rating stayed below the 39 dBA.”

Greist referred to noise levels generated by the equipment used to process the electricity generated by the solar panels at the facility. BayWa’s willingness to keep noise levels below 39 dBA goes beyond the noise limits in Champaign County’s recently enacted zoning rules for solar farms.

BayWa is also agreeing to maintain trees and other vegetation as a buffer between the solar farm and its neighbors, and to replace drainage tile on the farmland where the facility will be built.

At the same time, the ZBA is recommending three waivers of zoning rules for the project. They would allow the solar farm to be built within a half-mile of land zoned by Champaign County as Conservation Recreation. BayWay would also not be required to show its plans right away for the solar farm’s eventual decommission and land reclamation. BayWa could also put off a Roadway Upgrade and Maintenance Agreement with local highway authorities.

Critics of the solar farm have been regular attendees at ZBA hearings for the project (Thursday night’s meeting was the third one). They include officials from nearby Sidney, and some of the project’s immediate neighbors.

One of those neighbors, William McKee of rural Sidney, told the zoning board that he worried about chemicals from the solar panels possibly leaking into the groundwater supply as the panels deteriorated over time.

“How often are you going to be inspecting it to make sure that we don’t have leaks into my water, with all that going on?” asked McKee.

In response to questions at a previous meeting, BayWa officials say the solar panels nearest to McKee’s property would be 367 feet away. But McKee said that was still too close.

“They can put ‘em all day long next to your house at 367 feet, but they ought to be a thousand feet from my house,” said McKee.

The critics of the solar farm also include rural Sidney resident Ted Hartke, an engineer and surveyor who admits he would not be directly affected by the BayWa solar farm, as he lives a few miles away. In addition, Nevertheless, Hartke says he believes the solar farm could cause problems for its neighbors, who he says would have few options once the project is up and running.

“If they’re hurting a neighbor,” said Hartke, “the trouble is, they (BayWa) will be the huge Goliath, and one or two neighbors will not have the resources to go up against this multi-million dollar or perhaps multi-billion dollar energy company.”

But actual construction of the BayWa solar farm, or any of the solar farms recently proposed in Illinois, will depend on their success in obtaining renewable energy credits from the state. Having the credits will allow those solar farms to be among those that can sell their electricity to utility companies that are required to buy a certain among of power from renewable sources.

Projects of the size that BayWa is proposing near Sidney will bid for the opportunity to receive renewable energy credits, while the smaller projects will take part in a lottery. In both cases, those projects that fail to receive credits will likely not be built. 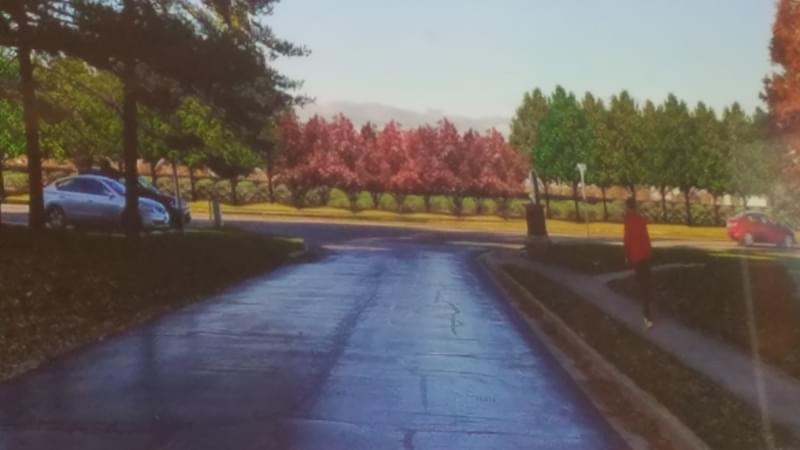