A small garden on the University of Illinois Urbana campus now memorializes Yingying Zhang. She’s the visiting scholar from China who disappeared in June of 2017.  More than 100 people turned out Thursday for a dedication ceremony for the garden, during which a dedication stone was unveiled.

The 600 square-foot garden is at the corner of North Goodwin Avenue and West Clark Street in Urbana, just outside Campbell Hall, home to Illinois Public Media. The garden is located near a bus stop, where surveillance video showed Zhang getting into a car on June 9, 2017. That was the last time she was seen. Shortly after the arrest of a suspect in her disappearance, well-wishers began decorating a cyprus tree near the bus stop with flowers, photos, a teddy bear, and other items in memory of Zhang. Those decorations continue, but the garden is meant as a more permanent tribute.

University Urbana campus Chancellor Robert Jones told the gathering at the dedication ceremony that those who knew Yingying Zhang remembered her infectious smile. Jones said the memorial garden would bring something like that smile to passersby who never knew Zhang.

“They may not know necessarily that it’s Yingying’s garden,” said Jones. “They may not see the dedication stone. But this space will truly be a profound space that brings a bit of joy and a bit of peace at the same time.”

The dedication stone mentioned by Jones states that the garden is “in memory of Yingying Zhang, a Chinese visiting scholar who went missing on June 9th, 2017.”  Zhang’s name is written in both English and Chinese.

The garden was constructed under the guidance of members of the Master Gardeners program of the University of Illinois Extension. Volunteers from that program and the Chinese Students and Scholars Association on campus installed the garden on a 600-foot plot. 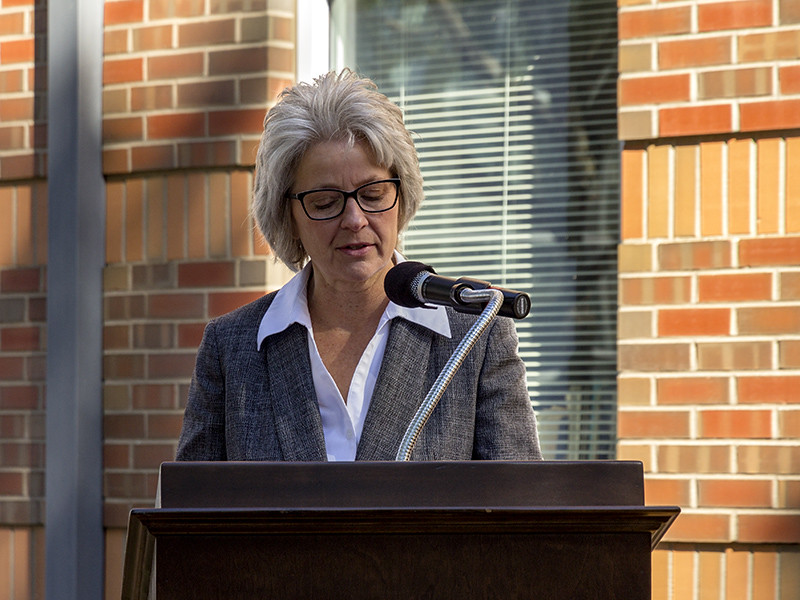 Ryan Pankau, who oversees the Master Gardeners program for a four-county area, says the idea for the garden came from students who knew Yingying Zhang and desired a more permanent memorial than the decorated cyprus tree. He outlined the features of the garden, which was designed by Phyllis Winters-Williams, a member of the Master Gardeners program.

A central feature is a short, meandering pathway leading to a bench. Pavers embedded on the pathway become fewer and fewer as it nears the bench, a pattern that Pankau said was meant to suggest disappearing footsteps. A weeping cherry, a dwarf Juniper on Standard, sweet spire shrubs, oak leaf hydrangea, evergreen boxwood and other plants will in time produce an overall color design of green leaves and white flowers.

Chinese Deputy Consul General Yu Peng said that while Yingying Zhang was on campus for just a short time, the garden would keep her memory alive.

“490 days later, Yingying’s family are still waiting for her to come back and 490 days later, we still cherish all the memories about her, and we still remember her sweet smile,” said Peng. “So we hope for the best that Yingying can come back to us someday, but we prepare for the worst, that she will not. We call for (a) fair and just trial as soon as possible to bring about justice.”

Former U of I student Brendt Christensen is in the Livingston County Jail, awaiting trial on federal kidnapping and murder charges in connection with Yingying Zhang’s disappearance. Zhang remains missing, and FBI investigators presume that she is dead. Christensen’s trial is set to begin April 3, 2019, and the U.S. Justice Dept. has said it plans to seek the death penalty if he is convicted.

Hours before the memorial garden dedication, the man accused of kidnapping and killing Yingying Zhang made his first federal court appearance since February.

The News-Gazette reports that Brendt Christensen was in Urbana federal court Thursday as his attorneys requested more time to examine his mental health.

U.S. District Judge James Shadid granted an extension for defense attorneys to determine whether they’ll use a mental health defense until December third. The previous deadline was September 21.

The News-Gazette reports that Shadid said the extension shouldn’t delay the start of Christensen’s trial, which is scheduled for April of next year. 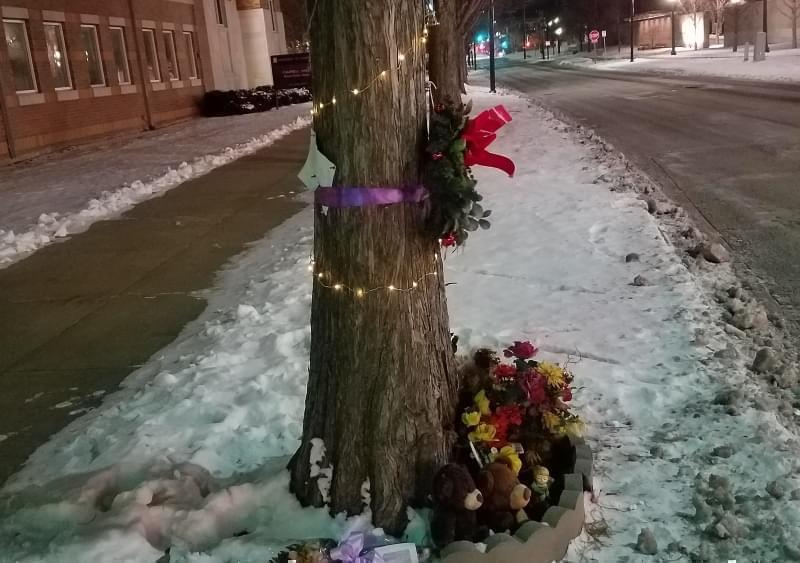