The federal investigation into state Senator Martin Sandoval involves lobbyists, government officials, and construction companies. That’s according to a newly released copy of a search warrant for the senator’s Springfield office.

The warrant suggests an expansive public corruption case, with references to potential violations of seven different sections of the federal criminal code. They include prohibitions on “theft or bribery” around federal funding, wire fraud, and depriving another of “honest services” — a common catch-all in federal corruption cases.

There’s also mention of a law that forbids “interference with commerce by threats or violence,” also known as The Hobbs Act.

§1346: Definition of “scheme or artifice to defraud” (i.e. a scheme “to deprive another of the intangible right of honest services”) §1349: Attempt and conspiracy §1951: Interference with commerce by threats or violence (2/2)— Brian Mackey (@BrianMackey) October 1, 2019

In a copy of the warrant released under an open records request, the Senate blacked out every name but Sandoval’s.

John Patterson, a spokesman for Senate President John Cullerton, who like Sandoval is a Democrat, defended the redactions. “Decisions were guided by an attorney general’s opinion, case law and discussions with the investigative authorities,” he said.

The document includes references to multiple municipal officials, construction and concrete companies, and at least five employees of the Illinois Department of Transportation. No one in the case has been charged with a crime.

Sandoval is a Chicago Democrat who helped shepherd a massive statewide construction plan through the legislature this spring.

In addition to removing items from the senator’s home and offices last week, federal agents visited municipal buildings in the Chicago suburbs of Lyons, McCook, and Summit — all in Sandoval’s Senate district — as well as an asphalt and construction company with ties to the senator. 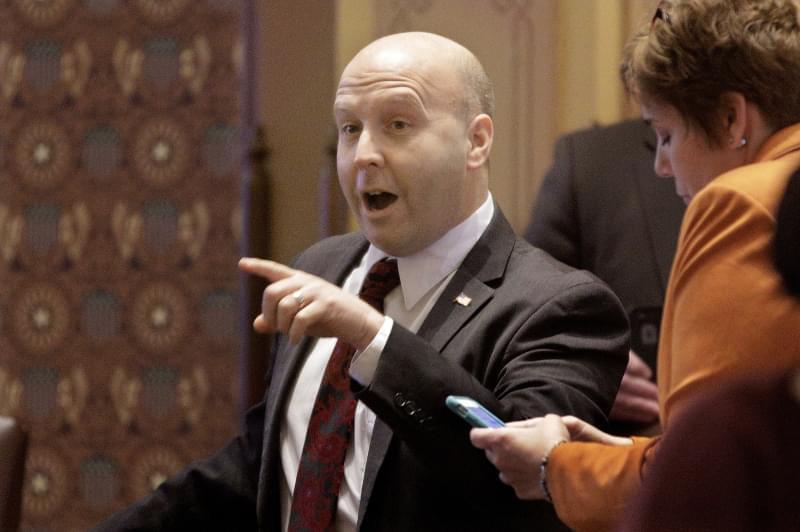