What Illinois Legislators Are Considering To Save Bees

Gardeners would lose a weapon against insects under a measure recently introduced in the Illinois legislature. It's not about ruining your roses. Rather, its supporters' roundabout way of helping flowers -- and apples, pumpkins and the like- to grow, by helping the bees that pollinate them.

There's been a lot of, well, buzz, in recent years about bees' dwindling numbers.

"We know that one of the major threats to bees is a class of insecticides called neonicotinoids," says Rebecca Riley, with the Natural Resources Defense Council, one of the groups pushing a ban on "neonics" at residential settings, and on state-owned lands.

"Bees are really important pollinators. One out of every three bites of food we eat depends on bees for pollination. So things like apples and pumpkins and almonds and coffee --- all sorts of fruits, vegetables, and 80 percent of flowers - depend on bees."

The measure has been introduced in the Illinois House (HB 5900) by Chicago Democrat Will Guzzardi, with ten co-sponsors to date, all of them fellow Democrats.

But the farm groups say the evidence against neonics isn't conclusive, and the pesticides help crops threatened by insects. "They do have a use: to protect our crops from insects," the lllinois Farm Bureau's Bill Bodine said.

Bodine says the EPA hasn't banned them, so it's premature for Illinois to do so.

Separate bills (HB 6182 and SB 2882) would create a special license plate decal in support of funding for bee and butterfly habitats.

Problems For Honeybees And Beekeepers 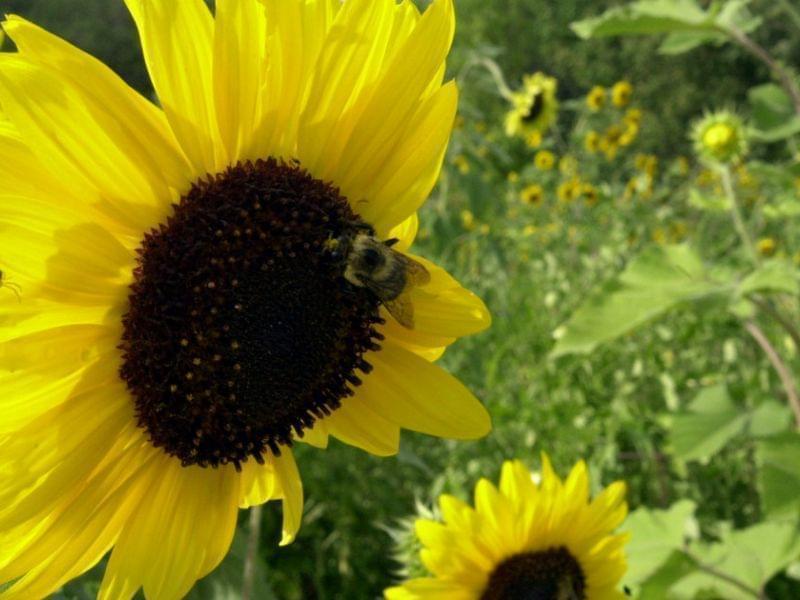