These are the stories of your friends and neighbors from Illinois who served in the Vietnam War, opposed it or became refugees because of the war. Their stories and experiences are woven together in this 60-minute program to reveal the harshest realities of war as well as journeys of survival and recovery. 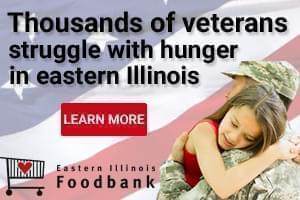 Donald Hyche of Champaign, Illinois enlisted in the United States Marine Corps and served as an area door gunner during the Vietnam War from 1970 – 1971.  He reflects on race relations, combat and his recovery from post-traumatic stress disorder.

Constance Edwards of Frankfort, Illinois served as an officer in the Army Nurse Corps during the Vietnam War from 1966 until 1967.  The United States Army recruited her while she was a student at Tuskegee University in Alabama, where she was born and lived until joining the Army.