Sir Ken Robinson says in the introduction of Creative Schools: The Grassroots Revolution That's Transforming Education that discussions around education reform should start with the basics. “The most fundamental question is, what is education for?” (Creative Schools, Introduction)

He says to start at that basic level because he picked up on something a philosopher, Walter Bryce Gallie said – that education is a “essentially contested concept” – one of many abstract things that “people think they know what they mean by it until they start to get down to the details and then they realize they mean different things,” said Robinson.

So we’ll start with what he believes education’s purpose is. To him “education should be about helping children and young people understand the talents that lie within them, and about helping them become fulfilled individuals and compassionate productive citizens,” says Robinson. “The basic argument of the book is that education should be personalized and not standardized.” 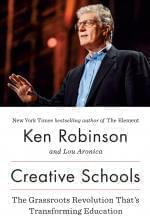 He says what means by that is that each person, and thus each child, is different and yet each student is expected to respond well to a very uniform system. He believes that the education system needs to have more room to respond to how kids learn best and what interests them.

He also says believes it needs to include less standardized tests. “This has become a multi-billion dollar industry,” says Robinson. “I’m not arguing against all forms of standardizing testing. … Some forms of testing are worth [doing] if it serves a constructive purpose.”

However, before No Child Left Behind, Robinson says, students took about 3 to 4 standardized tests. Now they are taking on average 14 tests, even more in some states. “And the result of this culture of standardizing is that we’re seeing higher levels of disengagement among kids, we’re seeing higher levels of kids not graduating from school, of people not knowing what to do next with their lives,” said Robinson.

Part of Robinson’s fix is to bring creativity back into schools – to “stop educating creativity out of kids” as he said in his 2006 TED Talk (He expands on that talk on NPR's TED Radio Hour). “When I talk about creativity, I mean engaging people’s curiosity, developing their curiosity for fresh thinking and also being creativity in how we organize schools themselves. Being innovative in how we put the day together and how we improve the culture of schools,” said Robinson. 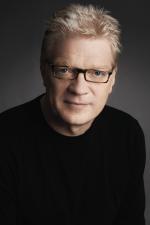 people, what the roles of parents are and the roles of policy makers. But throughout the whole book there’s a sense of partnership.”

The role of all of us whether we are a policy maker, principle, student, teacher or even just a concerned citizen is not to try to improve the system through more policies, tests, mandates, or threats of punishment but to encourage growth “from the ground up – which is where education actually happens and giving people conditions where teachers can do their jobs, where principles can do their jobs, where parents can become involved,” said Robinson. “So the book is really an appeal, and I hope an empowerment, to people in schools and communities to know that they can make a difference and here are examples of people who are doing that.”

“I’ve seen whole communities turned around because there’s a vibrant and creative school in the middle of it,” said Robinson.

One more thing he wants people to keep in mind: “A lot of things that go on in schools are habits, they’re not the result of legislation,” said Robinson. “And they can be changed. We invent institutions we can re-invent them.”