15th District Candidates: On The Issues

Congressman John Shimkus (R) and Champaign County Zoning Board of Appeals Chair Eric Thorsland (D) are fighting to represent Illinois' 15th District in the U.S. House. Illinois Public Media spoke with both candidates for an in-depth look at where they land on issues, and how they'd legislate.

Collinsville Republican John Shimkus has been in Congress since 1997. He says Republicans' plans in Congress are continually squashed by Democrats in the Senate. But he points to bipartisan moves like the Farm Bill as examples of where reaching across the aisle has worked. Shimkus spoke with Illinois Public Media's Jeff Bossert.

Shimkus says the parties have compromise on two major bills, the highway extension measure and Veterans Administration bill.  He says such a thing is done all the time.  The Congressman says he understands the concern among voters, but adds that when government is open and operating, then that shows there is really compromise.  He rejects the premise that the partisan divide has sharpened.   Shimkus says he breaks ranks most often on labor-related issues.

Shimkus says the real debate is “how does someone start out when they’re behind?”  We have a public education system that’s for everyone.

Shimkus says doesn’t believe GOP Rep. Paul Ryan’s budget will cut Pell Grants (he wants to see where it says that in the plan.)  He calls those grants very important, but also says there’s a responsibility on our state institutions to try and keep tuition low.  Shimkus says applying for school and figuring out how to pay is an education in itself.  The Republican says he’s all for allowing Democratic Sen. Elizabeth Warren’s plan to refinance student loans at lower rates based on the state of the market.

Shimkus says the program will only pay 75% of its promised benefits by 2035, if the program is left unchanged.  He says solvency of the program is one question that needs to be debated.  Possible changes he suggests include raising taxes on income and actuarially adjusting retirement age.

The Congressman ‘definitely’ still wants to repeal and replace the Affordable Care Act.  He says most people are receiving less benefits and higher cost.  Shimkus says there’s a small sector that has health care and didn’t before, and have expanded Medicaid – and that it goes back to who decides poverty rates.   The Republican says he would challenge anyone to find someone who’s not paying more and receiving less, but there are some relationships between health care providers that have benefitted.

Shimkus says we’ll have to find out in the fall harvest if the 2014 Farm Bill (and crop insurance programs) are working like they should.   He says it definitely helped during drought conditions, but the question is what’s going to happen now with big yields and low prices.

In his role in the Environment and the Economy subcommittee, Shimkus has been working in a bipartisan on reforming the Toxic Substances Control Act to address asbestos and similar materials.  He’s introduced a new bill that will respond to the asbestos problem.

Military action against the Islamic State

Shimkus has been supportive of President Obama’s airstrikes, and hopes allies in the region put boots on the ground.  He believes a revamped Iraqi military would take the fight to ISIL, and contain them, and destroy them piece by piece.  Shimkus says discussion that we don’t already have ground troops isn’t really accurate, but admits “most of us don’t want to see a redeployment of ground troops from the U.S.”

Shimkus says our country is already upon another Cold War, and that it’s been evident for those who follow Eastern Europe.  He says “the Russians have always meddled in the internal affairs of these countries.  Despite U.S. imposed sanctions, Russian leaders don’t care.  It’s in the culture of Russians to re-establish the empire.”

The Congressman says people need to understand how the virus is transmitted between humans.  “I think as people travel from infected regions, using a temporal scan thermometer at airports is not too much to ask.  This will have public policy makers in Washington re-examine plans for other types of illnesses and communicable diseases,” he said.

Shimkus serves on the Energy and Power Subcommittee.  One recent report noted the Clinton Power Plant is vulnerable for closure.  The congressman says large plants like this provide ‘baseload’ energy, and doesn’t think the public grasps how important they are.  He hopes to provide more certainty to that sector.  “If you go down the climate change debate, nuclear power has to be around.  I try to move good public policy that bring certainty to the market.”

Mahomet Democrat and University of Illinois employee Eric Thorsland is seeking to unseat longtime Rep. John Shimkus. Thorsland says he'd use his experience as chair of the Champaign County Zoning Board of Appeals, brokering bipartisan deals to bridge the partisan divide in Congress. He says he'd expand opportunity to the working poor and middle class by asking more from the wealthiest Americans. Thorsland spoke with Illinois Public Media's Hannah Meisel.

Thorsland says his experience as the Chairman of the Champaign County Zoning Board of Appeals has him making tough decisions in a bipartisan manner, regardless of what elections are coming up. He says he also has hobbies--like hunting or motorcycling--that are often enjoyed by Republicans, making a friendly partnership easier.

Jobs and the economy

The Keystone XL Pipeline is a lot of work for very little payoff, Thorsland says. He says he'd rather focus on investing in transportation and infrastructure to create jobs. Thorsland also says the corporate tax code needs to de-incentivize companies leaving the United States.

Thorsland says social security could be balanced simply by charging the highest earners a little more on their payroll tax. He says he would not support any decrease in benefits.

Raising the federal minimum wage is a top priority for Thorsland. He says hiking the rate would lift many out of poverty who are struggling, easing the burden on government entitlements.

To go after rising healthcare costs, Thorsland says he'd want Congress to go after pharmaceutical companies and weaken the industry's lobbying power. Though Thorsland would prefer a single-payer system, he says "the Affordable Care Act is here to stay and it will work fine."

Thorsland says he doesn't want the coal industry pitted against the EPA. The southern part of the 15th District is heavily reliant on coal, and Thorsland says he'd rather focus on the individual coal miners' wellbeing than on the companies' beneficiaries.

The Farm Bill passed last summer is "clunky," Thorsland says, and doesn't meet everyone's needs. He says Congress should be wary of incentivizing too much risk. He acknowledges the Farm Bill's five-year plan, but says work should start on a new farm bill now.

Thorsland says he supports the immigration plan passed in the U.S. Senate and stalled in the House. He says providing a path to citizenship for those in the country without documentation would boost the nation's economy when workers begin paying taxes and investing.

Military action in the Middle East

Thorsland would not support boots on the ground in Iraq or Syria. He says he's wary of training Syrian rebels because they could defect and join the terrorist group known as The Islamic State.

Though Thorsland refers to Russian president Vladmir Putin as "unpredictable" and wondes if the Cold War ever really ended, Thorsland would not support military action in Russia. 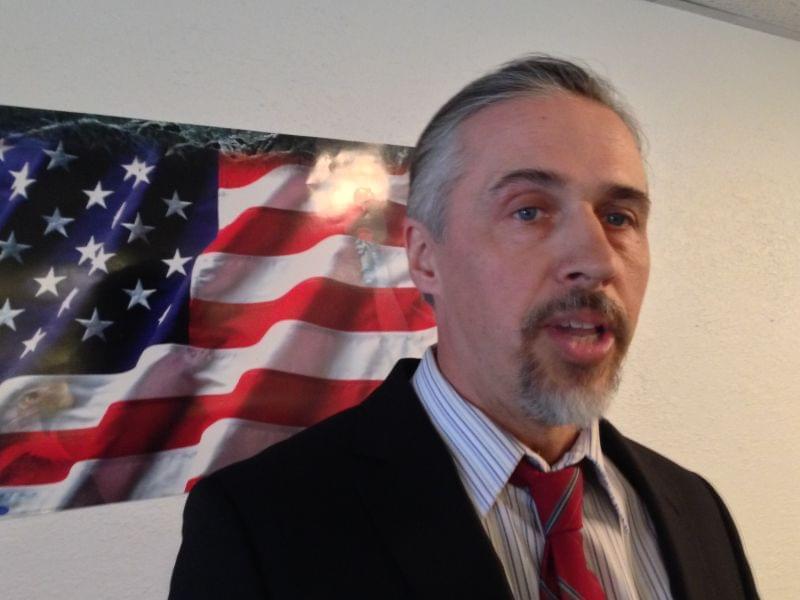