A pregnant woman in prison typically has 48 hours with her baby after it’s born before it’s taken away: an intensely painful experience for the mother and child alike that additionally has the potential to damage the baby’s development.

In Indiana, there is one opportunity for a mother to care for her child in behind bars. Since it started in 2008, more than 175 babies have been born and raised in the cell block as part of the Wee Ones Nursery program at the Indiana Women’s Prison, which provides special housing in which women inmates can live with and care for their babies.

One of those babies is One-year-old Kannan Clemmons. Breast-fed since birth, he’s healthy and weighs 24 pounds. His mother, 35-year-old Clorissa Clemmons, was pregnant when she was arrested on a drug charge.

“I had to stay on hydrocodone when I was pregnant because of being on the heroin I was on,” says Clemmons. “So I wouldn’t have miscarriage.”

She was offered participation in an intensive drug treatment program at the local level, but she had heard about the Wee Ones Nursery, where she could keep her baby. The intimate prison nursery offers an opportunity Clemmons says she likely wouldn’t have on the outside: bonding with her child.

“At home, you would have to work and leave him,” says Clemmons. “Here, other than school three hours a day, I get to be with him 24/7.”

Experts recognize parent-infant attachment as an important part of a child’s development. It allows children to realize their needs are going to be met, which gives them a healthy start.

Leah Hession, who runs the pre-natal program at the prison, says it has strict prerequisites. Women who get to keep their babies must meet medical and mental health assessment requirements, must not have any violent offenses and must have a release date that’s — at most — 30 months away.

“I think we’re the only maximum-security prison with baby gates,” Hession says.

The number of women prisoners is rising around the country. And around 80 percent of incarcerated women are mothers.

Hession says children of incarcerated parents might be more likely to become offenders themselves. A report from the Annie E. Casey Foundation last year outlined the devastating effects parental incarceration has on children: problems as far-reaching and disparate as financial burdens and mental health problems such as depression, anxiety and low self-esteem. According to the report, social isolation, not only of children but of families and communities too, can take its toll.

“What role are we playing to stop that or minimize that?” asks Hession. “What are we doing to make these [families] feel like they are valued in society and accepted back into society?”

She says the difference can be made in social support, community resources, health care, education and an opportunity to be with the newborn.

Women in the Wee Ones program have a recidivism rate of 18 percent, compared with 35 percent statewide. They also leave the prison with a wealth of information about healthy starts for infants, such as lessons about Sudden Infant Death Syndrome and how certain behaviors can affect kids’ health.

“For many of these ladies, this may not be their first child or their last,” says Hession. “Information about smoking … you may not smoke, but if you’re going home to stay with dad or an aunt, they may smoke and what effect that may have on your children.”

Allison Greene is a psychiatric services specialist at the prison. She’s been with Wee Ones since the start. She says communities as a whole benefit from mothers’ knowledge.

“Just because you don’t have anyone in your family in prison, you can have someone next door and you want that person to stay clean and not relapse,” says Greene. “You want your neighborhood to be safe, your city to be safe. It’s not just the families of people who are incarcerated that should be concerned.”

And it’s not just new moms who benefit from the nursery. Wee Ones enlists a small, carefully-selected group of nannies from the offender population to live with and help raise the children. Tina Baxter has nannied for baby Kannan since he was born. She has a son of her own on the outside.

“Not that I don’t remember, but I don’t think I took time to appreciate the little things with my kid when he was growing up, like I do now,” Baxter says.

She could be released early next year.

“I think this dorm has helped me realize how much I’m missing out on, especially when you are watching these kids grow,” she says.

Baxter says she’ll take the lessons she’s learned in the nursery with her when she leaves and try to rebuild her relationship with her son.

This story was produced by Side Effects Public Media, a health news initiative from Illinois Public Media and our regional reporting partners. 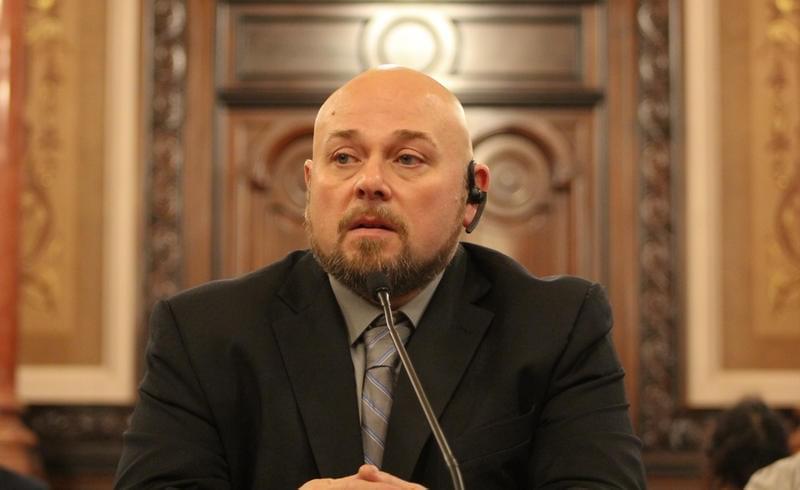