Rescue crews scouring the waters off Indonesia say they have found dozens of bodies and have spotted wreckage that belongs to AirAsia QZ8501, the jetliner that went missing Sunday, carrying 155 passengers and seven crew members.

"'Based on the navy radio, it has been reported that the warship Bung Tomo has retrieved 40 bodies and the number is growing,' Manahan Simorangkir said.

In a statement, AirAsia said the National Search and Rescue Agency Republic of Indonesia confirmed the wreckage belonged to the airplane.

NBC News reports that Indonesia's president and the head of AirAsia were headed to Surabaya, Indonesia, to meet with relatives.

"As grisly images of floating bodies were broadcast on television screens where the families were gathered, relatives sobbed and buried their heads in their hands," NBC News reports. "Some collapsed and required medical treatment." 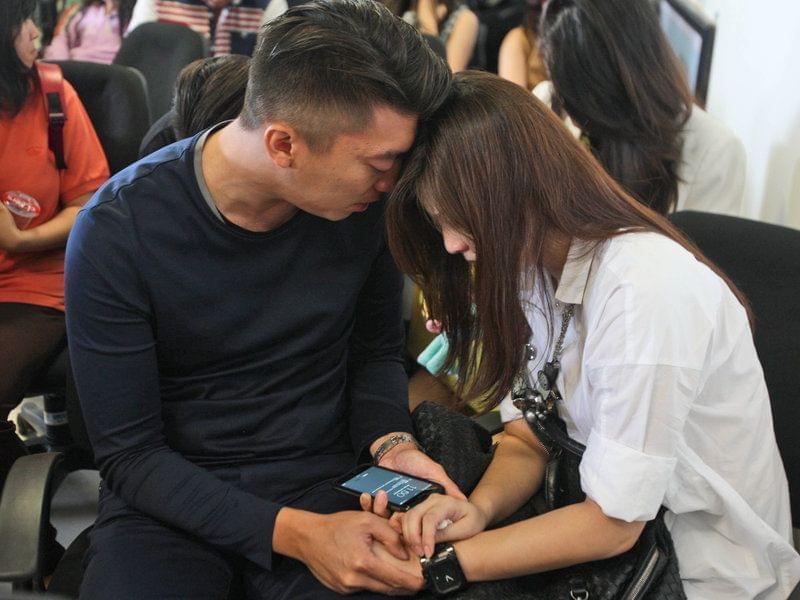