The Champaign Unit 4 School Board approved a measure during a special noon meeting on Tuesday allowing the district to issue up to $73.4 million worth of school building bonds.

Unit 4 voters in 2016 approved a referendum allowing the district to sell $183.4 million in school building bonds to put toward construction projects at six schools and two parks; the district sold $110 million in bonds about two years ago, and Tuesday’s decision takes up the remaining amount that voters approved.

When Unit 4 voters went to the polls three years ago, the projects were expected to cost about $209 million. Now, budgets for all eight projects total more than $245 million.

In addition to the bond sales, the district will use $25 million in reserves to pay for the projects.

It’s unclear how much Unit 4 taxpayers will be on the hook to pay back. In addition to the $110 million in bonds sold two years ago, the district also sold roughly $15 million worth of premium bonds. Guy Cahill, a business consultant for Unit 4, said that extra $15 million doesn’t count toward the total referendum amount that voters authorized in 2016. Additionally, he said, the district could choose to sell premium bonds during the upcoming bond sale — meaning the district could receive proceeds greater than $73.4 million.

“And why might that be important to have?" Cahill said in an interview following the school board meeting. "Scope change along the way, the fact that the labor market is so tight here, especially in this community where there are a lot of projects going on —  it costs more to do business, so to speak,”

The district must sell the bonds before February to allow the Champaign County Clerk time to record the sale on the tax levy for next year. Cahill said authorizing the sale now allows the district the option to sell before the December holiday season, if the market proves favorable at that time. He said a weaker economy and lower interest rates could help the district.

“People look for safe havens, and so they put their money into bonds," Cahill said. "Well, it’s a good time to be selling bonds, because then you get them at a very favorable rate. “So that’s good for the taxpayer because they pay less in interest costs on those bonds.”

Cahill assured board members that selling the bonds in December or January would not impact residents’ tax bills. Cahill said the Unit 4 portion of their tax bills will remain unchanged compared to last year, so long as the value of their home stays the same.

“The overall tax rate will remain unchanged at $5.51 per $100 of equalized assessed value,” Cahill said.

He added that increases in the amount of property value in the district could mean that residents pay less in Unit 4 taxes over the coming years. Unit 4 board president, Amy Armstrong, and the district’s superintendent, Susan Zola, will make the final call on when and how to sell the bonds. All construction projects are expected to be completed by sometime in 2022. 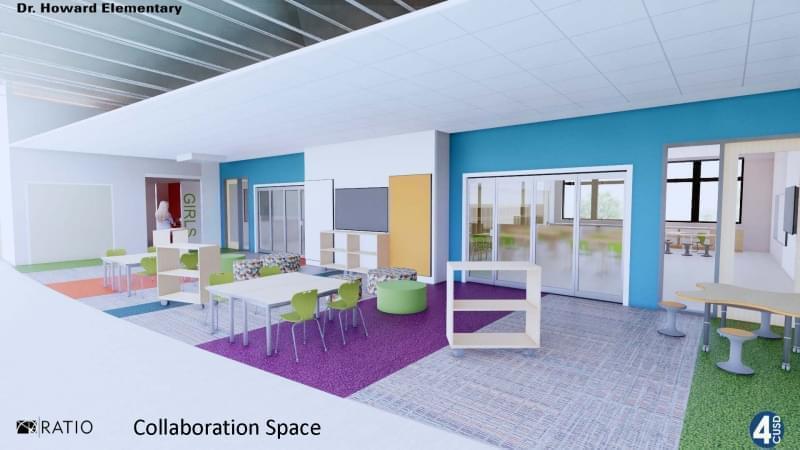