Residents of Champaign’s Garden Hills neighborhood have to deal with a list of problems, including inordinate levels of poverty, gun violence and vacant houses. The neighborhood on the city’s northwest side has another problem: a lack of infrastructure, like storm sewers and streetlights. The Champaign City Council is taking a first step towards a remedy for Garden Hills. But it could be a long wait to the second step.

It’s an overcast day as Clarissa Nickerson Fourman takes me on a tour of Hedge Road, an arterial street that runs alongside the railroad tracks bisecting Garden Hills. Hedge Road is one of the few roads in the neighborhood that has lamp posts, but since there’s no sidewalk, Fourman and I are walking in the street, a street she says is prone to flooding during heavy rains.

“Oh, the streets flood,” said Fourman. “I mean, it’s pretty bad. The last time we came out into this area, it was completely flooded. It’s not passable.”

Floodwater from Garden Hills streets can also get into homes. On the Facebook page for the United Garden Hills Neighborhood Association, a resident posted a video of her flooded basement after a 2018 storm. With the sound of running water in the background, the resident explains that “there’s nowhere for the water to go but inside”.

“And it gets pretty bad, even if it just rains for maybe a couple of hours,” said Fourman, as she pointed out muddy spots along Hedge Road, where standing water had lingered. “It can be pretty devastating on both sides of the railroad tracks.”

Fourman lives in Garden Hills, and represents it on the Champaign City Council. Originally built as a suburban subdivision outside the city limits in the 1950s, Garden Hills is now well inside the city, with a sizable African-American population. It still has only a few streets with sidewalks or streetlights. Storm sewers remain inadequate, and in some places, nonexistent. Fourman says that’s a symptom of the city’s neglect of the neighborhood.

“We all call, at least the people who live here, we call Garden Hills the redheaded stepchild of the city,” said Fourman. “Because we’re the largest neighborhood in the city of Champaign. We have a thousand homes. But for some reason, we just kind of get forgot over here.”

Not entirely forgotten. On March 5, the Champaign City Council voted to spend four million dollars to buy up homes along Hedge Road to build a nearly three-block-long floodwater detention pond --- part of a more than $50 million drainage improvement project that will also include sidewalks and streetlights for Garden Hills. But actual construction on the drainage project won’t begin until 2030. Civil engineer Alex Nagy, who’s overseeing the Garden Hills project for the Champaign Public Works Department, says the city just doesn’t have the money to fix all of its infrastructure problems at once.

“We had to do some prioritization of projects,” said Nagy. “And the ones that were already in queue have been the ones that have had drainage problems, even before Garden Hills was a subdivision.”

In recent years, the city of Champaign has gotten serious about addressing flooding and poor drainage in several parts of the city. New storm sewer lines and floodwater detention areas have been built to control flooding along Boneyard Creek and in the John Street and West Washington Street watersheds. Street closures related to Phase III of the West Washington Street Drainage Improvements began this week. The work has largely been financed by a stormwater utility fee. The fee was increased this year, and is scheduled to rise again in 2021, with some of the new revenues going to work at Garden Hills.

But with other neighborhood drainage projects getting attention now, Garden Hills residents have become frustrated with waiting for something to be done about their flooding and other problems. Garden Hills resident and landlord Chad Smith, spoke at the March 5 city council meeting to protest having to wait ten years for drainage improvements which would then take five years to build.

“And now you’re pushing it off for ten or fifteen years?” said Smith. “I just don’t see it sustaining, with this amount of flooding, the crime, the lack of sidewalks, the lighting. I just ask that you really think about other projects, what we can do to move this up and let this neighborhood survive.”

United Garden Hills Neighborhood Association President Amy Revilla also asked the city council to pay more attention to Garden Hills. Revilla voiced her concern about what will happen to the residential properties to be bought by the city and cleared for the future detention pond. The lots are adjacent to railroad tracks, and Revilla worries that if they exist as vacant lots for the next decade, they could lead to children playing dangerously near the tracks. She also worries that the lots will be used for illegal dumping.

Revilla suggests that maybe the city could at least find money to build streetlights and sidewalks in Garden Hills first, and address the more expensive drainage problems later.

“You know, even though the flooding is bad and it’s terrible, water goes away eventually,” said Revilla. “But the lights, the crime, no sidewalks, does not go away.”

At the March 5 meeting, several council members agreed that Champaign should keep looking for ways to speed up work on the Garden Hills project, although no promises were made. Meanwhile, Mayor Deb Feinen encouraged Garden Hills residents not to give up.

“I think it’s important for the neighbors to continue to come and remind us that, you know, they’ve invested in the neighborhood, and the city needs to do the same,” said Feinen.

The city is offering Garden Hills a little help with its outdoor lighting, if not actual streetlights. The new Garden Hills SLEEP Program (for Safety Lighting and Energy Efficiency Program) offers grants funded by Ameren and the federal government to help homeowners and landlords install yard and entry point lights, along with other improvements such as window and door locks and house numbers.

Meanwhile, the United Garden Hills Neighborhood Association posted a new round of flood pictures on its Facebook page following heavy rains on Saturday, March 9. In one photo, a measuring tape shows the floodwaters on Paula Drive in the neighborhood to be six inches deep. 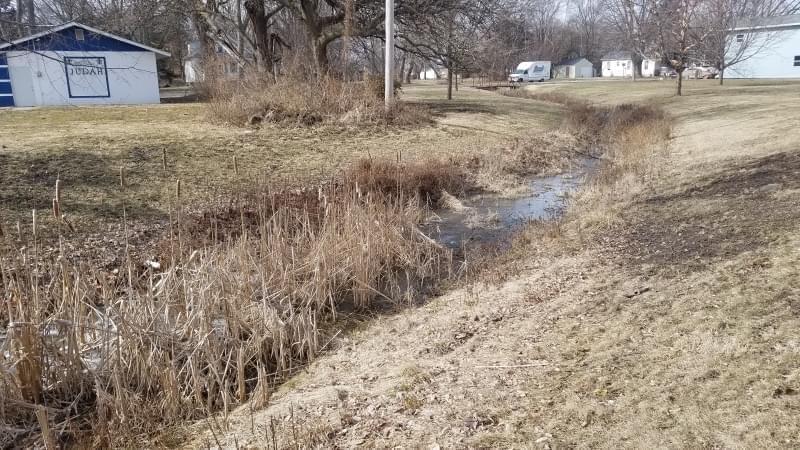 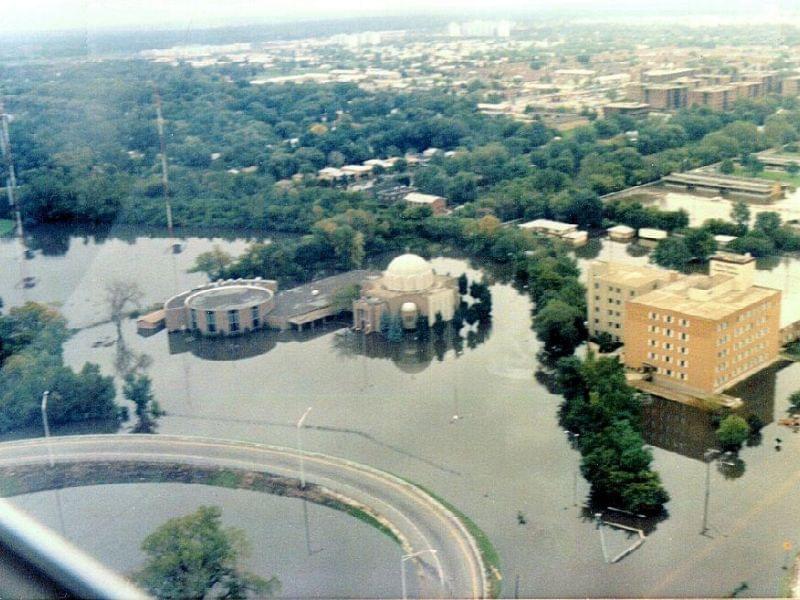