It’s the day after Thanksgiving, and your refrigerator is filled with leftovers from the big meal. You might just warm them up and eat them as they are … or you might get a bit creative. Jessica Gorin has some suggestions on the topic.

Gorin is s the executive chef at Big Grove Tavern, a restaurant in downtown Champaign specializing in Farm-to-Table, New American cuisine. She says you can use those Thanksgiving leftovers in ways that aren’t exactly like what you had yesterday.

Gorin says her typical Thanksgiving dinner takes place at her mother’s house. Her mother cooks the turkey and dressing, while Gorin prepares the side dishes with a California-French approach, reflecting her cooking background. Her Thanksgiving dishes might include Brussel sprouts, green beans, sweet potatoes, and her personal favorite, mashed potatoes and gravy.

Gorin says that however many guests are at the table, she tries to plan for leftovers.

“It’s kind of nice to have the food again the next day,” says Gorin. “Everyone is sad if there’s no leftovers for the next day, because you want to relive that meal a little bit. So we always plan for the dinner, and then enough for maybe one or two meals after that.”

But at the same time, Gorin says serving the same food repeatedly can be tiring, resulting in “palate fatigue.” So she looks for ways to add something new when leftovers are served.

One approach is to use the turkey and vegetables such as roasted potatoes and green beans in a soup, because the cooking process doesn’t require a great deal of attention. Then, says Gorin, “I like to add some other flavors, so it doesn’t taste so reminiscent of the meal before.”

Gorin says she usually tries a Mexican approach, using chicken stock, chipotle, cilantro and maybe some jalapenos for flavor. She advises starting with a base of carrots, celery and onions, adding the leftovers last, since they’re already cooked.

“And it ends up utilizing a lot of the components from the night before,” says Gorin, “but it tastes very different.”

Mexican flavors are just one possibility. Gorin says it depends on the individual. For instance, she says an Asian approach could involve adding oyster sauce and some sriracha to the traditional turkey leftovers.

Gorin suggests leftover potatoes or sweet potatoes can also be mashed or puréed (if they haven’t been already), and used in place of pumpkin purée in many baking recipes for muffins, breads, pancakes and waffles. She says sweet potato pancakes with leftover cranberry sauce can be part of a good Thanksgiving weekend breakfast.

But one type of Thanksgiving food that doesn’t need any alteration is dessert, in Gorin’s opinion.

“Our family is very into pies,” says Gorin, “so everyone is happy to eat pie for breakfast the next day, after lunch, after dinner the next day. It’s sort of our one gluttonous vice.”

One last suggestion from Jessica Gorin: if you really can’t face the kitchen on the day after Thanksgiving, restaurants, including hers, are open and waiting to serve you. 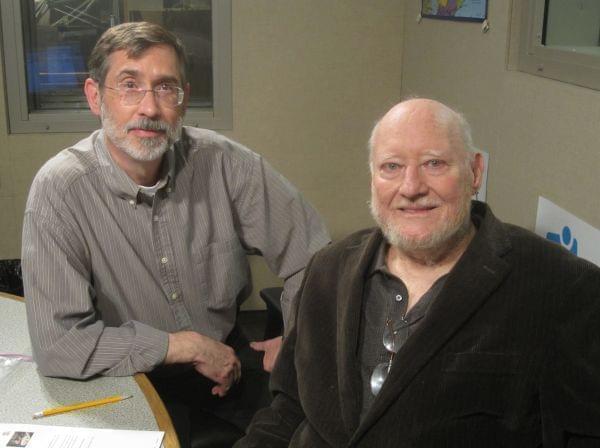 In Memory: A Thanksgiving Feast with Doyle Moore