A two-term Chicago alderman on Tuesday became the first Democrat to formally announce he will seek his party’s nomination to run against incumbent Republican Gov. Bruce Rauner.

Ald. Ameya Pawar, 47th Ward, said he is running because he wants to tackle income inequality and criticized Rauner’s tenure.

“I think it’s time to talk about a progressive vision and stop talking about the status quo or busting unions or reducing benefits or declaring bankruptcy,” Pawar said in a phone interview with Chicago public radio station WBEZ Tuesday. “I just think that’s a race to the bottom.”

The North Side alderman reported having almost $59,000 in his campaign fund by the end of September. Rauner, a wealthy businessman, recently gave $50 million to his own campaign fund. Rauner has said he will run for a second term in the November 2018 election.

Pawar said the state is due for a graduated income tax, rather than the current flat personal income tax rate of 3.75 percent.

Pawar was first elected to the City Council in 2011 and vowed to only serve two terms as alderman.

Pawar is the first Democrat to say he’s definitely running for governor - but several other Democrats have reportedly said they’re thinking of running to challenge Rauner. Those other Democrats include: 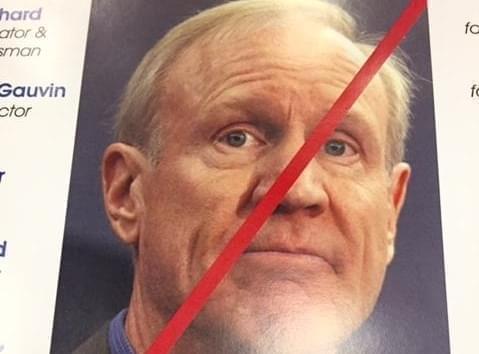 Who’s Up To The Challenge Of Challenging Rauner? The Latest Updates

Who Will Take On Bruce Rauner? Democrats’ Search Begins at DNC