Cynthia “Cindy” Cunningham is one of the two Democrats (the other is the Rev. Frank McCullough, Jr. of Danville) competing in the March 20 primary to be their party’s nominee in the 104th Illinois House District, which includes Danville and Rantoul.

Cunningham, who lives near Royal in rural Champaign County, is a consultant for businesses that provide home and community-based healthcare services.

She says the struggles those businesses faced during the state budget impasse inspired her run for office.

Cunningham says it didn’t make sense to her that nursing homes received their scheduled state payments during the budget impasse, while less expensive home care for seniors was frozen out.

“Through it all, I decided that if I had the opportunity to do so, I wanted to be able to be a voice for reason in the state of Illinois,” said Cunningham. She says that as a legislator, she would like to defend “people’s ability to organize and to bargain collectively with their employers” from what she describes as “an assault on our unions.”

The 104th House District has elected Republicans for several years, but Cunningham says 2018 may be the year when district voters will consider a Democrat. However, she is muted when asked about whether she supports Michael Madigan, the long-time House Speaker and state Democratic Party Chairman. Saying she doubts that any efforts by her to oppose Madigan would be successful, Cunningham says she favors term limits for House leadership positions such as speaker, because they are only voted on by House members, not the voting public. She does not favor term limits for legislators or other state elected officials.

Cunningham supports a switch to a graduated state income tax, replacing the flat tax enshrined in the Illinois constitution. She says that under the flat tax, poor and middle-class people pay a disproportionate share of state taxes.

Cunningham also supports the so-called “LaSalle Street Tax”, a proposed tax on financial transactions, such as the buying and selling of stocks and agricultural commodities. She believes new revenue from such a tax could help the state handle such long-standing problems such as its under-financed state pension system. Cunningham opposes Gov. Bruce Rauner’s proposal to have local school districts and state universities take over more of the cost of teacher pensions.

In contrast to her Democratic primary opponent, Frank McCullough, Cunningham is not opposed to the legalization of recreational marijuana. But she hedges that support with some major caveats. Cunningham says she’s concerned about the current lack of a quick, reliable method for police to tell whether motorists are intoxicated by THC (marijuana’s principle psychoactive ingredient) in their blood. She’s also worried about marijuana as an ingredient in candies (as is done in some states where marijuana is already legal) that can lead to them being eaten unknowingly by children.

Also in contrast to McCullough, Cunningham says she tends to favor a casino for Danville. The idea has been a part of several unsuccessful gambling expansion bills proposed by state lawmakers. Cunningham says a casino could be a positive economic boost for the community. But she says her support for a casino depends on support from Danville’s voters.

The winner of the 104th house District’s Democratic primary will face Republican candidate (and Vermilion County Board Chairman) Mike Marron in November. The incumbent, Chad Hays, is stepping down when his term ends in January. 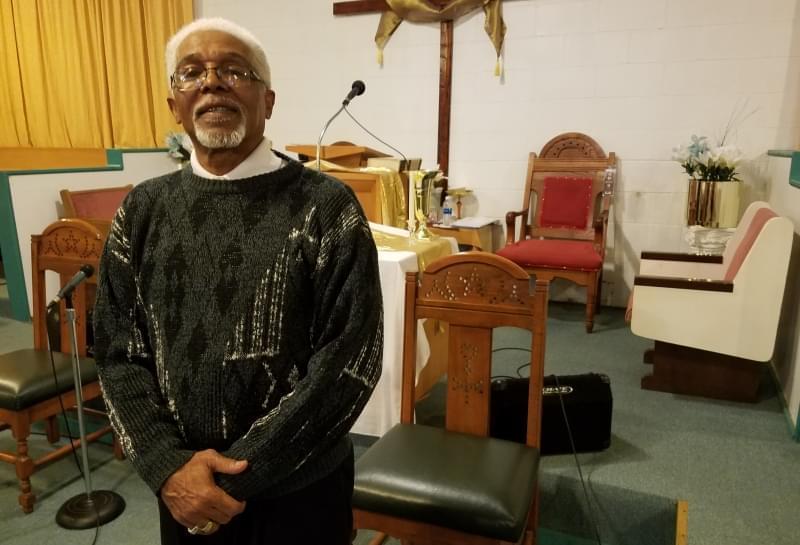