The Champaign-Urbana Symphony Orchestra is performing a work by its composer-in-residence, Stacy Garrop, this Saturday night.

Terra Nostra is a three-part oratorio that will feature the CUSO, the University of Illinois Oratorio Society, the Central Illinois Children’s Chorus, and four soloists.

Saturday night's performance begins at 7:30pm inside Foellinger Great Hall at Krannert Center for the Performing Arts in Urbana.

Illinois Public Media’s Brian Moline spoke with composer Stacy Garrop about the composing and rehearsal process for this piece, which is about the earth and humanity’s search for living in balance with it.

This interview has been transcribed and lightly edited for clarity

Stacy Garrop: I wanted the first part to be called Creation of the World. It's a celebration of the planet itself. So you hear a bunch of creation myths from different cultures, as well as segments from the book of Genesis about "in the beginning." And then we go into just a celebration of the world itself, of all the creatures and how beautiful the world is. And it ends with Walt Whitman's "A Blade of Grass," then that becomes important later in the oratorio.

The second part is called the rise of humanity. And this is where we celebrate all the different triumphs of mankind. And to do that I basically take us from the inventions of the Industrial Revolution. So we've got this steam engine, going to cars, and then finally into airplanes. And then the piece, the whole oratorio starts to shift because that's starting to strip the planet of resources. And we start to take note of what's happening to the planet as humanity is going along and doing what it's doing.

The third part is called "Searching for Balance." So by this point that things in the planet are getting a little more dire. And the attention then falls to particular poet named Wendell Berry. He's an agrarian poet, which means he's living off the land. He's doing everything he needs to survive that way. It's called "The Want of Peace." It's basically saying, "Look, what we're doing to our environment, what can we do to change what's going on?" And from that point on are several Walt Whitman texts, including a reprise of "A Blade of Grass."

But all these texts remind us that we actually came from the earth ourselves, we're going to go back to the earth, we get everything we need from the earth. So maybe we should be living more in harmony with the earth.

Brian Moline: How did you go about finding the text for this work? I imagine that process had to be ultimately a very, very long process but also a very rewarding one, I would imagine.

SG: I think I gathered at least 40 books from Amazon.com. I went under used book section and I got every single book I could find on environmental poetry, creation myths. I only found one book in existence on the Industrial Revolution. And that one was from England. So I had to get that one sent over from England. But it took at least about a year together, all the texts together, and then it took another eight months or so to get clearance on the ones that were in copyright.

And there were some that I wanted that just did not pan out. I wanted one by Alice Parker, and they said, 'We can't give you permission for that.' So out went Alice Parker, and in came a different one. So from the point that we began with the contracts to the point that I began composing, it was a couple of years. So this has been a really long project, just to get it to the point where I began composing around 2014, 2013.

BM: And for anyone who creates work like this, whether it's literary writer, whether it's a composer, I am always interested to learn about that person's process. So for you in your process of writing something like this, how did it work in terms of your musical ideas with the text? Were the ideas, the musical ideas, some of the themes already kind of in your head before you had the text? Or did the text inspire some of the music? How did that work for you?

SG: The text was most important and that's why I couldn't do any composing at all until I had got what I called my libretto together, and that meant all the texts, permissions cleared. But once I did, I looked at all the texts together actually bound it into its own little book. And I carried that around with me, so I could keep bringing it over. But I had one big tabloid sized piece of music paper, and I began putting themes on it that represented different parts of the oratorio. So even though Part One premiered first and then Part Two later, and all that, I actually was writing material from parts two and three and one simultaneously. So I could see how these seams would play out over the entire oratorio.

BM: And then, of course, once the piece is written, then you go through the rehearsal process, which you're doing this week before before the performance on Saturday night. You've got a large group of musicians here, several different ensembles that you're working into the mix here. So what's that process been like for you so far?

SG: It's so amazing. I mean, you're looking at stage, and you've got a couple hundred people gathered there to do the thing that you have put together. And that part is just overwhelming. So once you put that aside, just get into the notes and try to make this thing happen. What has been interesting is this space Foellinger Great Hall is much more reverberant than where we actually premiered it in San Francisco. So we're having to fine tune some of the balance issues.

The other major difference between that earlier round of performances is that I hadn't put in a harp or timpani, and so for this performance, I said, 'okay, this is my one shot to get this oratorio exactly as I want,' so I added in harp and timpani to the whole darn thing, and it is a 75 minute piece. So it took a while to do that. So I'm listening very carefully to make sure that everything that I've done has made everything fall into place.

Well, the CUSO musicians, the Oratorio Society, those are the two groups I've worked with, so far. Everybody's prepared so they're coming and we're just figuring out, they're hearing each other for the first time in the space and like, okay, the choir has been rehearsing with the piano and now they have an orchestra. That changes how they listen for their cues, and so we're just getting the logistics worked out. But so far everything is running very smoothly.

BM: Good, good. I also understand that there's been a bit of a last minute change with one of the soloists, which I'm sure was also a bit nerve wracking.

SG: So, Sunday night about three minutes before I headed into a concert, and I had to be in the concert a piece of mine was on, so I couldn't like you know, go home and figure this out. But Stephen Alltop emailed me or called me and said 'we lost our mezzo, she's sick.' And I thought, 'oh my gosh, okay, the person we need is Betany Coffland. And she's the one that sang in the premiere back in 2014 and 2015. So in those three minutes before that concert, I got Stephen her contact information. I let her know on Facebook, the way that we've talked, that you're going to get an email from a conductor, we've got an emergency situation. And by two thirds of the way through the concert, she had written back saying, 'I think I can make it work.'

So by Monday, the next day, this email streams, we'd solved everything she's coming, she's arriving tomorrow. I got her the changes, only a couple things that changed in her part, but I'm just so thankful that he has been able to work out to come and she herself beyond being just an incredible singer. She runs a floral business. And as a photographer, so she actually took our she made a Terra Nostra themed photoshoot back in 2015 and I've got some of those pictures of hers up on the CUSO website under my blog section, that just talk about what the pieces about. But I just find it so amazingly ironic that Betany keeps coming back up with this piece. I think it's wonderful. 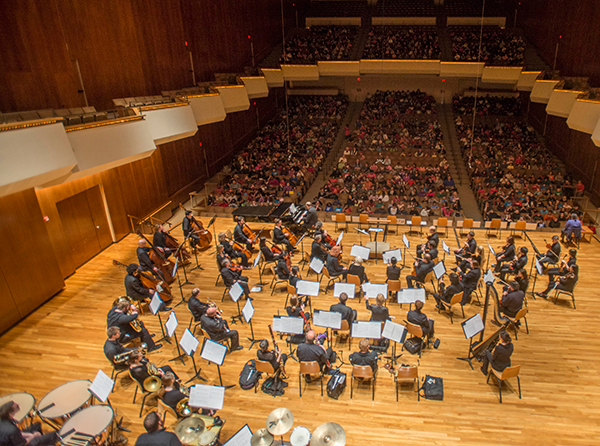 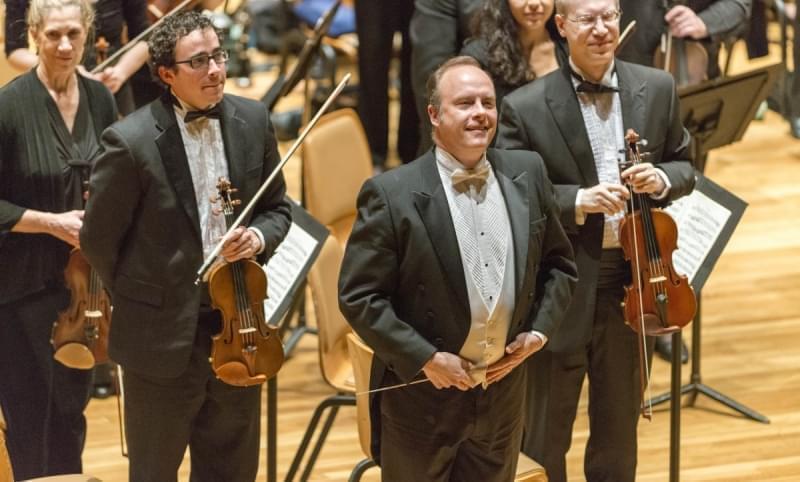 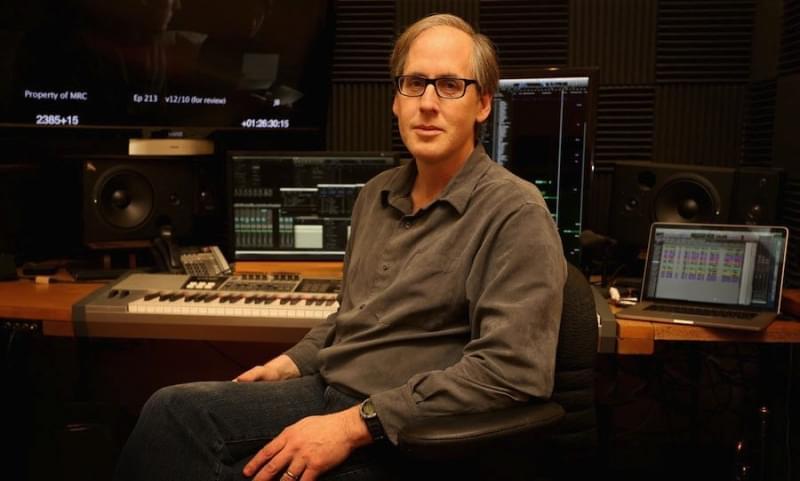