Mike McElroy, the mayor of Decatur, has died at the age of 63. The Decatur Herald and Review reports that according to city officials, McElroy was in an auto accident after suffering a medical emergency while driving, and was pronounced dead at 8:38 Friday morning at St. Mary’s Hospital. 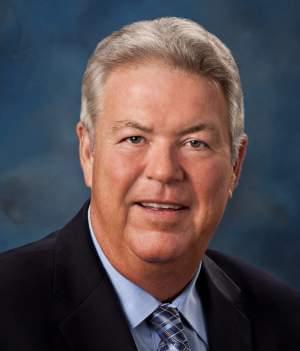 McElroy was first elected mayor of Decatur in 2009, following the resignation of his predecessor, Paul Osborne. He was re-elected last April, defeating three other candidates.  Upon his re-election, McElroy said that Decatur was emerging from the recession, and that the city’s downtown had been revitalized --- but that there was still work to be done in creating new jobs.

“We’re not satisfied with what the numbers are by any stretch of the imagination," he said.  "We have a Caterpillar plant, when there’s layoffs, that’s always something that hurts our community.   We’ve gotten ourselves, in different times, behind the 8 ball on some issues with labor and business, and I think a lot of that has turned.”

Before serving as Mayor, Mike McElroy served on the Decatur City Council for six years.

In the office of mayor, Osborne served with McElroy on the Decatur City Council, and calls him a close friend.  The publisher and editor of the Decatur Tribune, Osborne says the two of them had a unique relationship as he settled into the role of journalist.

“You’d have to be someone who was in that chair at one time to fully understand what the present mayor would be going through," he said.  "I think that was a common bond between us.  Because we talked often about the issues, about the reaction of the public, and that.  And I think both of us always feel better after we sit down and chat for a while.”

"This morning I lost a great friend and Decatur lost an incredible public servant,” said Congressman Rodney Davis of Taylorville.  “I’ve known Mayor Mike McElroy for years and his love for Decatur was second to none – always working to make Decatur's future a brighter one.

"It is a true loss for the community. “Tuna” was a strong advocate for Decatur who was always excited and honored to show off his wonderful community to anyone who visited. His passion for the community was infectious - he loved working for the people of Decatur."

Mike was a dedicated public servant and a strong advocate for his hometown," said U.S. Senator Dick Durbin of Illinois.  "My thoughts and prayers are not only with Mike’s wife and son, who have lost a husband and a father, but with the people of Decatur, who have lost a true champion of their community.”

Decatur Assistant City Manager Billy Tyus called McElroy a champion for his community.  He said the mayor was an affable person, who was always smiling and liked telling jokes.

“We as a city are working to make our community more vibrant and attractive," he said.  "He made a big push for that.  And he was a big supporter of actions, allowing that to occur.  We’ll obviously continue that work, there are things that are ongoing now that happened because of his leadership.”

Before his time as mayor, McElroy had been a City Council member since 2003. He lost a bid for the Illinois Senate in 2012.

Moore-Wolfe now becomes mayor until a permanent one is named  The city council will select a new mayor in 60 days.

McElroy was vice-president of Skeff Distributing Company, a local beer distributor, and a Decatur resident for most of his life - except for the 1970s and 80s, when he lived in Danville.  He's survived by his wife, Lynn, and one son.