The Democrat-led Illinois Senate has approved a measure that would allow an outside arbitrator to settle state-employee wages and working conditions if union negotiations reach an impasse.   The legislation passed by a 38-17 vote Thursday and now heads to Republican Gov. Bruce Rauner's desk. He vetoed an identical proposal last year.

Republicans say the plan is "bad policy'' that would put terms of new contracts in the hands of a union-friendly arbitrator.  But Democrats say the plan would avoid a strike or lockout.

The state's contract for the American Federation of State, County and Municipal Employees expired June 30. They are Illinois' largest state employee union.

Senator Don Harmon (D-Oak Park) says the legislation would help both sides get a deal done.

Negotiations between Rauner and the group have stalled after more than a year of talks.

Rauner says it would give workers richer health care and wage benefits, tantamount to a $3-billion tax hike.  Under the proposal, disputes would go to the a mutually agreed arbitration panel instead of the Labor Relations Board. 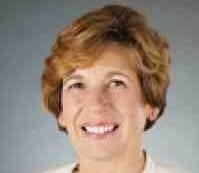