The only debate on live television planned for outside of Chicago between the Democratic candidates for Illinois governor has been cancelled.

WCIA-TV confirmed with Illinois Public Media on Monday that the March 5th Springfield debate had been cancelled, after Democratic candidate J.B. Pritzker would not commit to attending it.

The Champaign television station owned by Nexstar Broadcasting said it had notified candidates of the cancellation.

“We actually have agreed back in December to do six debates, and that was very well known”, said Pritzker. “This debate came up later.”

A campaign spokesperson later reached out Monday evening to say Pritzker “misspoke” about the timing of the invitation for the Springfield debate, but did not provide another explanation for not participating.

Two other Democratic candidates, Daniel Biss and Chris Kennedy, gathered more than 3,400 in petitions to get the downstate debate to continue.

After WCIA announced it was cancelling the debate, Biss announced he would hold his own town hall-style event in Champaign on March 5th, the day the debate would have been held.

"JB is brorrowing a page from the billionaire playbook, avoiding debates and shunning reporters who ask tough questions," said Biss in a news release.

Other gubernatorial debates have been or will be held in downstate Illinois, but not on live television.

A January 30 debate at Southern Illinois University at Carbondale with all six Democratic candidates can be seen in its entirety on co-sponsor WSIL-TV’s YouTube channel, but was not broadcast live.

A debate set for February 21 at the University of Illinois at Springfield is to be broadcast on radio by WMAY, but not on television. The State Journal-Register, co-sponsor of the debate, reports all six Democratic gubernatorial candidates, including Pritzker, are expected to take part.

This article was updated to include a statement by Sen. Biss and additional information from the Pritzker campaign. 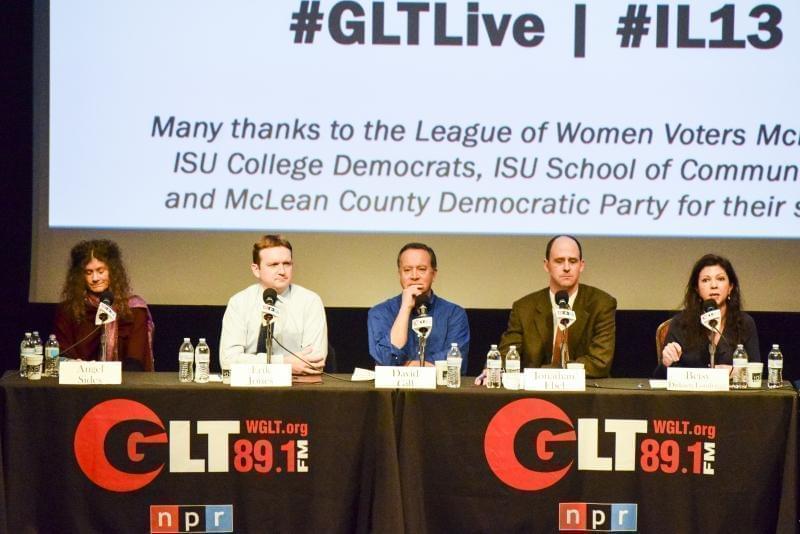