Urbana native Roger Ebert gained fame through his years of reviewing movies on TV.  But after losing his voice to cancer, he relied more on the written word and social media, and the support of his wife, African-American attorney Chaz Ebert.  Their 20 years of marriage is the subject of a new musical, “The Black White Love Play”, now playing in Chicago.

Jackie Taylor, the Founder and CEO of Chicago's Black Ensemble Theater, wrote and directed the play, and produced it in collaboration with Chaz Ebert, with funding from a donation left to the theater by Roger Ebert, who passed away in 2013.

"As I was doing my research, what became very apparent to me, that there was really a love story here about Roger and Chaz that really spoke to the mission of the Black Ensemble Theater, which is to eradicate racism," she said.  "It was an opportunity to tell their story, and promote how two people who were so very different overcame all those differences just to love each other."

In the lead roles are Chicago actors Kevin Pollack and Rashada Dawan, backed up by a chorus and 6-piece acoustic orchestra.  It includes some of the Eberts' favorite songs, like Chicago's "If You Leave Me Now", Rod Stewart's "You're In My Heart", as well as original compositions.

Taylor said the play shows audiences a bit more about Chaz, and who she was before meeting Roger.

"I think Chaz deserves the credit of being highly successful on her own," she said.  "A lot of people didn't know anything about her background, but she is not a public figure like Roger was.  To learn she was a very famous civil rights attorney, well sought after, very well known, and quite proficient, that was an amazing thing to learn and to appreciate myself as an African-American woman."

"The Black White Love Play" runs through November 15 at the Black Ensemble Theater, but Taylor says there have been requests to perform it elsewhere next year. She says she may consider bringing the show to Champaign-Urbana. 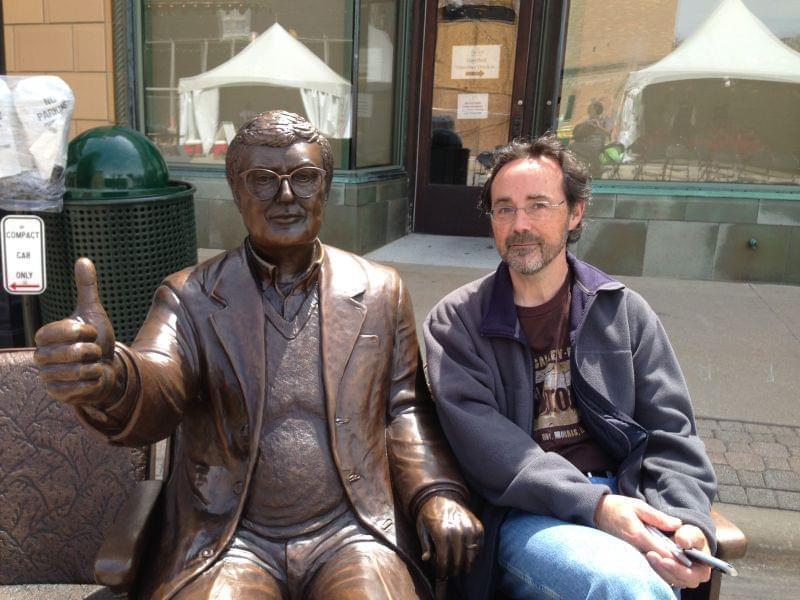