An estimated 10,643 people in Illinois are homeless according to federal data. Many of those are working - but still can’t make ends meet.

For the Stephens family, it all began with a landlord who refused to make repairs to their rental home.

“Our roof was a joke,” Jenny Stephens said. “Our roof had a big old huge hole in it, gaping hole. And when it snowed, we had snow in our kitchen.”

Jenny, along with her husband James and their two daughters, lived in a rental home in central Illinois. They had chosen the home because of its yard — big enough for the girls to play in. Jenny said they repeatedly reported needed repairs to their landlord, but things didn’t get fixed.

The town they were living in didn’t have a code enforcement office to hold landlords accountable. So Jenny called the Illinois Department of Children and Family Services for help. She said workers from the agency agreed the house was uninhabitable — but the agency has no power to make a landlord repair a property and doesn’t provide housing for families stuck in substandard conditions.

All they could do was send the family to a shelter.

“I'm like, well why'd I call you guys if this is your only option? Cause I could have done this on my own. I didn't want to become homeless,” Jenny said.

Faced with the possibility of losing custody of their children if they stayed, the family moved to a shelter. It was nearly an hour away from the McDonald’s where James worked.

James kept working at the job, which paid minimum wage and wasn’t giving him full-time hours.

“He was driving back and forth,” Jenny recalls. “Every little ounce of his money was going in the tank.”

When it comes to addressing homelessness in Illinois, one issue stands out. For many working families, housing just isn’t affordable. The average worker earning minimum wage would need to work 99 hours a week to afford a two-bedroom apartment in Illinois, based on research done by the National Low Income Housing Coalition.

If you're making minimum wage or something close to minimum wage and you're trying to afford a two or three bedroom home, eventually the bottom is going to fall out."Camille Dorris, Southern Illinois Coalition for the Homeless

The family relies solely on James’ salary because Jenny can no longer work in her field. She previously worked as direct service provider, but hurt her back on the job and will need a desk job in the future. That’s tough because Jenny and her husband said they only have high school diplomas.

Even when she was working, Jenny’s income wasn’t much above minimum wage. DSPs, who provide services for intellectually and developmentally disabled individuals, have an average hourly wage of $9.35 an hour, according to the Arc of Illinois, an advocacy organization for people with disabilities.

That puts them among the estimated 1.4 million Illinoisans earning less than $15 per hour.

It’s a situation Camille Dorris, executive director of the Southern Illinois Coalition for the Homeless, said she sees frequently.

“If you're making minimum wage or something close to minimum wage and you're trying to afford a two or three bedroom home, eventually the bottom is going to fall out,” she said.

We still don’t know the full scope of the homelessness problem.

Statistics on homelessness rely on what’s known as the Point-in-Time Count. The count takes place at the end of January of each year, and counts the number of unsheltered individuals in a community.

Unsheltered means exactly what it sounds like. People who are living on the streets or in structures not meant for housing -- like a tent or an unheated porch.

It doesn’t include people who may have temporary shelter but no permanent home.

“We find that a lot of people couch surf, they moved from family members to family members, to friends, to friends,” Dorris said. “They may be here one night in, different places another night, but that's not considered homeless according to the typical HUD definition.”

That’s an issue because the U.S. Department of Housing and Urban Development, which funds public housing programs, doesn’t consider those people when allocating resources to fight homelessness.

For Dorris, whose agency relies heavily on HUD funding, that means they can’t help a lot of the people who need it.

“We have about 700 people that walk through our doors on a yearly basis that we cannot house. We don't have a place for them. We don't have the type of program that they need,” she said.

A Lack of Affordable Housing

Programs to help low-income and homeless families do exist. But there aren’t enough resources to meet the demand. Dorris said one issue her agency often faces is the lack of available housing that meets the needs of low-income individuals and families.

The Stephens qualified for a Section 8 housing voucher, but that doesn’t mean there’s a unit available.

“People that take HUD vouchers is kind of hard to find,” Jenny Stephens said. “Even though they give you a list and stuff. But sometimes they say, well, I've got too many people right now that's using HUD vouchers, and I don't have anything right now.”

Sometimes they just flat out cannot find a landlord that will accept it (a Section 8 voucher)."Camille Dorris, Southern Illinois Coalition for the Homeless

There are only 35 affordable housing units for every 100 Illinois families considered extremely low-income, according to Housing Action Illinois, a housing advocacy organization.

Families with vouchers can try to get on a waiting list for an open unit — but even that isn’t always an option.

Housing Action Illinois investigated the issue of housing vouchers in 2015. At the time, 72 percent of public housing authorities with voucher programs were no longer accepting people for waiting lists. Those closed waiting lists administered 95 percent of vouchers in the state.

The Stephens were unable to find a landlord that would accept a voucher before they had to move out of their shelter.

Like many Illinoisans, the Stephens will have a wage increase as a result of legislation raising the minimum wage to $15 an hour. But even that might not be enough.

“So for some people, it means that they'll no longer have cost burden and that they'll be able to pay, you know, 30 percent or less of their income to afford housing. And that's a good thing,” said Bob Palmer, policy director of Housing Action Illinois. “[For] other people, the increase in the minimum wage is not going to be enough to ensure that they have affordable rental housing.”

Data from Housing Action Illinois shows that on average, you’d need to make more than $20 an hour to afford a market rate apartment.

The wage increase is also gradual. It will phase in over 6 years, and Palmer said housing costs are expected to continue rising over that time.

What the state really needs, he said, is more funding dedicated to providing affordable housing options.

Dorris agrees. Her agency frequently sees people who continue to struggle to stay afloat when wages don’t keep up with market rents.

“Sometimes I think we put a band-aid on that problem and say, ‘Oh, problem solved, you know, for now,’” she said.

“But we see those same people coming back through [the shelter system] after a certain amount of time because they've not been able to be successful. They've been basically set up for failure.” 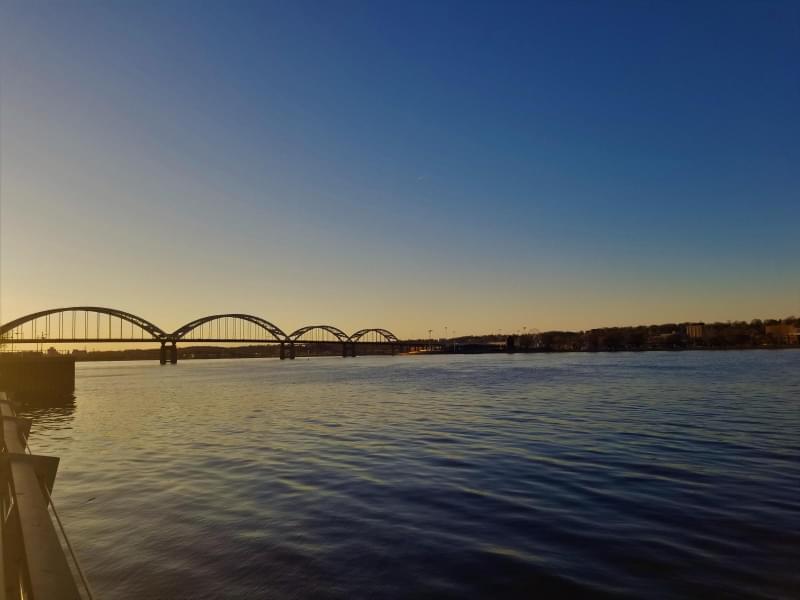 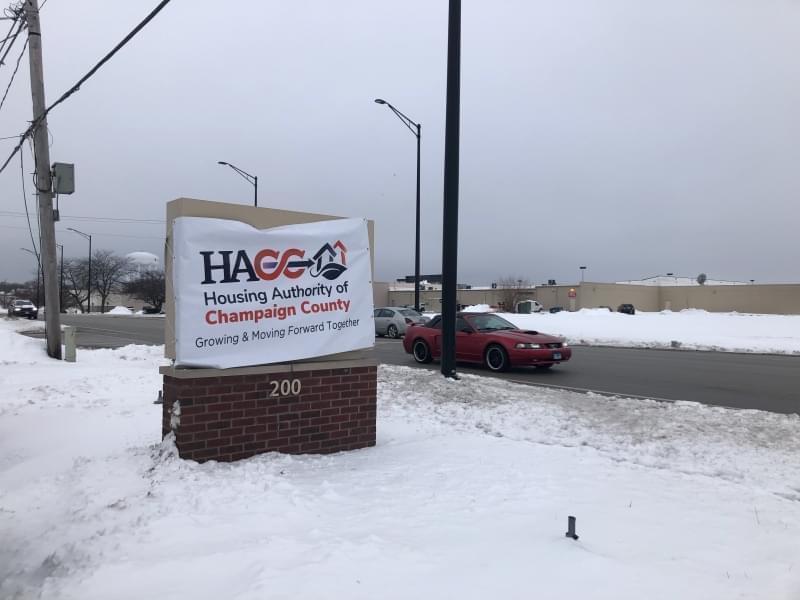 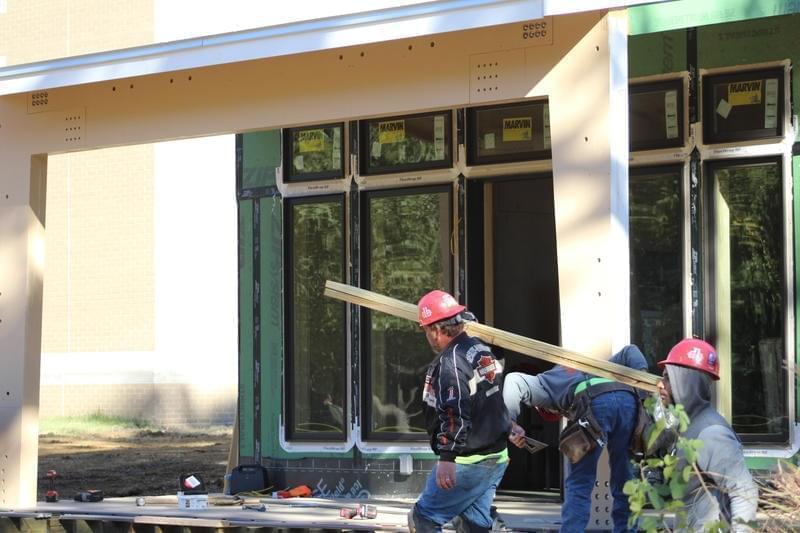 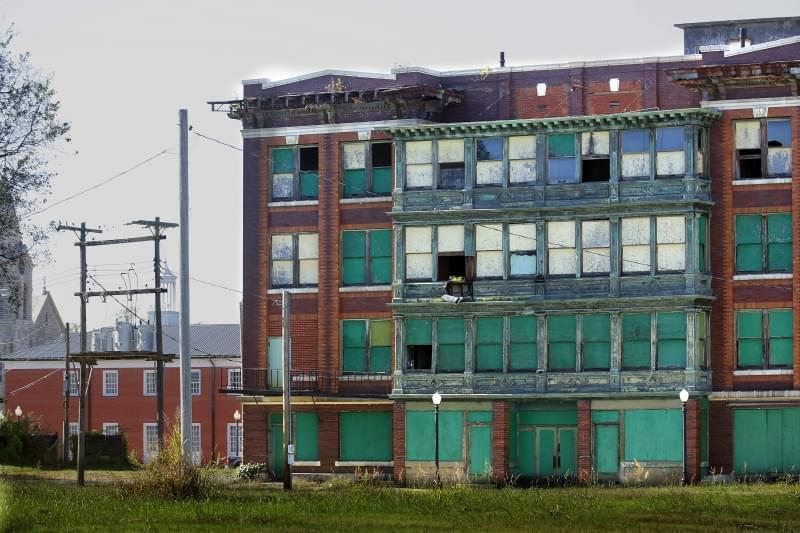 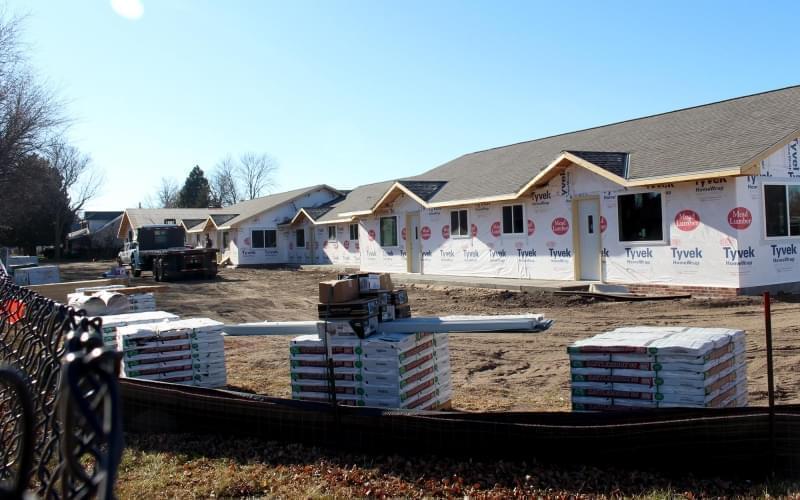