The union representing graduate employees at the University of Illinois’ Urbana campus is going on strike.

That announcement came Sunday from the Graduate Employees Organization, after a five-hour negotiating session with a federal mediator failed to produce a contract agreement.

The union accuses U of I administration of “failing to bargain in good faith” on the issues of wages and tuition waivers. The GEO wants the university to keep existing language that guarantees tuition waivers to graduate employees, and to keep the ability to collectively bargain for wages.

In a news release, U of I Urbana Provost Andreas Cangellaris says that the university has been negotiating in good faith, and that its latest contract offer does guarantee tuition waivers for GEO members, and offers a 10-percent increase in wages over the life of the contract.

The university says it will attempt to keep disruption of classes to a minimum during the work stoppage, and that all Academic Professional and Civil Service employees are expected to report for work as normal.

The GEO and the university have been negotiating on a new contract for the last eleven months.

We have been negotiating in good faith throughout this process and have made significant progress so far, reaching tentative agreements in 12 of the originally identified bargaining areas. And our proposals on the remaining issues have demonstrated significant movement responsive to the GEO’s concerns. 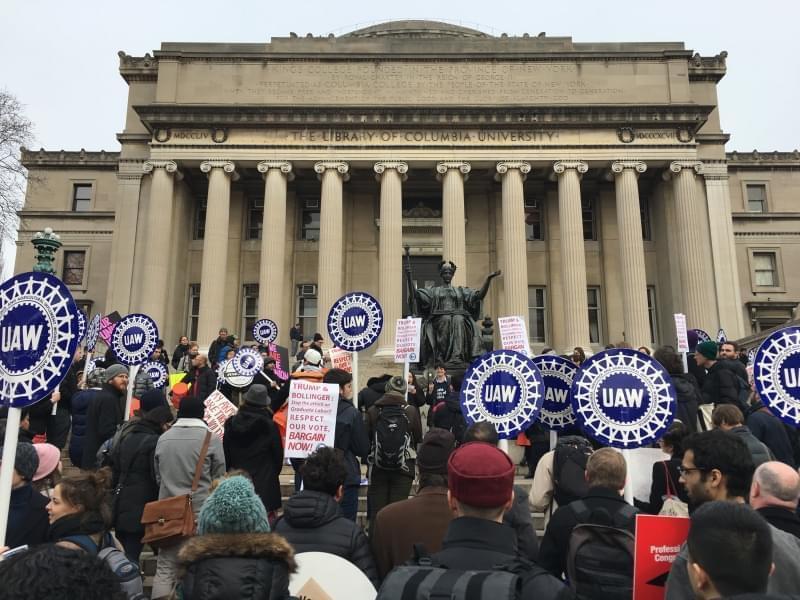 Graduate Students At Columbia Try To Bargain As A Union