Some witnesses called it a tussle. Others described it as a tug-of-war. Ferguson Officer Darren Wilson testified that they were fighting over his handgun.

None of the witnesses who testified, other than Wilson, could say exactly what was happening inside his police car, but by almost all accounts, Michael Brown was physically struggling with the officer through his open window moments before he was fatally shot on Aug. 9.

Wilson blamed it on Brown, saying the teenager reached through his driver's side window, hit him in the face, called him a ``pussy'' and grabbed his gun. Wilson told the grand jury that he pulled the trigger twice in his own defense, but no shots went off.

``At this point I'm like, why isn't this working? This guy is going to kill me if he gets ahold of this gun. I pulled it a third time, it goes off.''

That initial confrontation may help explain why jurors decided not to indict. If their initial struggle prompted Wilson to fear for his life, it could have met the legal standard for justifiable deadly force.

Thousands of pages of testimony reviewed by The Associated Press show the encounter between the white police officer and the black 18-year-old started off badly, and very quickly spiraled out of control.

Wilson had just wrapped up a call about a sick child. Brown had just stolen a pack of cigarillos from a convenience store. Wilson spotted Brown and a friend walking down the center of a residential street, and told them to move aside. They refused, and Brown responded with an expletive.

That was moment when Wilson said he realized Brown matched the description of the robbery suspect, and decided to confront the young men singlehandedly, backing up his vehicle to block Brown's path.

What happened next was witnessed by people in at least two passing vehicles and residents watching from the porches and balconies of nearby apartment buildings. They told their accounts either directly to grand jurors or to FBI interviewers, whose recordings were played for the jury. Wilson and Brown's friend, Dorian Johnson, also recounted their versions of the struggle, sometimes with conflicting details.

Many of the eyewitnesses from the nearby buildings were older, had never been interviewed by the news media in the months since the shooting, and accused younger residents of circulating false stories about Brown having been shot while lying defenseless on the ground.

Wilson said he tried to open his vehicle door, Brown pushed it shut, and then he pushed Brown with the door before Brown reached in and hit him in the face.

Johnson saw it differently: He said Wilson had pulled his vehicle so close to them that when the officer tried to open the door, it hit Brown hard and bounced back. Then, Wilson's ``arm came out the window, and that's the first initial contact that they had. The officer grabbed, he grabbed ahold of Big Mike's shirt around the neck,'' Johnson said.

Other witnesses then noticed the commotion.

"I don't know if he had grabbed him or what, but you could see them tussling in the car, they were moving around,'' said a witness watching from a porch whose taped interview was played for grand jurors. Though Brown was on the outside of the vehicle, his hands appeared to be inside it, the witness aid.

It was ``just like some kind of tug of war or something was going on,'' the witness said.

A passing driver told the FBI that it appeared as though Brown's head was poking through the vehicle's window. The driver couldn't see the officer's hands, ``But I did see a wrestle ... like a tussle back and forth.''

Another motorist also described them grappling.

Wilson testified that at that moment, he was thinking: ``What do I do not to get beaten inside my car?''

``He immediately grabs my gun and says, `You are too much of a pussy to shoot me,''' Wilson added.

The officer said he felt the gun twisting down on his hip, ``and that point I thought I was getting shot.''

Wilson then got off a shot that went through Brown's hand from a distance of 6 to 9 inches, a pathologist at the St. Louis County medical examiner's office determined. It was the only bullet that hit Brown at close range, spilling blood that stained Wilson's pants leg and the interior driver's side door handle. DNA from both men was found on the gun, said the DNA technical leader at the St. Louis County crime lab.

The fatal shots came moments later. Johnson fled, then Brown, and the officer left the car in pursuit.
Wilson testified that Brown then reversed course and approached him. He fired a round of shots, and said Brown paused, then came at him again, ``just coming straight at me like he was going to run right through me.''

Brown fell to the ground, fatally wounded by the last of the seven bullets that struck his body.

Wilson then got his police radio and said ``give me a supervisor and every car you got.''

Public attention to this killing has frequently focused on the fact that Brown was unarmed. But whether or not Brown had a weapon makes little difference under Missouri law. State law says officers can act with deadly force when they believe it is necessary to arrest a person who has committed a felony or who may ``endanger life or inflict serious physical injury.''

The jurors asked about this deadly force standard shortly before they began deliberating. One asked whether a person's hands could be considered a weapon, and was told yes. Another asked whether Brown himself could be seen ``as being a weapon'' because of his ``size and demeanor.''

Prosecutor Kathi Alizadeh then interjected: ``Those things that you are asking is, could a person reasonably believe that their life was threatened? That's the crux of what you all have to talk about.''
___
Associated Press writers Phillip Lucas, Michael Kunzelman, Catherine Lucey, Nomaan Merchant, Garance Burke, Jeff Donn, David B. Caruso and Paul Weber contributed to this report. 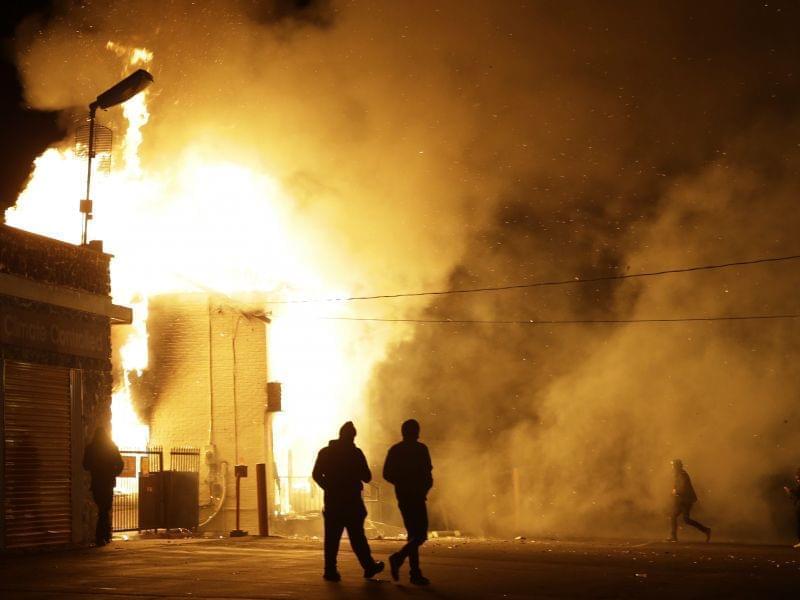 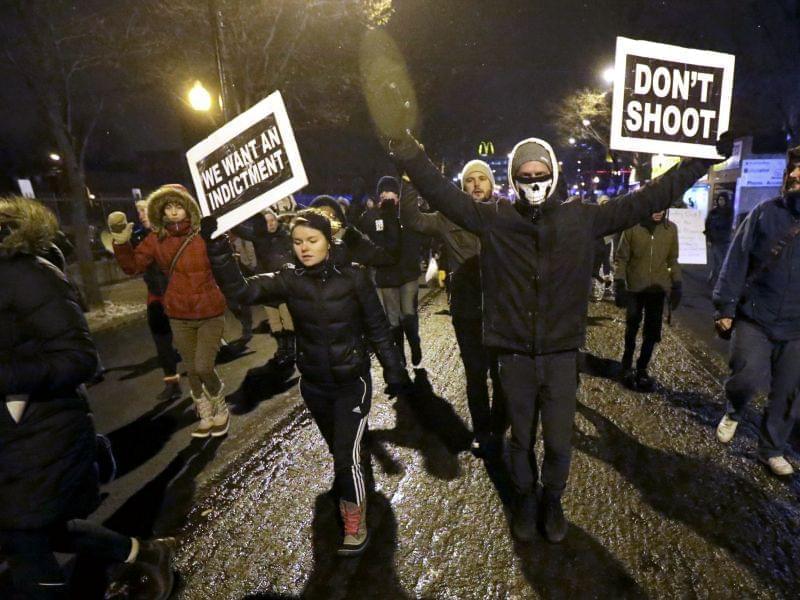