Faculty and staff at SIU Edwardsville say they no longer have confidence in the university's board of trustees - and are asking the Illinois General Assembly to put pressure on the board when it comes to distributing state funds.

In a second day of testimony before the House Higher Education Committee, SIUE University Archivist and Librarian Steve Kerber called for an SIU system that operated more like a partnership of equal institutions.

"The present system promotes mistrust, conflict and competition between the two entities. It is inherently unbalanced and unsatisfactory, and neither participant is happy with the relationship."

Kerber and others point to a funding distribution that currently is weighted 64% to Carbondale and 36% to Edwardsville. SIUC says their Carnegie Research Institution status warrants the additional money, but SIUE points to research and scholarly work there, as well.

"There is no question that however you define the mission of both schools, the mission toward undergraduates is absolutely the same. The current funding allocation formula basically tells SIUE students that they are worth less."

Meanwhile others say after months of wrangling over how to reallocate state funding, they've lost confidence in the SIU Board of Trustees. SIUE Faculty Association President Kim Archer says something has to give.

"Your  efforts to support us via state funding are not trickling down to Edwardsville when they must first pass through the SIU Board of Trustees - a board whose first priority appears to be sheltering Carbondale from fully facing the changing higher education landscape."

The dispute over funding has been in the spotlight for several months, and while Carbondale leaders say they're working to turn around declining enrollment and manage the budget, advocates for the Edwardsville campus say they're tired of waiting - and want their fair share.

While some lawmakers cautioned against giving additional funding control to a political body, Representative Jay Hoffman - who has sponsored legislation to split the two campuses numerous times - pointed to the administration of Bruce Rauner as the cause of the current trouble.

Lawmakers on the committee say they're taking this information, and will use it as they consider future bills affecting SIU and other universities around the state. 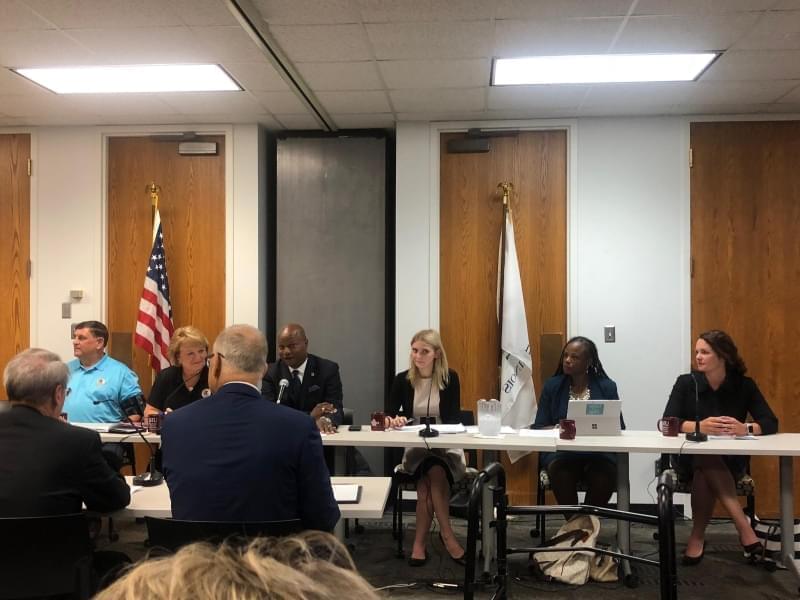