Illini Lose On The Road To Maryland 81-55

Maverick Morgan tallied the first double-double of his Illini career, but it wasn't nearly enough to overcome a three-point barrage and Illinois’ 81-55 loss to Maryland Thursday night suburban Washington DC.

The Terrapins connected on 14 of 25 three-pointer attempts, and out-rebounded Illinois 36-26 in the blowout.

“At the start of the game and sprinkled in throughout, we were trapping certain people in the post, obviously, said Morgan, who led Illinois with 21 points and ten rebounds. “We need to work on rotating better out of the post. We screwed that up a couple of times for dunks, a couple of times for threes. You know when everyone’s scrambling around stuff, it’s not ideal, for sure.

Illini coach John Groce said you have to pick your poison against the 14th ranked Terrapins, who have the top R-P-I in the Big Ten.

Melo Trimble and Jake Layman scored 18 apiece for the Terps, including 2-of-4 and 3-of-5 respectively from deep.

Jared Nickens and Robert Carter each scored 14 for Maryland.

Illinois' other double-figure scorers were Jalen Coleman-Lands with 11 points , and Malcolm Hill 10.

With the win, Maryland improves to 24-6 on the year, and 12--5 in the Big Ten Conference. That earns them a double-bye for next week's Big Ten tournament. The Terrapins won't start tourney play until next Friday.

Illinois is at the opposite end of the tournament spectrum. After falling to 5-12 in conference (and 13-17 overall) they are now guaranteed to play among the worst four league teams in the tournament's first round on Wednesday.

Final seedings will be determined Sunday. Jalen Coleman-Lands says the Illini still have something to play for at Penn State.

“We’ve got another game,” said Coleman-Lands. “Our mindset is first and foremost to win, and correct our mistakes from this game, build off where we’ve been going throughout this year.” 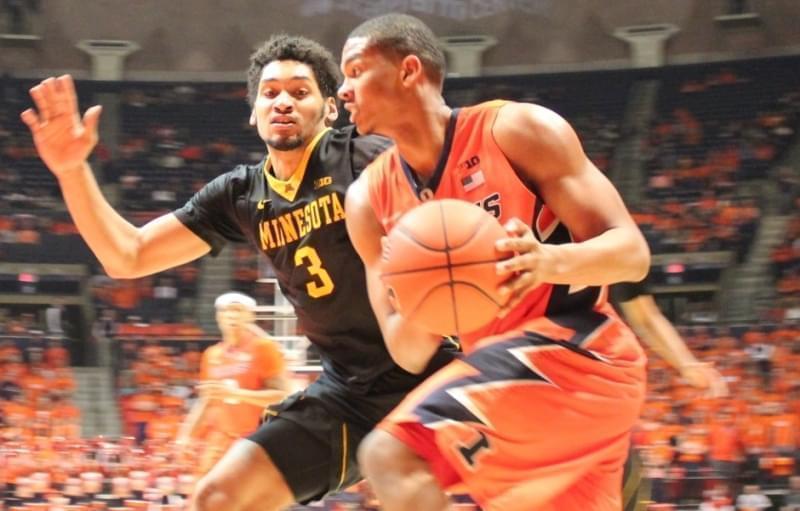 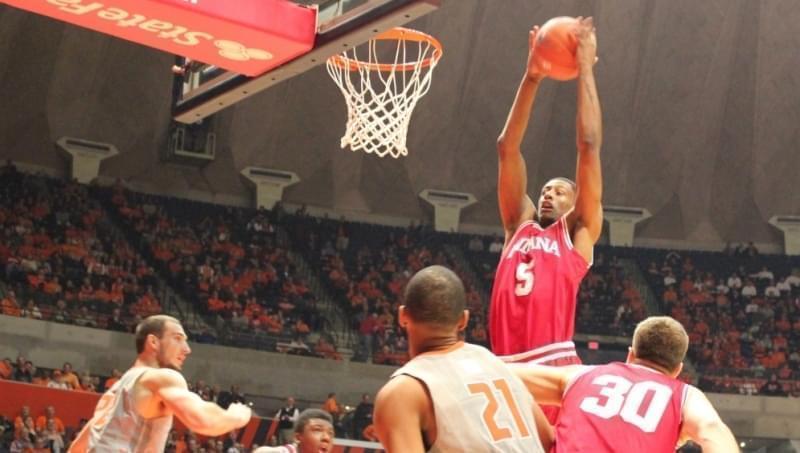