CHICAGO (AP) — Republican Gov. Bruce Rauner on Thursday accused rival J.B. Pritzker of plotting a massive income tax hike on the people of Illinois, a claim the Democrat dismissed as another lie from a governor who's "been lying for three-and-a-half years."

One of Pritzker's top priorities is changing Illinois' flat income tax to a graduated system, in which the highest earners would be taxed at a higher rate than middle-class and low-income households. The billionaire businessman says it's a fairer structure that would require people like himself and Rauner — a wealthy former private equity investor — to pay more, and would reduce the amount middle-class people pay.

But Pritzker refused during a debate Thursday, as he has throughout the campaign, to detail what those rates should be. He says the Legislature should decide, while Rauner says Pritzker is dodging the question because he "cannot be trusted when it comes to taxes."

"He doesn't want to talk about it because the truth is so painful and politically unpopular," Rauner said.

"Gov. Rauner you're lying," Pritzker responded. "He's defending a system that's good for him, and it's bad for middle-class taxpayers."

The debate at NBC5 in Chicago was the first of the race, and included two third-party candidates: Conservative Party candidate and GOP state Sen. Sam McCann and Libertarian Grayson "Kash" Jackson.

Rauner, who's seeking his second term, is considered one of the most vulnerable GOP incumbent governors up for re-election this fall, and polls have shown Pritzker with a healthy lead.

Rauner leveled several attacks on Pritzker and his connections to longtime Democratic House Speaker Michael Madigan, who he said has had Illinois in a "stranglehold."

But his attacks weren't limited to Pritzker. Rauner accused McCann of being a "phony candidate" put up by Madigan to take GOP votes and help Pritzker win. That launched one of the most spirited moments of the debate.

"You're a liar and you've been lying to the people of Illinois from the beginning," said McCann, who says he's running because the governor betrayed conservatives on issues such as abortion and immigration. He jumped in the race after Rauner narrowly defeated a conservative state representative in the Republican primary.

"Are you getting paid on a per-interruption basis by Madigan or a lump sum?" Rauner responded.

McCann's reply: "We're here to take you both out."

Pritzker blamed Rauner for Illinois' yearslong state budget impasse, which brought huge cuts to social services, higher education and other programs and took Illinois to the brink of having its credit rating downgraded to "junk" status. And he criticized Rauner for constantly blaming others — namely Madigan — for the failures of his administration, noting the governor declared late last year that "I am not in charge" of Illinois.

"The truth of the matter is, Gov. Rauner has got to go," Pritzker said.

Rauner and Pritzker have raised roughly $200 million combined for the election, most from their own bank accounts, making the contest one of the most expensive governor's races in U.S. history.

The spending drew some jabs from McCann and Jackson, who've raised a small fraction of that amount. McCann said Rauner and Pritzker are likely to "spend more on paperclips" than his whole campaign.

The debate was sponsored by NBC 5, Telemundo, the Union League Club of Chicago and Chicago Urban League. 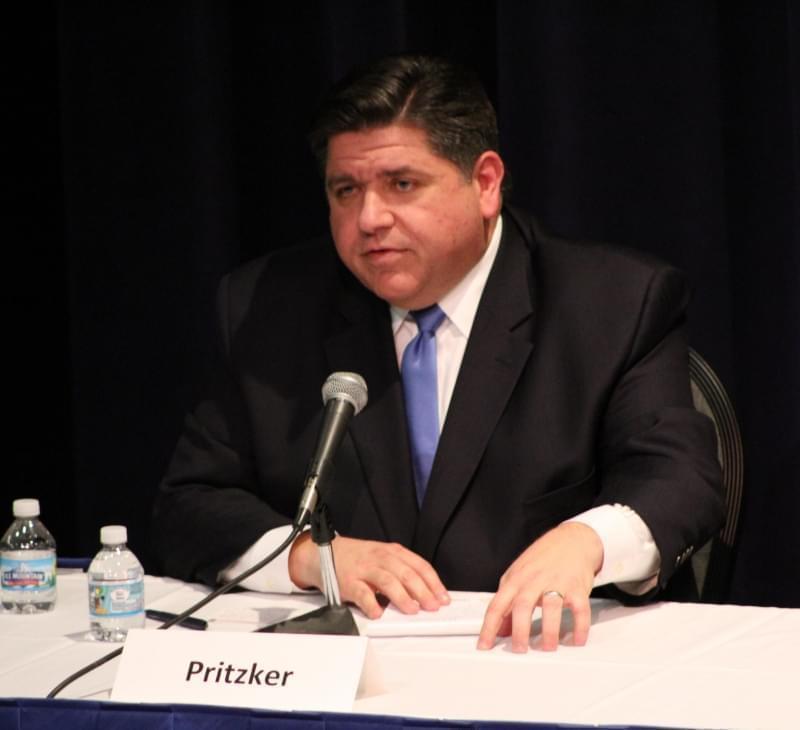 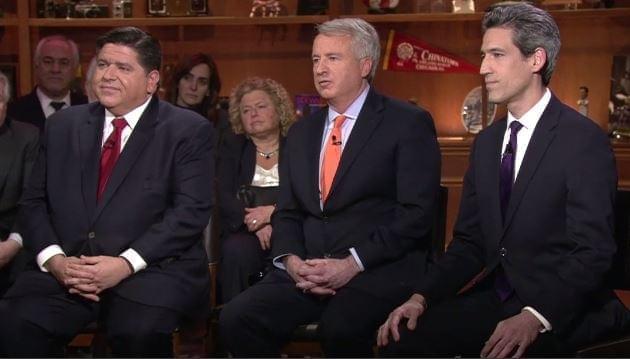 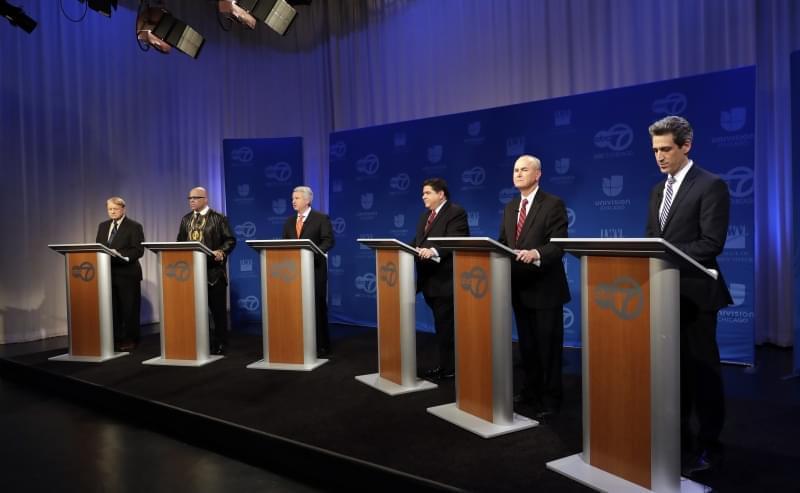