Would you say that most people can be trusted, or that you can’t be too careful? An NPR Illinois survey shows Illinoisans are divided on the question — though not in the usual ways of politics. This week, we look at the issue of trust, and why it matters for democracy.

Americans have been asked about trust in one form or another for decades.

The modern, standardized version of the question goes like this: “Generally speaking, would you say that most people can be trusted, or that you can’t be too careful in dealing with people?”

Nationally, just 32 percent of respondents say most people can be trusted. In Illinois, that figure is 39 percent.

“So people are more trusting and Illinois as a whole and the nation as a whole,” says John Transue, a professor of political science at the University of Illinois Springfield. He says back in the 1970s — and keep in mind this is after a decade of intense national turmoil — the numbers on trust were relatively high: 46 percent in 1972, 44 percent in 1976.

“And then the somewhat good news is that it leveled off,” Transue says. “I mean that we saw some really steep declines, and there was quite a bit of alarm about it. But then in the late 2000s, it kind of leveled off at about 32 percent.”

And nationally, that’s basically where we are today. Line up any three Americans, and chances are one says most people can be trusted, while the other two are wondering — why are you lining us up — and who are you anyway?

Public opinion surveys usually ask about politicians and issues — how’s the governor doing, what do you think about immigration or gun control?

So I asked Transue: Why ask a trust question?

“That's a great question. And it's actually one where there's a lot of work on this — just an overwhelming amount of research on this. And a lot of it began with a guy named Robert Putnam, who had a book called Bowling Alone,” Transue says.

NPR’s Robert Siegel interviewed Putnam about Bowling Alone in the year 2000. The big metaphor in his book — which is about disconnection in American life — was that people were still going bowling, but that they were doing so in small groups — not though clubs or leagues.

“Absolutely right,” Putnam told Siegel. “I'm using that as a as an example of the fact that we are no longer connecting with our communities.”

It’s this lack of connection that’s key to the idea of social trust.

Transue asks: “So when I just walk out my front door, what is my expectation? Do I need to be on guard? Or can I just sort of do what I'm meaning to do, without thinking of how other people might thwart me or hurt me.”

And if people are on guard about everyone they come across, that can be bad for our democratic self governance.

“We have to be able to interact with each other, and believe that we can do so without undue repercussions,” Transue says. “But even beyond that it's a tremendous economic force. Not only do we see much higher growth rates and innovation in places with high trust, but also it seems to be a better predictor of future economic activity and success than even your previous economic activity, which is kind of mind blowing. It was a very surprising finding in Putnam's work.”

If all this sounds a little abstract, here’s a concrete example: Let’s say there’s a home renovation project. If it’s an area with higher trust, the workers can leave their tools out when they go to lunch. That saves time packing and locking in the truck.

That sort of thing might be prudent in an area with lower trust, but it’s time that’s not being spent on productive and money-making construction.

This conception of trust helps explain the biggest gaps when you drill down into the poll results.

In the NPR Illinois survey, trust is one of the few areas where there aren’t large gaps between Republicans and Democrats. But where you do see a divide is on race, income, and education.

Trust is markedly lower among people who are black or Latino, who make less than $100,000 year, or who have a high school diploma, maybe some college. The only groups that are more trusting than not — are those with bachelor’s degrees or who make more than $100,000 a year.

“You can be more trusting if you could recover from a setback more easily,” Transue says. “It's easier to go through life as a high trust person. But if you’re one property loss away from not making rent, then you really can't do that. You have to be more careful.”

The survey used an online panel of 1,012 Illinois registered voters and ran from Sept. 13-23, 2019. It was designed and analyzed by the Institute for Legal, Legislative, and Policy Studies; the Survey Research Office; and NPR Illinois — all units of the UIS Center for State Policy and Leadership. 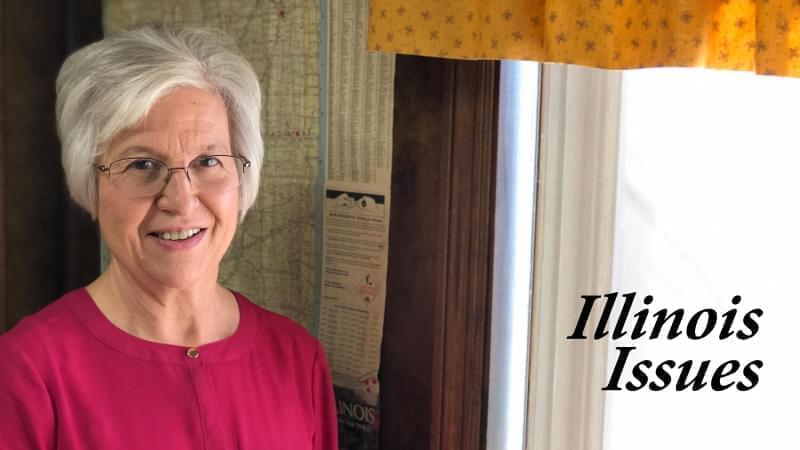