For more than 30 years, kids with a certain streak of genius have found a home at Illinois Mathematics and Science Academy in suburban Chicago. It’s the rarest of gems in the educational landscape: a public, affordable, boarding school. One of just a handful of such schools nationwide, Wired magazine dubbed it “Hogwarts for Hackers.”

After the state’s two-year budget impasse, lawmakers are pondering a proposal that for the first time would welcome students from outside of Illinois — for a price.

The legislation was filed by State Sen. Linda Holmes, a Democrat from Aurora, where the school is located. Last week, she presented it to the Senate education committee.

“Senate Bill 2939 allows the Illinois Mathematics and Science Academy to admit non-Illinois students who have completed the academic equivalent of eighth grade,” she explained.

That one sentence actually proposes two changes. The second one would simply align IMSA with practically every other high school by including 9th graders — nothing controversial there. But admitting kids from outside the state — even outside the country — would be a seismic shift.

Sen. Holmes explained IMSA’s motives: “This bill will allow IMSA to charge tuition, fees, and costs associated with room and board — to non-Illinois students.”

State residents pay nominal fees to attend the school, ranging from just a few hundred dollars per year to a few thousand, based on family income. IMSA president Jose Torres told the committee he plans to charge kids from outside Illinois at least $50,000 per year.

But lawmakers from both parties reacted like Torres was trying to sell the family farm to a carpetbagger.

“I’ve toured your school. It is something that everybody in the entire state should be proud of, and is proud of,” said Sue Rezin (R-Morris). “I’m still conflicted, though, regarding the out-of-state tuition. We have the same issue with the University of Illinois. It’s a very controversial topic.”

Torres explained the number of Illinois students won’t change. It will stay at its current level of 650.

“What we are doing is, through the addition of non-Illinois students, we’re using them to build those new (residence) halls,” he said. “Our objective is to create one structure that will house up to 900 students, that will be used by 650 Illinois residents without any new appropriation from the General Assembly.”

Despite that pledge, lawmakers at the committee meeting were just getting started grilling Torres.

Under questioning from Pat McGuire (D-Crest Hill), Torres admitted IMSA turns away 60 to 90 qualified Illinois students each year, due to a lack of space.

“So should you be allowed to admit out-of-state and international students, and use their revenue to erect new housing units, will your cap, so to speak, on Illinoisans accepted at IMSA remain at 650?” McGuire asked.

“That is correct,” Torres answered. “That is the present plan.”

After a long pause, McGuire responded: “I will join Senator Rezin in being troubled by that.”

Sen. Jason Barickman (R-Bloomington), echoed McGuire and Rezin, saying he was worried that, “We might be facilitating a process that we’ve all witnessed within the higher educational community, which is chasing the money.”

Torres didn’t disagree; the school needs money. IMSA doesn’t get money from property taxes, it can’t sell bonds, it can’t hold over appropriations. It receives donations through a foundation, but Torres said

Most of those funds are restricted by the donors for funding special projects. The school relies on the state to supply about 80 percent of its budget, and he said Illinois just hasn’t been reliable.

“In 2014, I came to this body and said, ‘We have two boilers. One boiler is redlined. We don’t have capacity to pay for another boiler.’ And I did that for three years,” Torres said.

He told a similar story about the aging vans IMSA uses to transport students to various competitions, and the workaround he’d recently found to lease new vehicles.

Sen. Andy Manar (D-Bunker Hill), tried to put the committee’s inquiry into the context Rezin had mentioned: The perception that the University of Illinois’ main campus admits so many international students paying full tuition that homegrown Illinois residents are crowded out. Manar and other senators had even heard what sounded like proof, in another recent committee.

“Dr. Torres, just to explain, I think, the nature of the questions here, a couple of weeks ago the Appropriations II committee met,” Manar said. “Mr. (Al) Bowman, from the Board of Higher Ed, was sitting in that chair right in the middle, and he gave possibly the worst answer I’ve ever heard to a question … regarding the balance of in-state and out-of-state students, particularly at the University of Illinois.”

In that previous hearing, one senator had talked about his own daughter receiving scholarship offers from other Big 10 schools, but nothing from the U of I. And Bowman, director of IBHE, responded, “I mean, if you have 5,000 students from mainland China paying out-of-state tuition, what’s the incentive for them to discount to an in-state youngster in order to land that resident?”

Sitting in the same chair, at the same table where Bowman had sat a few weeks before, Torres reiterated his pledge to hold steady the number of IMSA slots reserved for Illinois residents. And Holmes, the bill’s sponsor, promised to amend her proposal to bake that pledge into the bill. With those assurances, the education committee voted unanimously to send the measure to the full Senate with a favorable recommendation.

Afterwards, Holmes said she had not expected so much push-back.

“I thought they’d look at the track record of what we did in Illinois, going two-and-a-half years with that budget impasse, because that devastated IMSA, and I thought we were going to lose them,” she said. “So now, when you figure they’re looking at ways —okay, how do they become less dependent on state funds? — to me, it was just a move that really made sense.”

The plan is still in preliminary stages. Even if this law is passed, it will be several years before IMSA would enroll students from outside Illinois.

Illinois Newsroom is a regional journalism collaboration focused on expanding coverage of education, state politics, health, and the environment. The collaborative includes Illinois Public Media in Urbana, NPR Illinois in Springfield, WSIU in Carbondale, WVIK in the Quad Cities, Tri States Public Radio in Macomb, and Harvest Public Media. Funding comes from the stations and a grant from the Corporation for Public Broadcasting (CPB). 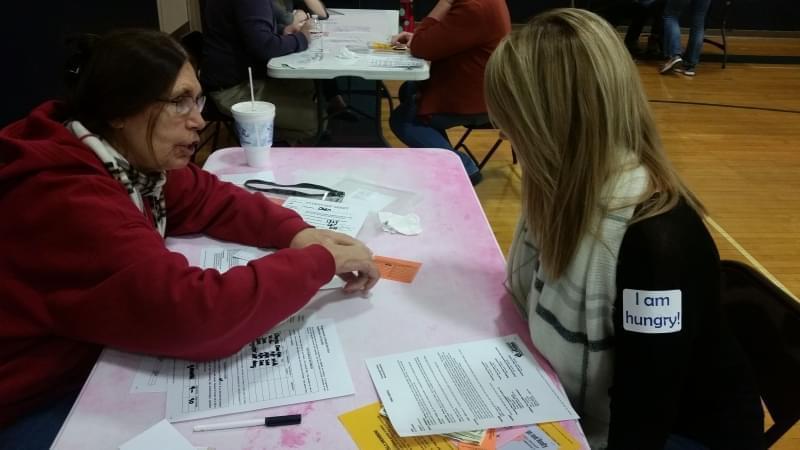