Illinois is poised to become the 11th state to legalize recreational marijuana after lawmakers approved a massive 610-page proposal that is touted as one of the most equitable in the country.

In the states that have legalized recreational marijuana, white entrepreneurs have been especially advantaged because of easier access to capital. But, Illinois lawmakers promised to level the playing field.

State Rep. Jehan Gordon-Booth (D-Peoria) helped craft the bill and she believes this will be a model for rest of the nation.

"In my time in this General Assembly never, ever have I seen a policy, words on a piece of paper, and seen myself in that paper," said Gordon-Booth. “If we are going to do this we must ensure that black and brown communities that have been divested in, that have been locked up and have been castigated to the side have to be central to this policy and that is what we have in this bill.”

The measure includes an expungement clause for low-level marijuana convictions. It also prioritizes minority applicants and offers grants and loans to those applicants to help offset the cost of getting into the industry.

After roughly 3.5 hours of floor debate, the Illinois House has passed the recreational cannabis proposal with a vote of 66-47. Illinois will be the 11th state in the nation to legalize the drug for recreational purposes, beginning Jan. 1, 2020 after @GovPritzker signs the bill

State Rep. Chris Welch (D-Hillside) made a point to mention during floor debate that the legislation does great things for minority communities across the entire state.

Not everyone was convinced though. State Rep. Curtis Tarver (D-Chicago) said he was offended by the notion this was about justice. He said he was about money.

Tarver did end up voting for the proposal, along with 65 other state Reps. Three of those were Republican lawmakers, as well.

Here’s the board if you’d like to see how each Rep voted pic.twitter.com/6ua1nqu1S5

Those in opposition to the measure said they were primarily concerned with children using the drug and the potential negative health effects.

"The idea that there's no studies out there on this stuff or that we think we have the answers on this stuff, is pretty appaling that we're rushing into this," said state Rep. Mark Batnick (R-Plainfield). "I know this has been out there for a while. I know the sponsor has worked on it for a long time, but my goodness there seems to be a lot of red flags on this issue."

Regardless of the hesitations, the measure did get enough votes to pass through the chamber and will be sent to Gov. J.B. Pritzker who has signaled he will sign it into law. Moments after the bill's passage, Pritzker sent this statement: “The state of Illinois just made history, legalizing adult-use cannabis with the most equity-centric approach in the nation," the statement read. "This will have a transformational impact on our state, creating opportunity in the communities that need it most and giving so many a second chance." 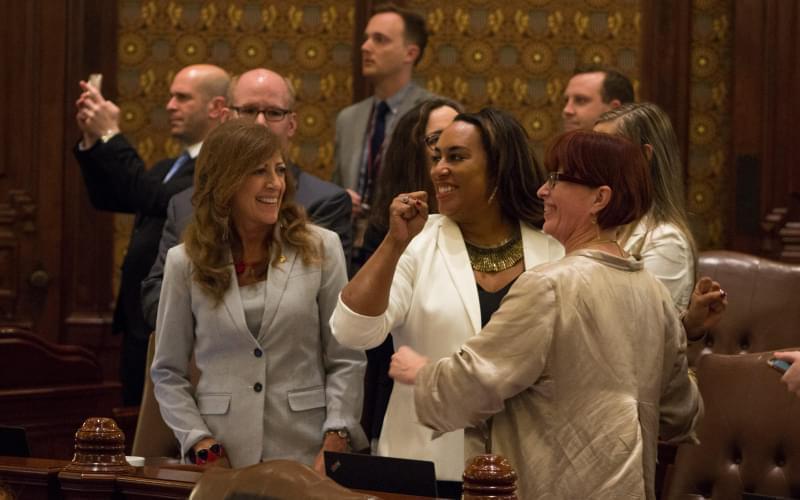