Inventor Of The LED Receives Champaign Parade of Lights Honor

Genevieve Kirk said it was only fitting that this year’s Champaign Center Parade of Lights pay tribute to the man credited with inventing the first LED.

Kirk is the executive director of the Champaign Center Partnership, which has for nearly the last decade, hosted the annual parade in downtown Champaign. The celebration serves as a local business and community booster on Small Business Saturday, which follows the Thanksgiving holiday, she said.

University of Illinois Professor Emeritus Nick Holonyak Jr. is the honorary grand marshal of the 19th annual Parade of Lights. Holonyak is 91, and he retired from teaching in 2013.

While a researcher at General Electric in 1962, Holonyak invented the first light-emitting diode (LED), which was the color red. He also created the first semiconductor laser to operate in the visible light spectrum.

Holonyak, a Ziegler, Ill. native, returned to his alma mater, the U of I, a year later to take a position as a professor.

Today, LED lighting is used in everything from household lamps to street and traffic lights, as well as holiday lighting. LED bulbs are low-heat, more energy efficient and longer lasting than incandescent bulbs, and they’re made of non-toxic material that can be recycled.

“There’s a clear tie-in for the inventor of the LED and Parade of Lights, an event that’s all about celebrating light and so many of our lighted floats will have LEDs on them,” Kirk said.

Because Holonyak is unable to physically participate in the parade, the Champaign Center Partnership brought the celebration to the famed professor at his retirement home, Clark-Lindsey Village in Urbana, earlier this week.

Admirers, old friends and fellow Clark-Lindsey residents congratulated Holonyak, who lives at Clark-Lindsey with his wife, Kay. The professor was also presented with a small fiber-optic Christmas tree replete with LED lights.

Two U of I doctoral student recipients of the Nick and Katherine Holonyak, Jr. Graduate Student Fellowship will ride in the parade in Holonyak’s place, Kirk said.

Holonyak continued breaking new ground in the realm of infrared and laser research while an educator at the U of I; the professor and his students created a practical laser for fiber-optic communications, medical uses and other applications. In 2004, with his U of I colleagues, Holonyak also developed the light-emitting transistor.

While he’s received numerous international awards, in addition to former Gov. Pat Quinn naming a day after him, Holonyak said receiving the honor of grand marshal of the Parade of Lights makes him feel like an important part of the Champaign-Urbana community.

“That means that the people around you know what you do. You know, you’re not a stranger. You’re part of their life,” Holonyak said.

He said his favorite part of being a professor was working with students.

“The greatest thing I got in Champaign-Urbana, was I got some really good students,” Holonyak said. “You can get students here with big ideas, good ideas and the stuff that has to be done.”

Holonyak also thought the celebration of light was an appropriate one for the community.

“I like the fact that it says Parade of Lights because light is fundamental to our existence. Without light, without sun, we wouldn’t be here.” 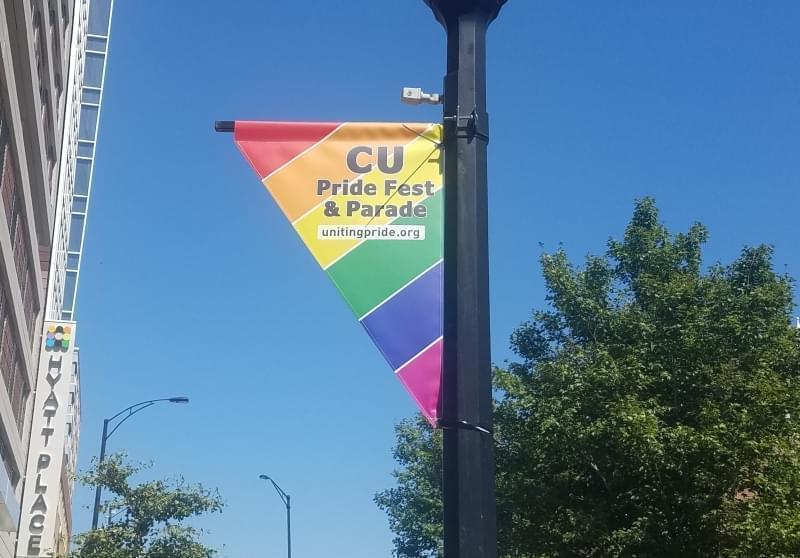