After 18 years serving the Metro East region of Illinois, pediatrician Kristin Stahl is crafting an exit strategy - and may eventually close her practice.  Two years of unpaid bills during the state’s budget impasse have driven her into debt and to the end of her patience.

“The state has historically been so terrible in its payments that it’s very difficult to keep in business,” says Stahl.

She is currently owed more than $100,000 and has had to take out a line of credit from the bank to be able to make payroll and keep her practice open in Collinsville, Illinois, which is located about 15 miles east of St. Louis.

Illinois has now had a budget in place for a month, along with a federal court order that requires the state to prioritize paying down the $3 billion backlog of overdue bills to providers who serve patients on Medicaid - a federal-state program that provides health insurance to lower-income and disabled people. At the end of July, the state paid nearly one-fifth of that debt or $740 million to 11 managed care organizations, which serve as the middlemen between the state and Medicaid providers.

But so far, that money has not trickled down to some of the providers serving the state’s most vulnerable. Often these practices were already stretched thin by the low reimbursement rate Medicaid provides. Illinois ranks 43rd in Medicaid spending per enrollee in the nation and is the lowest in the Midwest, according to 2014 data compiled by the Kaiser Family Foundation.

Doctors across Illinois are struggling, according to Jennie Pinkwater, executive director of the state’s chapter of the American Academy of Pediatrics. She says the doctors who have been hit the hardest throughout the budget impasse are private practice physicians in areas with high concentrations of Medicaid patients.

Pinkwater says that she’s concerned to see so many doctors, who’ve made it their mission to serve areas with great medical need, pushed to the brink.

Metro East has seen an increase in Medicaid patients in recent years. Some providers won’t take them, because the reimbursements are a fraction of what private insurance pays.

Sixty percent of Stahl’s patients are on Medicaid. But she has never been one to turn away patients, like 10-year-old Makayla, who recently came in for a physical exam.

She and her three older siblings have all been seen by Dr. Stahl, pretty much since birth. Being on Medicaid has been tough for Makayla, who has a rare, genetic condition that requires frequent visits with specialists, many of whom won’t accept her insurance. For this reason, Makayla’s mom, Wendy Kelly, is grateful to Dr. Stahl and her team.

“They have such a big heart that they’re still willing to see us without money because they want to make sure that our children are okay,” Kelly says.

But now, while she waits for the state to release the money to pay her overdue bills, Stahl is moving forward on a plan B. She’s nearly $100,000 in debt now--it’s been as high as $200,000 in the past two years. Next month, she’ll be opening a new practice in St. Louis. The new place will be upscale and marketed to patients with private insurance. She’s already purchased the building, which she is in the process of remodeling. Initially, Stahl plans to travel back and forth between her two practices. Once her practice in Missouri gets established, she says she’ll consider selling or closing the Illinois clinic.

“I cannot keep seeing a large proportion of Medicaid patients and expect to send my children to college,” says Stahl.

Other pediatricians in the Metro East area who see a majority of Medicaid patients echoed Dr. Stahl’s frustrations.

In Belleville, Dr. David Norman specializes in child abuse pediatrics. His patients include some of the highest-risk children in the area, including foster care kids with a history of trauma and abuse. As he waits on more than $300,000 in overdue payments from the state, he’s faced with two options: close his doors, or continue taking out loans to make payroll.

“I’ve already had to max out my credit lines, over $100,000,” Dr. Norman says. “Now I’m relying on personal savings to get by.”  He says he may have to start selling assets soon.

“I cannot keep seeing a large proportion of Medicaid patients and expect to send my children to college,” says Dr. Stahl.

Dr. Norman has also considered selling his practice to a larger hospital system, but, he says, “it’s so bad right now that all the big systems don’t even want to buy your practice” because they don’t know when they’re going to get paid.

“If we didn’t pay the state, we’d be in jail,” he adds. “It’s absolutely unconscionable and unrealistic that they can expect people that they owe money to can survive without payments.”

While he waits, Norman is finding ways to stretch every dollar. He hasn’t paid himself in four months, he’s made cuts to staff and has reduced the clinic’s hours, which means fewer available appointments. And while he has yet to turn away new Medicaid patients, he says he will have to, if he doesn’t start getting paid soon.

“I don’t want to turn these highest-risk patients away, because you feel like, these are the kids that you really can intervene and make a difference,” Norman says. “And they’re making it harder and harder and harder to do it.”

Challenges with Medicaid go way back

For many of these doctors, the problems with Medicaid predate the Illinois budget impasse.

For years, Stahl says it’s been difficult to deal with managed care organizations, which will do things like draw payments out and reject claims without clear explanation.

For example, “they drop codes that have been paid for years and say their computer doesn’t recognize them,” she says. “We then have to resubmit, it takes man hours on our end.”

Dr. Stacie Laff, a pediatrician in Belleville, says Illinois’ reimbursement rate for Medicaid has not increased in years, despite the rising costs of living and running a practice. During the budget impasse, Laff went a period of several months when she stopped accepting new Medicaid patients from the MCO Meridian Health Plan of Illinois, since they had gotten so far behind in payments. Although she is no longer is turning patients away, she says she’s been getting more calls recently from Medicaid patients asking if she’ll see them because no one else will.

In a statement, Dr. Nestor Ramirez, a neonatologist and president of the Illinois State Medical Society, said that while the recent release of state funds to pay down some of the Medicaid bill backlog was “a dose of good news, significant challenges remain” for Illinois physicians.

Pinkwater says providers will most likely be on the hook for at least some of the interest payments on their loans, depending on how long it takes the state to pay down the bill backlog.

Illinois Public Media reached out to the three MCOs that work with providers in the Metro East area. Meridian Health Plan of Illinois did not respond to multiple requests for comment. Molina Healthcare of Illinois and Harmony Health Plan both issued statements saying they have continued to pay all provider claims throughout the budget crisis, despite lack of payments from the state -- claims that are contested by the doctors who were interviewed for this story.

Pinkwater confirmed that for pediatricians throughout Illinois, payments from MCOs have generally been delayed, although some have been worse than others. Illinois Public Media also obtained a federal court document from Chicago-based attorney David Chizewer, which compiled evidence showing that delayed and reduced payments from MCOs had become common in recent months, leading providers to turn away or limit the number of Medicaid patients they would see.

“I don’t want to turn these highest-risk patients away, because you feel like, these are the kids that you really can intervene and make a difference,” Dr. Norman says.

It’s challenging to provide health care in low-income communities everywhere. In a statement, the American Medical Association says that Medicaid reimbursement rates often lag behind private insurance and Medicare, and “physician practices cannot remain economically viable if they lose money on the care they provide.”

The AMA also notes that if the number of providers willing to accept patients on Medicaid goes down in certain areas where they are already sparse, “Medicaid patients may have coverage but not real access to care.”

Stahl says it’s not an easy decision to leave behind her practice, and that she worries about where her patients would go if her practice in Collinsville were to close. But after 18 years “watching much happier practices grow in areas that have less Medicaid,” she says she feels like she’s done her service and it’s time to move on. 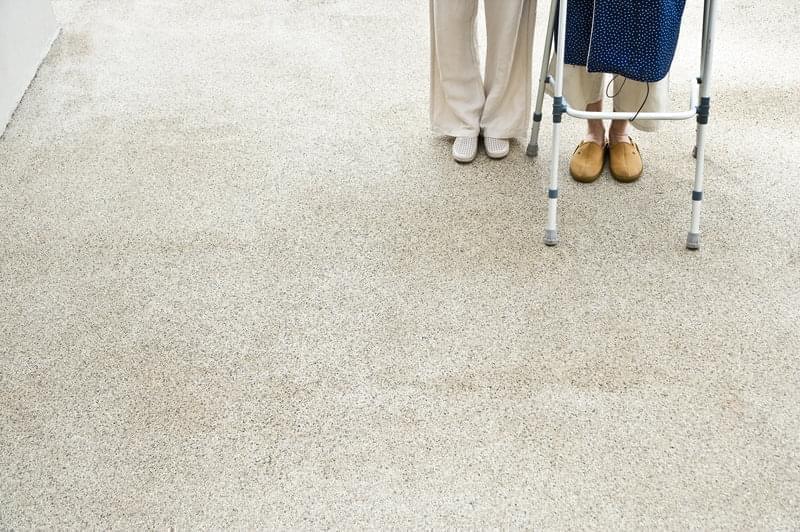 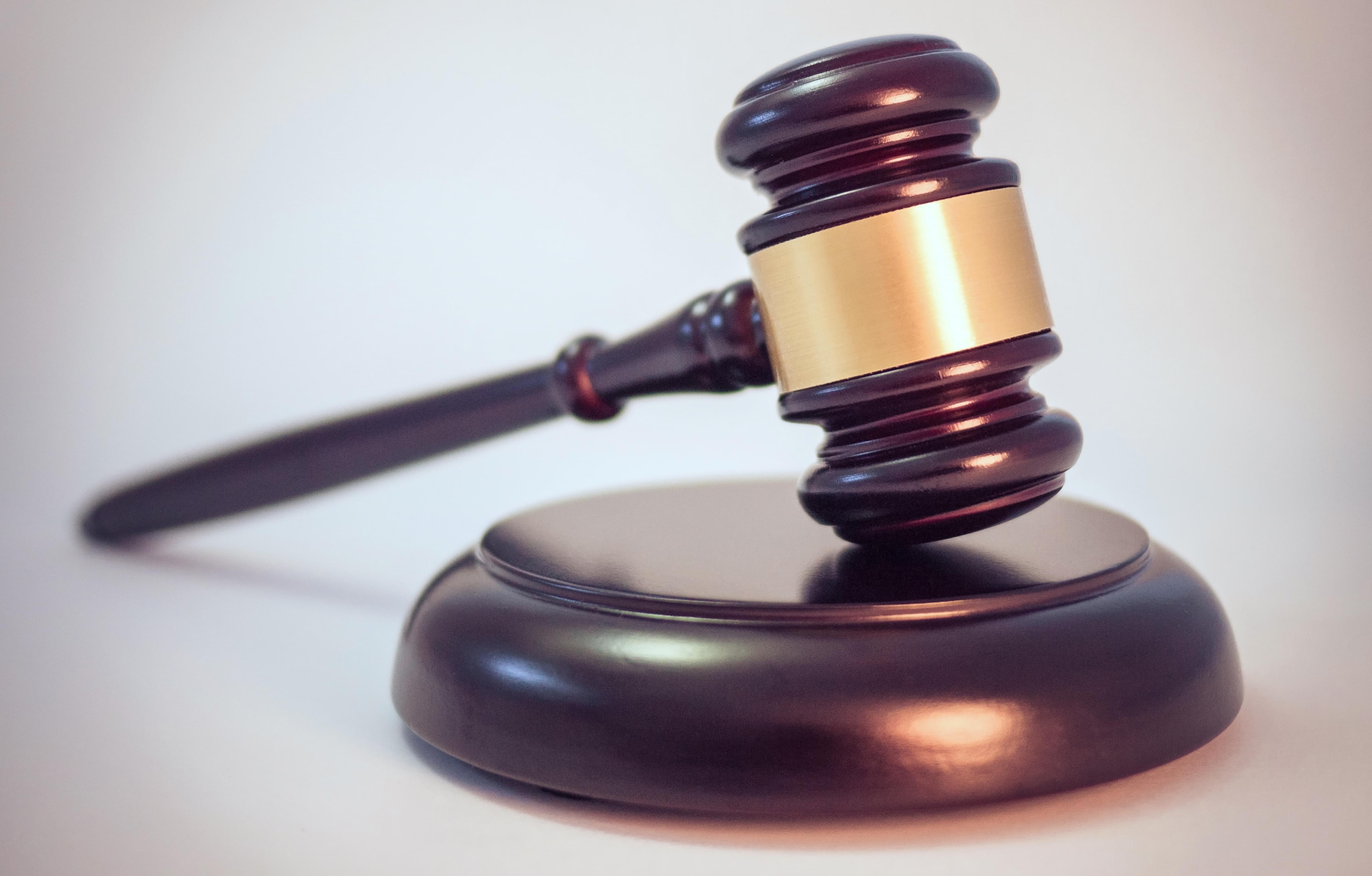