Illinois residents shopping for health insurance through the Affordable Care Act marketplace for next year could see rate increases as high as 40 percent, under rate plans submitted through the Illinois Department of Insurance.

Illinois premium increases are, on average, lower in 2018 than 2017 for all levels, the department said in a news release.

Illinois is divided into 13 rating areas, which influence available options and plan premiums. That map is unchanged from last year.

Statewide, rate increases range from 3 to 29 percent for the lowest Bronze plans. The average increase is 20 percent.

The changes for the lowest Gold plans range from a 6 percent decrease to a 21 percent increase, with an average change of 16 percent.

“There is no question that major structural flaws in the ACA have forced higher insurance rates and separated families from trusted physicians and hospitals,” said DOI Director Jennifer Hammer.

The Open Enrollment Period this year begins November 1, with only six weeks available to sign up at the GetCoveredIllinois website.

DOI reviewed the rates but cannot reject or change proposed rates as long as they are actuarially sound, according to a news release.

Blue Cross Blue Shield is the only insurer offering individual marketplace plans statewide. HAMP is the only provider offering plans on the small-group marketplace. Humana Health Plans has dropped out of the exchange.

Most of the state can consider plans from two different providers. Residents of Cook, DuPage and Kankakee counties can choose among three providers. Only Blue Cross Blue Shield is available in ten northern Illinois counties and three counties around St. Louis.

DOI submits the rate proposals to Centers for Medicare and Medicaid Services (CMS), which will finalize them next month. 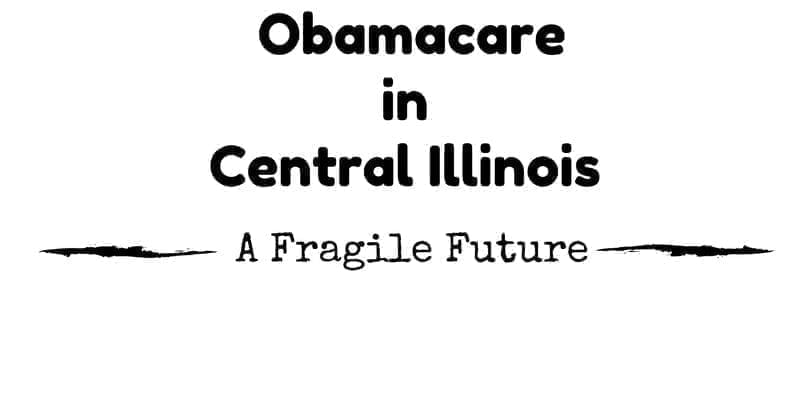