The 11-month state budget impasse will force a rape crisis center based in Urbana to scale back operations to a 24-hour crisis hotline by the end of the month.  RACES Executive Director Mary Evans says the state will owe the agency nearly $200-thousand by the end of June.

Without that money, she says they can no longer offer their other services, like one-on-one, group and family counseling, medical and legal advocacy, and community education --- except when volunteers can step in to help.

Evans says that to call the cutbacks devastating is an ‘understatement’.

“It’s been quite difficult for our childhood adolescent counselor to talk with children and their family members, or supportive others, and tell them that the services are going away," she said.  "Adults, it’s difficult for them as well.  We provide only brief counseling, meaning ten sessions, but we have some clients who’ve been with us for multiple years.”

RACES is cutting a total of seven staff positions as of May 31st, leaving them with just one part-time employee funded by the United Way of Champaign County. That agency’s support will allow the hotline to keep going.

Without state funding, RACES has relied on local fundraising efforts, totaling more than $50,000 thus far, to stay open this year.

"The community has been extremely supportive in the last several months, and we appreciate every donor dollar that's come our way," Evans said.  She said the board is hard at work on a plan to make sure core services continue, with hopes of returning to a similar staffing pattern when state funds are restored.

There was news late Thursday afternoon that Illinois lawmakers had approved $700 million to partially fund various human service programs, but Evans said her agency had not heard word of any potential funding from the Illinois Coalition Against Sexual Assualt, which funds 29 rape crisis centers, including RACES, at time of the agency's Thursday news conference. 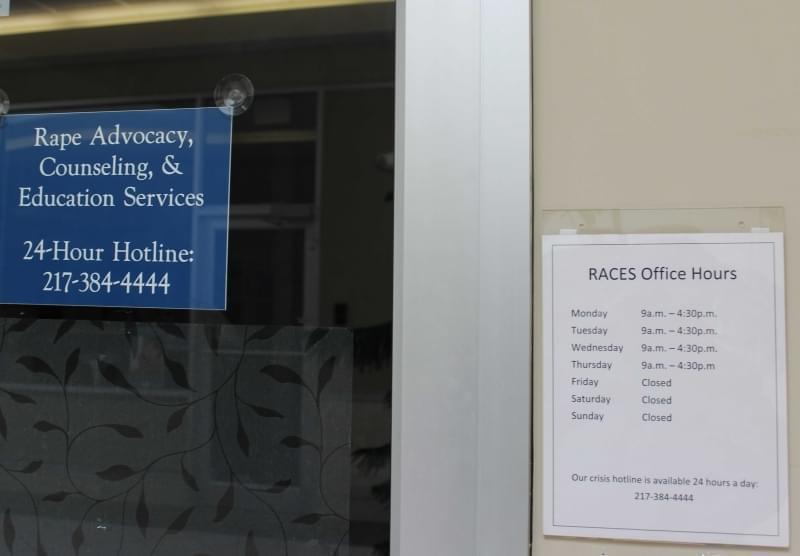