A growing number of studies indicate that climate change is behind more frequent and intense flooding among Midwestern waterways. But Guyton and other riverside residents believe there’s a bigger culprit behind the rising Mississippi: high levees.

“When you farm along the river, you know that at least every 15 to 20 years, you’re going to experience a flood,” Guyton said. “We’ve had more experiences than we should,” she said. “Something is very wrong.”

Across the river and upstream from her farm, Guyton, 72, recently stood on top of a levee that’s a part of the Sny Island Levee System. It looked like a grass-covered mound of dirt that, like a snake, wrapped around an area of cropland.

“It’s just a bit overwhelming,” she said. “It would take a lot of river to go over this.”

The federal agency released a survey this year that showed 40 percent of levees along the Mississippi River in the Rock Island District have been built higher than they’re supposed to be. It found portions of the Sny to be 2 or 3 feet higher than the authorized level. Since the late 1990s, the Sny Island Levee and Drainage District has been building its levees up to protect against 100-year floods, which have a 1 percent chance of happening in any given year.

But the Illinois Department of Natural Resources is proposing policy changes that could make it legal to add height to larger levees. State regulators released draft amendments this year that would eliminate requirements to obtain permits or a department review for changes made to levees that provide protection against 100-year or worse floods.

Drainage districts build up levees and floodwalls to protect what’s behind them. The Sny Island Drainage District’s levees are crucial to keep farmland, interstates, industry and about 1,200 residents from being flooded, said Mike Reed, the district’s superintendent.

“In December 2015, we had over 15,000 acres under water here in the Sny, inside the system, and without the Sny, all that water would have run directly into the river at an uncontrolled rate,” Reed said. “With the system in place, the water was pumped into the river and took 3 to 5 weeks or longer to get it into the system. So it controlled flooding, as well as prevents flooding.”

Reed denied that the Sny levees are higher than authorized by the Corps of Engineers.

Research has shown that raising levees will cause water levels to rise and worsen flooding.

“[The river] is like an eight-lane highway and you’re constricting it to a single lane,” said Nicholas Pinter, a geologist at the University of California-Davis. “So it’s inevitable that things get clogged up.”

The Illinois DNR’s proposed amendments are an attempt to bring the state’s flood control policy more in line with Missouri other states that border the Mississippi. Illinois’ rules regarding levee construction are relatively more stringent than neighboring states. Development in the floodplain can’t increase the flood stage, the level at which water will overflow the river banks, by more than a 10th of a foot. In Missouri, it can’t be increased by more than a foot.

“Illinois has a much higher standard than our neighboring states and is potentially at an unfair competitive disadvantage,” Ed Cross, the Illinois DNR’s director of communications, wrote in an email. “Illinois economic development and agricultural interests should not be forced to compete in an inconsistent interstate regulatory environment. The state of Illinois is in favor of uniform standards for all states along the Upper Mississippi Flood Basin.”

The reason elevations are regulated is to avoid a “levee war,” in which a high levee on one side of the river causes people on the other side to build even higher levees to fend off floodwaters that get pushed in their direction.

“It’s not a matter of just everybody in your own best interests take care of yourself and raise your levees and do what you need to do to protect yourself,” said Scott Whitney, flood risk manager for the Corps’ Rock Island District. “Because it often comes at a cost or an expense to someone else, in terms of the impacts potentially moving across the river, down the river or up the river.”

Environmentalists worry that if Illinois loosens regulations on high levees that could have dangerous results, especially as 100-year flood events become more common due to climate change.

Olivia Dorothy, associate director at American Rivers, thinks that drainage districts need to work on lowering levees and setting them back from the river, Dorothy said. American Rivers is a group that advocates for measures to protect rivers and water quality.

“We need to be looking at strategies that drive that flood elevation down instead of pushing it higher and higher up and creating a greater risk for people that are living behind levee and people who are living in neighboring communities,” Dorothy said.

Illinois regulators have yet to decide on the proposed policy changes. But some, such as Missouri Attorney General Josh Hawley, urged Illinois lawmakers to wait until after the Corps of Engineers completes a study that could shed light on how levees and other structures contribute to flooding along the Mississippi River.

But some who live near the river say their experiences show a clear connection between recent river engineering and flooding.

“When I bought this house, it had not flooded in 15, 20 years,” said Richard Cottrell, who gives tours at a Victorian house in Clarksville, Missouri. “I’ve had it for 11 years and it’s flooded five times. You know it’s a change of what we’re doing, not the change of nature.” 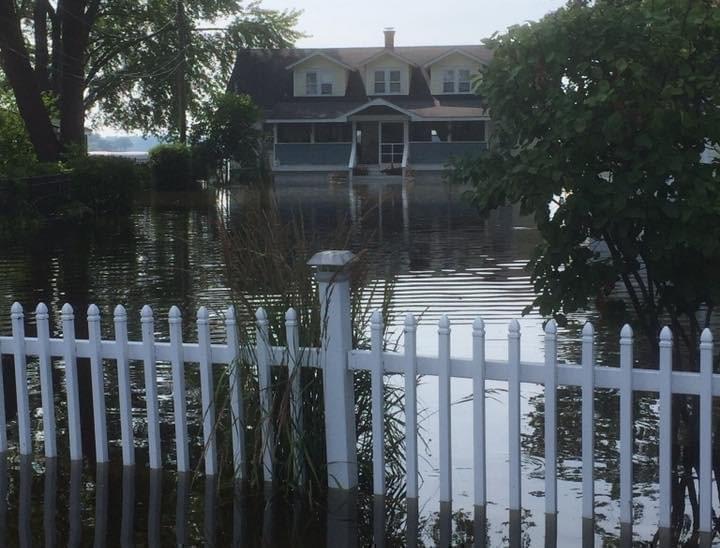 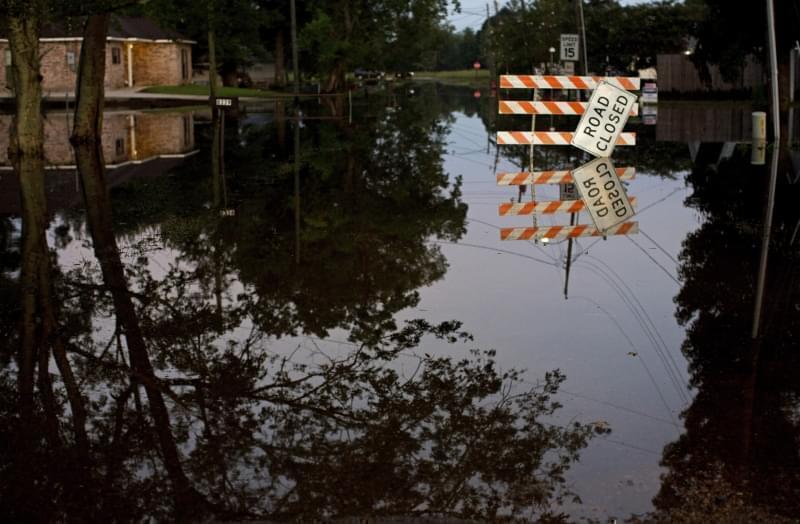 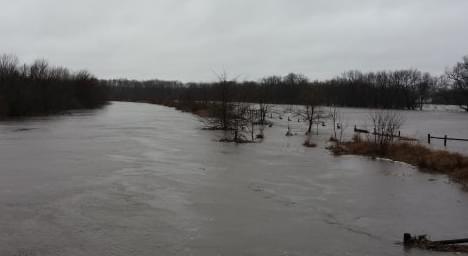 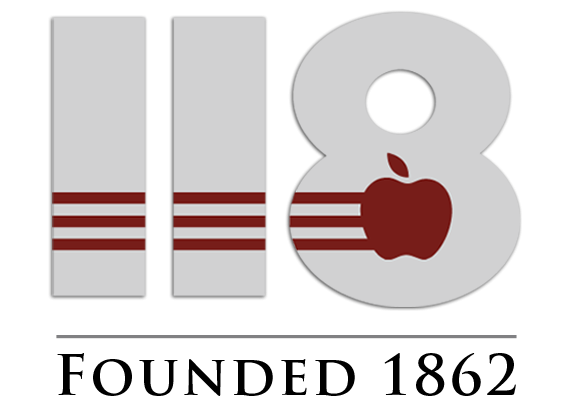