With schools set to open in just a few weeks, Illinois still doesn't have any way to send money to schools. K-12 funding has become the latest partisan battleground at the statehouse, and yesterday, one procedural misstep may have inadvertently made the gridlock even worse.

Standing at a podium in his office, Governor Bruce Rauner addressed a crowd of reporters. His staff had announced this press conference via email at 5 a.m. But the countdown leading up to it had begun much earlier. For six weeks, Rauner had been demanding that Democrats send him their school funding bill, Senate Bill 1, so he could veto the parts he didn’t like.

If it becomes law, SB1 will mark a historic change in the way Illinois supports schools, replacing a decades-old formula that relies on property taxes with a new evidence-based plan. Rauner likes that part. What he doesn’t like is the part he says gives too much money to Chicago Public Schools.

“SB1, in its current form, basically took the significant increase in school funding that I have advocated for and diverted hundreds of millions of dollars of it away from the classrooms around the state and diverted it to Chicago,” he told the media.

Rauner’s claims about SB1 being a “Chicago bailout” were rated “false” in a reportreleased Tuesday by the non-partisan Better Government Association.

Rauner said he would strip away this unfair advantage CPS enjoys; but he also said his plan would send CPS $200 million more than the district currently receives.

Exactly how would that work? His staff said answers to that — and other questions — will be revealed later. The funding boost his AV would afford each district, touted at his press conference, had been detailed on his website for weeks. Those figures appear to have been based on simply taking $203 million from Chicago Public School's block grant and adding it to the k-12 appropriation contained in the state budget (Rauner's veto of that package was overridden). Those spreadsheets have been removed from his website while the Illinois State Board of Education models the changes wrought by Rauner's AV.

But perhaps the most urgent questions involved numbers that don’t have dollar signs — the number of votes needed to approve his changes.

“Well, Dave, great question!” Rauner said. “Upholding my amendatory veto requires a simple majority.” But other reporters chimed in to tell the governor the Supreme Court had ruled it would take a super-majority to approve or override his veto — a scenario hard to imagine in Illinois’ House of Representatives.

“What we need is fair and equitable funding,” he said. “This bill should’ve been sent to my desk June 1st. I acted exactly quickly, exactly as I laid out, exactly as my Constitution sets. And we’re acting to protect all of our children, all across the state, including the City of Chicago, and treating them equitably.”

He quickly ended the press conference, leaving the issue of statewide school funding up in the air. Due to a clause in the budget, the state can’t send any money to school districts except through an evidence-based model.

State Sen. Andy Manar, a Democrat from Bunker Hill, is the sponsor of SB1 (it’s his 4th try at a school funding overhaul in as many years). He’s also on the bipartisan team of negotiators that has been working to reach a compromise. And despite the veto, he sees no reason to stop.

“Maybe our route’s a little more difficult now, but in reality, we can pick up where we left off,” he says.

“So then the question is: Governor, what’s your Plan B? What are you going to do now? Because we are not going to accept the veto as written.”

“I’m not going to go into details about specifics of a negotiation,” he said. “The best thing we can do is go right back to that table and begin those conversations with the people who are willing to do it, and negotiate in good faith. We had that going.” 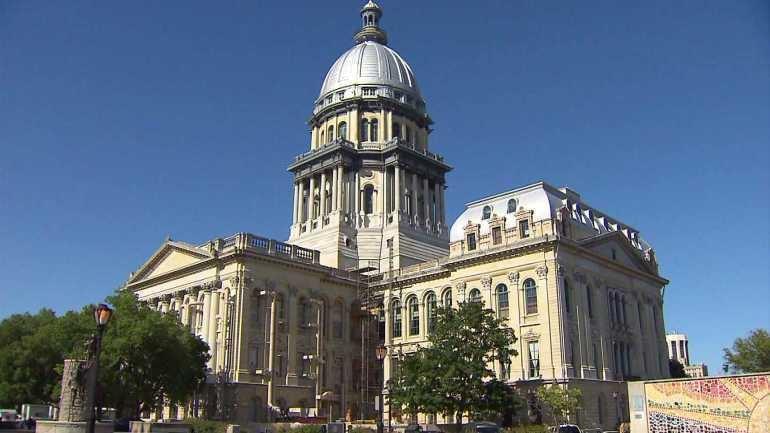