The lawmaker from Illinois’ 15th Congressional District was co-leader, along with former Assistant Secretary of State David J. Kramer, of a team of observers organized by the non-partisan International Republican Institute. They were invited by the Ukrainian government to observe the April 21st 2nd-round presidential election.

Shimkus said the conclusion of the observers was that Ukraine’s elections were free and fair, even though a sizable minority of Ukrainians had difficulty voting.

The preliminary report from the observation team blamed those difficulties on a “direct assault” by Russia, through its occupation of Crimea and support of separatists who have set up two breakaway states in Ukraine’s Donbass. 12 percent of Ukraine’s electorate live in those areas, while another four percent are “internally displaced”. The observers say the process set up to allow these voters to cast ballots using a temporary address was cumbersome and needed streamlining.

“The statement we made was, when sixteen percent of the citizens of a country cannot vote, because they’re in occupied territories of Russia, then that’s probably the most intrusive aspect involving themselves in the political debate,” said Shimkus.

Despite those difficulties, Shimkus said Ukraine’s election were a success, and that the process was transparent. He said the observation team saw voters showing photo identification as they came to cast ballots. The ballots were deposited in clear boxes, where they could be seen piling up inside. At the end of the day, Shimkus said he was among observers who watch those same ballots being sorted and counted, with the results reported to Ukraine’s Central Election Commission.

“And this tells the story that Russia is wrong, that democracy can thrive in former Soviet republics,” said Shimkus.

The congressman, who said he was previously part of groups that observed elections in Georgia and Belorus, said Russia had tried to depict Ukraine as a failed state that was not capable of holding a fair election. But Shimkus said the results of the election showed otherwise.

Comedian and political novice Volodymyr Zelensky won 73.22% of the vote, according to preliminary reports, to defeated the incumbent, Petro Poroshenko, after both won the 1st round of voting, defeating 37 other candidates.

President-elect Zelensky is the producer and star of “Servant of the People”, a satirical show on Ukrainian television, in which a schoolteacher unexpectedly becomes president, after a video of him ranting against government corruption goes viral.

Shimkus said it was worth noting that Poroshenko quickly conceded defeat after the election, and announced plans to remain politically active as a member of the opposition. He said that shows that the electoral process can move ahead peacefully in a former Soviet republic.

“That’s exactly what you want,” said Shimkus. “You want the public to say, I cast my vote, here’s the winner, no violence, no protesting in the street, let’s move on to the next cycle.”

For upcoming elections, the observer team recommended that Ukraine streamline and simplify its temporary address voter registration system for those kept from voting due to Russian occupation. And it suggested more issue-based rather than negative campaigning, and greater use of candidate debates. 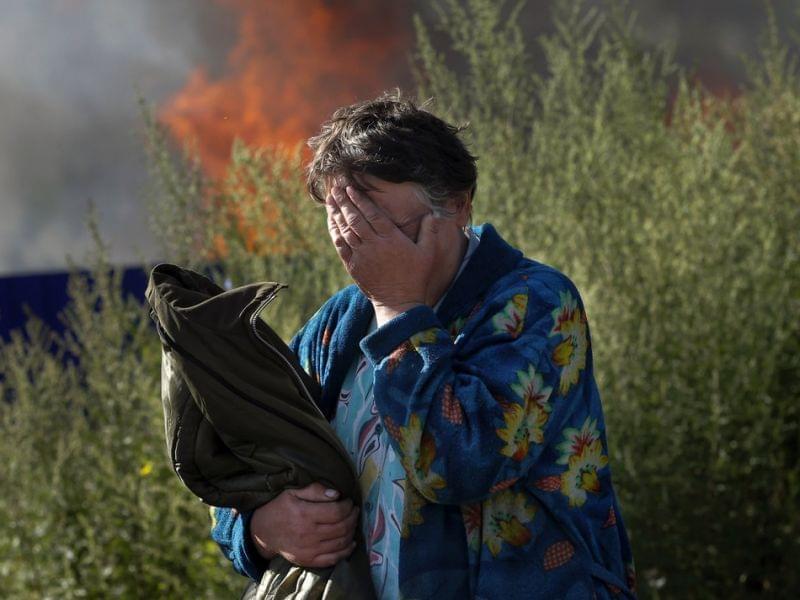