Illinois Republican John Shimkus, who was first elected to Congress in 1996, announced Friday that his current term will be his last.

Shimkus made the announcement on Mark Reardon’s afternoon talk show on KMOX Radio in St. Louis, reading a statement that was released by his office a few minutes later.

The 61-year-old Collinsville native said that with candidates for office in Illinois set to begin circulating ballot petitions next week, “now is the time for me to announce that I will not be seeking re-election.”

Shimkus said serving in Congress has been an honor, in words that suggested a complete retirement from politics.

“I will leave the political field knowing that I have serve honorably,” said Shimkus, “and, with the help of many, accomplished a lot for my constituents, our state, and our nation.”

But Shimkus acknowledged that the years spent in the U.S. House has put a strain on his family, including his wife Karen and three sons, now grown.

“I regret the times I have been away from the four of them,” said Shimkus, “and thank them for their constant love and support.”

A congressional colleague who once worked as a Shimkus staff member says he knows his family will be happy to have him home. U.S. Rep. Rodney Davis (R-13) worked for Shimkus for 16 years, on both his campaign and congressional staff, before being chosen six years ago to succeed Tim Johnson in a neighboring district.

In a statement, Davis said Shimkus “taught me the importance of constituent service and making the federal government work for the people you represent.”

Shimkus represents the reliably Republican 15th Congressional District in eastern and southeastern Illinois. Prior to 2012 redistricting, he represented the 19th District, and before 2002, the 20th District. Shimkus won a close election to win his first term in that district, after his predecessor, Democrat Richard Durbin, ran for the U.S. Senate.  Before that, while serving as Madison County Treasurer Shimkus had challenged Durbin unsuccessfully for his House seat in 1992.

After his first congressional victory, Shimkus, an Army veteran and former high school teacher, said on C-SPAN’s Washington Journal program that his election showed that “the system works” and that an “average Joe middle-class American can run and get elected to the U.S. Congress”.

Shimkus has won reelection easily in recent years. He won 70% of the vote against Democrat Kevin Gaither in 2018, and ran unopposed in 2016 after defeating fellow Republican Kyle McCarter, who ran to the right of Shimkus in the GOP primary.  His strongest Democratic challenger was David Phelps, a fellow incumbent who challenged him after redistricting reduced the number Illinois' congressional districts in 2002. Shimkus won that contest with 55% of the vote.

Shimkus is a senior member of the House Energy and Commerce Commission, and the ranking Republican on its subcommittee on Environment and Economy. A report in Politico cites the 2016 overhaul of the nation's primary chemical safety law as his signature legislative achievement.

When he leaves office, Shimkus will have served in Congress twice as long as he first promised to. In 1996, the Republican had pledged to step down after six terms, if elected. But as he announced plans to run for a sixth term, Shimkus said his self-imposed term limit pledge had been a mistake.

“Unless everyone plays by the same rules, term limits do not make sense,” Shimkus told reporters, according to a report at the time from Sean Crawford for Illinois Public Radio.

Shimkus is the 10th Republican U.S. House member in the 116th Congress to announce they won’t seek re-election or another office, according to Ballotpedia. In addition, three GOP House members have, or will soon will, leave office early. By comparison, only two U.S. House Democrats have announced plans to retire from public office. 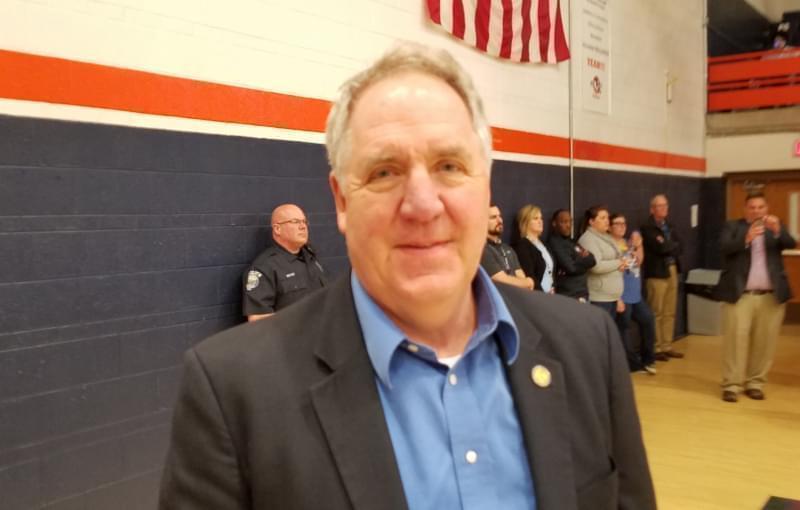 Shimkus Hopes For “Clean” Version Of Violence Against Women Act 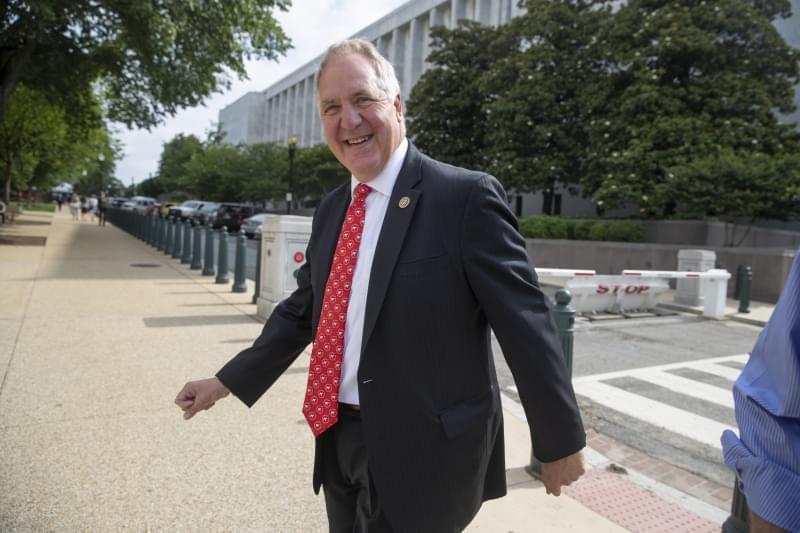