A tentative contract agreement has been reached between the University of Illinois and striking graduate workers at the Urbana-Champaign campus.

The Graduate Employees Organization - or GEO - reported the tentative agreement Thursday morning on its Facebook page and on Twitter.

“The strike is still on, we will continue to withhold our labor until the contract is ratified,” said the GEO in its statement. “If the members vote to ratify, our strike is over and we have a new contract. If not, our strike continues.”

The bargaining team has signed a tentative agreement with the Administration, which will now go to the membership for ratification. Pickets for today have been suspended. If the members vote to ratify, our strike is over and we have a new contract. If not, our strike continues.

The GEO has scheduled a meeting for 4 PM Thursday at the Urbana Champaign Independent Media Center to discuss the tentative contract and hold a ratification vote. Members who are unable to attend Thursday's meeting will be given achance to vote on Friday.

The union says its picketing and occupation of university administrative offices have been put on hold, pending the membership vote.

GEO co-president Marilia Correa said on Illinois Public Media's "The 21st" that she was happy to hear negotiators had reached a settlement.

"I trust our bargaining team," said Correa. "If they think it's worth calling a GEO general membership meeting, I'm really happy about it -- and we can close this chapter in the GEO's history."

University of Illinois Vice Provost for Academic Affair Bill Bernhard also greeted news of the tentative agreement while a guest on “The 21st.”

"I want to congratulate the bargaining teams from both sides on working so hard to pull together some language and find the common ground between the GEO and the university," Bernhard said.

The GEO has said graduate tuition waivers are a major issue for them. The union wants the waivers guaranteed for all grad workers going forward, but the university wants more control over who gets them.

Graduate student employees walked off the job at the U of I Urbana campus on Feb. 26, after months of contract negotiations. The strike has caused hundreds of classes on the Urbana campus to be canceled and dozens more to be relocated.

News of the tentative agreement followed an all-night bargaining session with a federal mediator. No details of the agreement have been released prior to the ratification meeting, but union members told the News-Gazette that the contract includes three years of wage increases, and language on tuition waivers that gives both sides much of what they wanted.

U of I Urbana Provost Andreas Cangellaris released the following statement through a mass email to campus students, staff, and faculty:

To All Members of the Campus Community:

I am excited to announce that, following an extremely productive and collaborative all-night negotiation session, the Graduate Employee Organization and the university administration have reached a tentative agreement on a new contract that will be put up for a ratification vote by the full GEO membership today and tomorrow. The full details of the agreement will be released after the ratification process has been completed.

While there have been differences at the bargaining table throughout this process, we firmly believe that the first and shared goal of everyone involved in these negotiations was to ensure continued excellence here at the University of Illinois at Urbana-Champaign. The contributions of our graduate employees at Illinois are essential to every aspect of the educational and scholarly missions of one of the world’s best public research universities. We appreciate their sustained effort and commitment during this week’s bargaining sessions that led to today’s agreement.

This tentative agreement finds common ground built on those goals to ensure graduate employees at Illinois will have the financial and personal security to focus fully on the academic pursuits and aspirations that brought them here. And this agreement also guarantees our faculty the flexibility to ensure the future quality and competitiveness of our academic programs in the rapidly shifting landscape of global higher education.

This university has a 150-year legacy of attracting the brightest, most creative and most talented students and scholars. We hope the GEO membership will vote to approve this agreement in the coming days and add a significant new chapter to that story.

Hear the full conversation from "The 21st" on SoundCloud:

GEO Strike At U Of I Enters Second Week 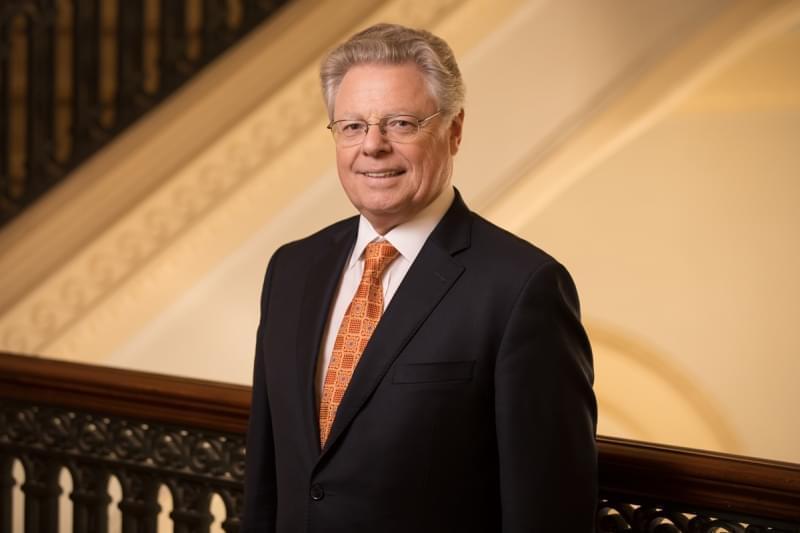 As Strike Continues, U Of I Provost Says He Wants To Continue To Negotiate ‘In Good Faith’