Just because someone has four walls around them every night, that doesn’t mean they’re housed. That’s what Paul Hamann believes. He’s the president and CEO of the Night Ministry, a Chicago-based non-profit that provides shelter and healthcare services to the homeless.

Hamann said he knows young people who sleep at friends’ homes every night. They’re able to take a shower, and they go to school the next day.

“You would never think that they are homeless, but they are,” Hamann said.

Hamann said a piece of federal legislation could go a long way toward changing perceptions of homelessness, and would also open the door to more services targeted toward homeless youth and families.

Changing the definition of homelessness

Congress first considered passing the Homeless Children and Youth Act nearly a decade ago. But, over and over again, proponents of the bill have failed to get the support necessary to pass it. Now, Barbara Duffield said, the legislation —  which was reintroduced for the sixth time earlier this month — would be a game changer.

“It would be tremendous for recognizing that children and families are experiencing homelessness at record numbers and that they are at great risk — particularly kids — of being trapped in this cycle,” said Duffield, the executive director of the non-profit advocacy group SchoolHouse Connection — an organization that aims to prevent youth and family homelessness.

“It’s a big problem for them because that is what their homelessness looks like,” she said. “Families with children aren’t going to be on the street. They’re afraid of having their children removed from their custody, so they will make any attempt to not be in public sight in order to keep their children with them.”

She said families also may avoid shelters out of safety concerns. Youth who experience homelessness without a parent or guardian avoid shelters and being out on the street for similar reasons, Duffield said.

More than 50,000 students in Illinois were classified as homeless during the 2016-17 school year, according to data from the National Center for Homeless Education. Of those 50,000 students, 83% lived doubled up, about 5% lived in hotels or motels, and fewer than 1% lived unsheltered. Nationally, there were more than  1.3 million homeless students identified by their school districts during the 2016-17 school year, and more than three-quarters of them shared housing with others, according to data from NCHE.

Patricia Nix-Hodes director of the Law Project at the Chicago Coalition for the Homeless, said her agency identified more than 83,000 homeless individuals living in Chicago during 2016 — and 80% of them lived doubled up.

“So it just doesn’t make sense. It doesn’t reflect the reality of how people experience homelessness in Illinois and nationally.”

What else does the proposed law do?

If the law passes, Duffield says homeless youth and families could be assessed and then eligible for the same services offered to those who currently qualify for help under the HUD definition.

The bill also includes youth and families defined as homeless by other agencies and programs be included in HUD’s homeless count. Nix-Hodes and Duffield say that legislative provision would lead to a more accurate number of homeless people nationwide.

Nix-Hodes said HUD only counts the number of individuals sleeping in shelters or out on the street at a given point in time.

“So when we’re looking at that data, we’re not gaining a true sense of the numbers or the extent of the problem, and the need for affordable housing,” she said.

Duffield said the law also lets communities set their own priorities when applying for funding from HUD.

“Essentially what HUD has done is, through requirements or through very, very heavy incentives, forced communities to prioritize single adults who meet this definition of chronically homeless,” she said.

The proposed legislation would bar HUD from prioritizing funding for programs that serve only certain homeless populations, and instead evaluate a program based on its ability to meet a community’s needs and demonstrate cost-effectiveness. 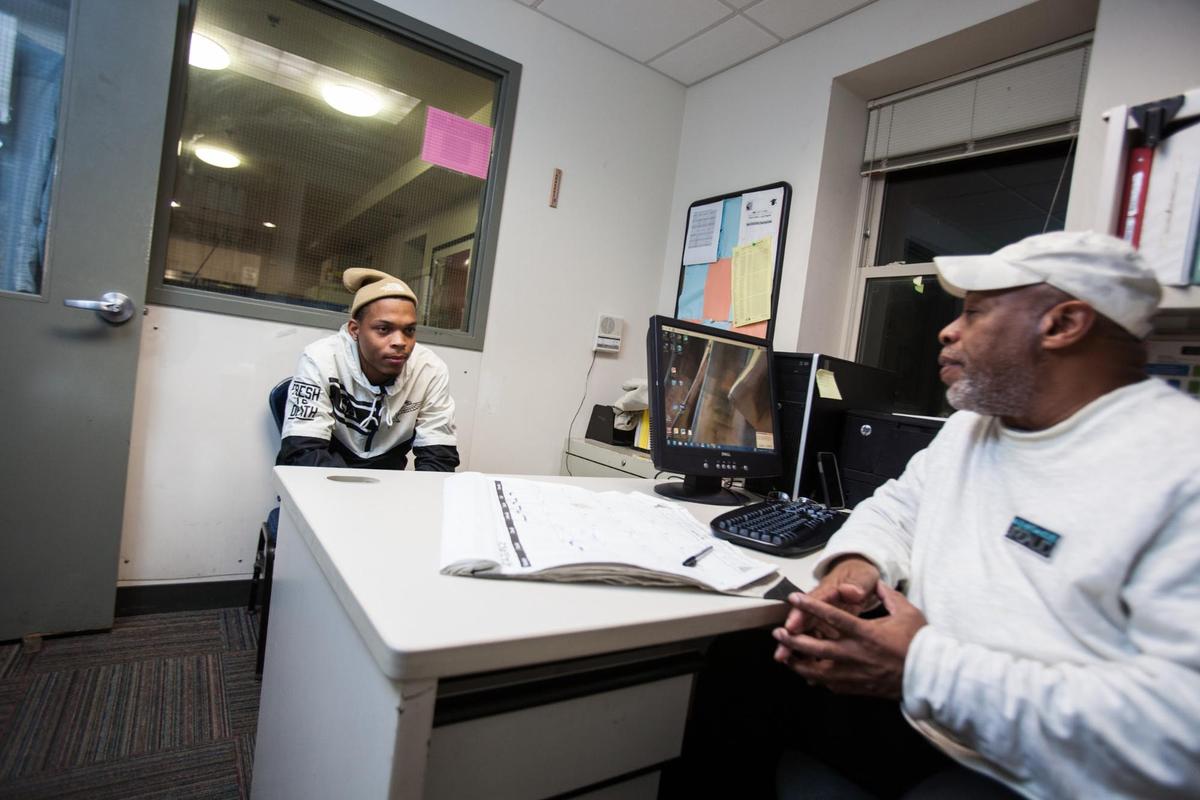 But not everyone thinks HCYA is a good solution, including the National Alliance to End Homelessness.

“Families that are doubled up or living in motels do have really important needs, but the most important need that they have is for an affordable place to live,” said Nan Roman, president of the National Alliance to End Homelessness.

“The issue that’s really affecting them is not that they don’t fit HUD’s definition of homelessness, but that we have this shortage of affordable housing in the nation.”

“It just makes a lot more people eligible for assistance without any additional resources,” she said.

But Duffield said the most vulnerable people aren’t necessarily the ones living on the street or in shelters.

“In order to get HUD housing assistance, you have to be assessed on how vulnerable you are,” she said. “And our contention is that many of the families who are shut out would be scoring very high — high enough to get services if they would only be assessed.”

But Roman said the proposed bill distracts from what she describes as the real problem: a lack of affordable housing nationwide.

Housing Action Illinois — a statewide group that advocates for affordable housing — hasn’t taken a position on the legislation, according to Bob Palmer, the organization’s policy director.

He said his group chose to focus on advocating for more homelessness prevention resources on the state level. Palmer points to the group’s efforts to restore funding to Illinois’ Homelessness Prevention Program, which was funded at $11 million in fiscal 2009 and currently stands at just under $5 million. Gov. J.B. Pritzker proposed increasing funding for the program by about $250,000. According to Housing Action Illinois, the program provides rental and utility assistance, which has prevented more than 100,000 families from sliding into homelessness since 1999.

The proposed HCYA isn’t going to substantially change the landscape for homeless families because it doesn’t address the root of the problem, Palmer said.

“None of it is going to make a difference if there is not additional public resources for permanent, affordable housing, whether it’s public housing, housing choice vouchers or low-income housing tax credits, or housing that’s available in the private market, so I think that’s where we need to put our energy,” he said.

Simply giving someone an affordable place to live isn’t going to solve homelessness, said Hamman, the CEO of the Night Ministry.

“People need more than walls. They need services and they need support,” he said.

If HCYA passes, Hamman said that could begin a transformation of the system to address the needs of homeless populations, including families and youth.

He said he understands the bill’s detractors fear an increase in homelessness numbers. But he added that to ask for more resources to address the problem, we need a better understanding of who and how many people suffer from homelessness. Without that clearer understanding, Hamman contends the number of homeless people will only increase.

“No one should ever be chronically homeless if we deal with them as soon as they become homeless, and we provide developmentally appropriate services to them,” he said. “It is a travesty that a young person is told you have to be homeless long enough to qualify for services.”

Duffield said HUD assistance is just one small part of the resources that could help children and youth experiencing homelessness. But including those children and families in HUD’s homeless count is crucial to devising solutions, she said.

“Prevention writ large is focusing on children’s needs and on the needs of youth,” Duffield said. “We have an opportunity with this legislation to reform the HUD homeless system so that they are accounted for and they can be best served — and in that way we can prevent adult homelessness.”