Nuclear opponents like Mary Lampert, founder of the citizens' group Pilgrim Watch, say "good riddance." She says Pilgrim — once rated the worst nuclear plant in the nation by regulators — was unsafe, unreliable and we didn't need the power.

"We have plenty," says Lampert. "Nuclear power has had its day. We are transitioning to a different type of electric economy."

Lampert is right. We do have plenty of power in New England, but from a climate change perspective, it's the wrong kind. Half of New England's electricity comes from natural gas, a three-fold increase in just 18 years. The world's leading scientists say we must "decarbonize" the world's economy by mid-century to avert a global climate catastrophe. More renewable energy resources are coming online, but solar and wind are intermittent, and the transition will take time.

For all its problems — radioactive waste, plant safety and cost — Pilgrim produced most of the carbon-free electricity generated in Massachusetts. It was more than solar, wind and hydroelectric combined.

The closing of Pilgrim is part of a national trend, and that's a problem, says Ken Kimmell, president of the Union of Concerned Scientists. A 2018 study by the group found a third of the nation's remaining 97 nuclear plants are in financial distress or scheduled to close prematurely.

"That's a lot of our carbon-free power," says Kimmell. "If we allow those plants that are operated safely to be shut down for economic reasons, and if those plants are replaced by natural gas, it makes decarbonizing our electric sector much, much, much harder."

Kimmel says we can't afford to lose safely operating nuclear plants before there are carbon-free alternatives. But bailing out financially troubled nuclear plants is expensive. When reactor operators recently threatened to shut down plants in five states, ratepayers bailed them out. The costs could come to more than $15 billion.

Two of the reactors were at the Millstone Nuclear Power Station in Connecticut. They generate 98% of Connecticut's carbon-free power. If Millstone had closed, just one nuclear reactor would be left operating in New England: Seabrook in New Hampshire.

Seabrook Nuclear Power Plant's long and controversial history dates back to the 1970s, when two reactors were proposed for the site. But cost estimates for the second reactor soared, and opponents fought its construction.

"We went after the plant on the grounds that it really was ridiculously expensive," says Douglas Foy, former president and CEO of the Conservation Law Foundation, who led the fight in court. "We eventually won that case, and the company eventually went bankrupt trying to build it."

The single Seabrook reactor is still the largest generating unit in New England. Its carbon-free operation is equal to taking nearly 700,000 cars off the road. And today, instead of trying to shut it down, Foy says Seabrook needs to stay up and running.

"In the early '80s climate change wasn’t on anyone’s radar," says Foy. "As we’ve learned more and more about its implications and the risks, I think all the cards have to be on the table — all the cards including, 'What's the future of nuclear power?'"

A Future To Bank On?

In the 1980s, the future of nuclear power was booming. Worldwide, a reactor went online every 17 days. But over the last quarter of a century just one new nuclear power plant has been licensed in the United States. The technology is too controversial, the construction too expensive.

The cost of building two new reactors in Georgia has skyrocketed from $14 billion to $28 billion, and they're years behind schedule.

This isn't an energy future you can bank on, says Paul Hibbard, former chairman of the Massachusetts Department of Utilities.

"I think there’s a lot of resistance among investors at this point in time to invest in new nuclear capacity," he says, "because it's not economic compared with the alternative."

Hibbard, now with the Boston-based Analysis Group, a global economic consulting firm, says electricity generated by wind and solar is now cheaper than nuclear in many places.

"Until the fundamental economics of constructing and operating nuclear plants changes," says Hibbard, "I don’t see a lot happening other than investments to maintain and to safely operate the existing nuclear assets."

But not everyone agrees. Jacopo Buongiorno, head of the MIT's Center for Advanced Nuclear Energy Systems, says that in a climate-changing world, we can't afford not to build new nuclear power plants.

"Nuclear still has to play a big role, and that is because if you exclude nuclear what are you left with?" he asks.

Buongiorno led a recent campus-wide study on the future of nuclear energy.

"Our analysis shows that the most effective and frankly least-cost path toward decarbonizing our economy includes nuclear energy," or, he says, another low carbon energy source available on demand. Renewables aren't. You can't control when the sun shines or the wind blows. And while the price for large-scale battery storage has been falling dramatically, it's still expensive.

So MIT professor Buongiorno argues we will need new nuclear power — and a lot of it — to fuel our carbon-free future.

"You want as many shots on goal as possible" he says. "You don't want to lock yourself onto only one path — in this case, it would be renewables plus storage.

"Because if anything in that path fails, you don't have an alternative solution."

Buongiorno and others have spent years considering advanced designs for a new generation of nuclear power plants, including small, modular reactors that can be floated to sites when power is needed. It's part of re-thinking the nuclear option in a climate-changing world.

This story is Part 1 in a series on the future of nuclear power. Part 2 is here. Part 3 is here. 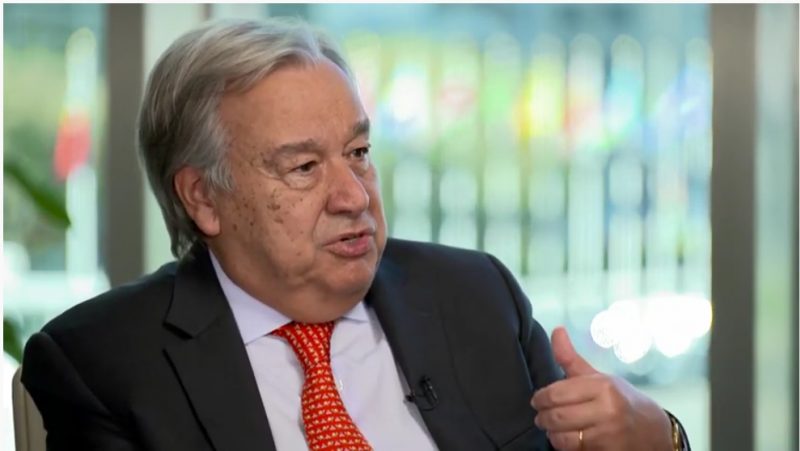